Lucas "Thirdkoopa" Guimaraes
Content Manager
Lucas "Thirdkoopa" Guimaraes is a Super Smash Bros. fan who currently resides in Washington State. He's also an Indie Game Producer/Director, Collector, Composer, Writer, and plenty of other things; a complete game development jack-of-all-trades. He works on seeing the best way to get the most content for the users and writers. If you want to talk with him more, definitely check out his Twitter
Jackson Parodi: The Man and The Accordion
Jackson Parodi, a video game music-focused performer, has appeared at several events, including Zeldathon and AGDQ. A man of action, he recently made it out to Smash the Record, a charity event, and helped raise $50,000 dollars for the St. Jude Children's Hospital. This is his story.
Continue…
Now is the Last Chance to vote HungryBox for Best eSports Player at The Game Awards!
Super Smash Bros. has been included in The Game Awards for Best eSports player. This category is presented by Omen and meant to judge the most outstanding performer in 2016, without taking account the game. An award such as this is something HungryBox is very deserving of, having worked to be one of the first sponsored and full time players of the game. It would also be incredibly hype for the Smash community, seeing that it'll garner more eyes to Smash Bros.
Continue…
Genesis 4 to Feature Player Nominations; Catherine, SFV, Towerfall and RoA Side Events Announced
Genesis 4, the fourth installment of one of competitive Smash's most-beloved event series, is nearing. Today, they announced a boatload of information, including the addition of four new titles as side events.
Continue…
EVO 2017 to be in Vegas' Mandalay Bay for its Entire Duration 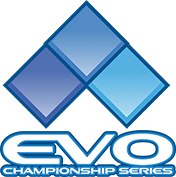 The trailer has been released for the biggest fighting game event: EVO 2017: The trailer contains several moments from Super Smash Bros Wii U and Melee, with a venue and location announced.
Continue…
Smash the Record Raises Over $50,000 for St. Jude's Children's Hospital 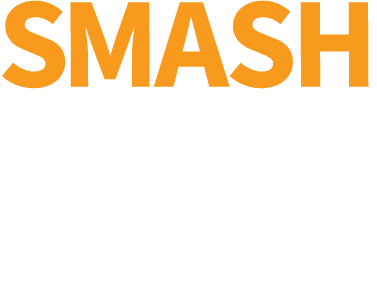 Thanks to the efforts of Jackson Parodi, Raging Cherry, WFX Shroomed, VGBootCamp, The Crimson Blur, and everyone who helped to the event, over $51,000 was raised for St Jude Children's Hospital. - A new Smash the Record event was reached as a stretch goal, too.
Continue…
Battle on the Strip to feature a $5000 Smash Wii U Tournament with an Online Qualifier
Ultimate Media Ventures has announced Street Fighter V and Super Smash Bros. for Wii U in the next set of games featured for its pro-am Battle on the Strip tournament series.
Continue…
Rivals of Aether eSports Circuit
The indie team behind Rivals of Aether have opened on an eSports circuit a month ago. The key difference in this eSports circuit is it’s heavily online centered. Every Saturday, matches take place online as part of the Rivals of Aether circuit.
Continue…
Are You Addicted To Smash?
Omni created a video called "Are You Addicted To Smash". These signs include "hearing buttons over nothing going on", "stopping from playing other games", and "playing every game like Smash".

As per Omni's usual, his outgoing personality is showcased, but this one follows a more "Vlog" format rather than having him fit in more jokes as he uses examples from his own stories with people to correlate to their possible Smash Bros. addiction.
Are you addicted to Smash? In Omni's newest video, he might have the answers for that..
Continue…
Dan Fornace: From Hobbyist to Career
Read the article and stick around for info on a giveaway 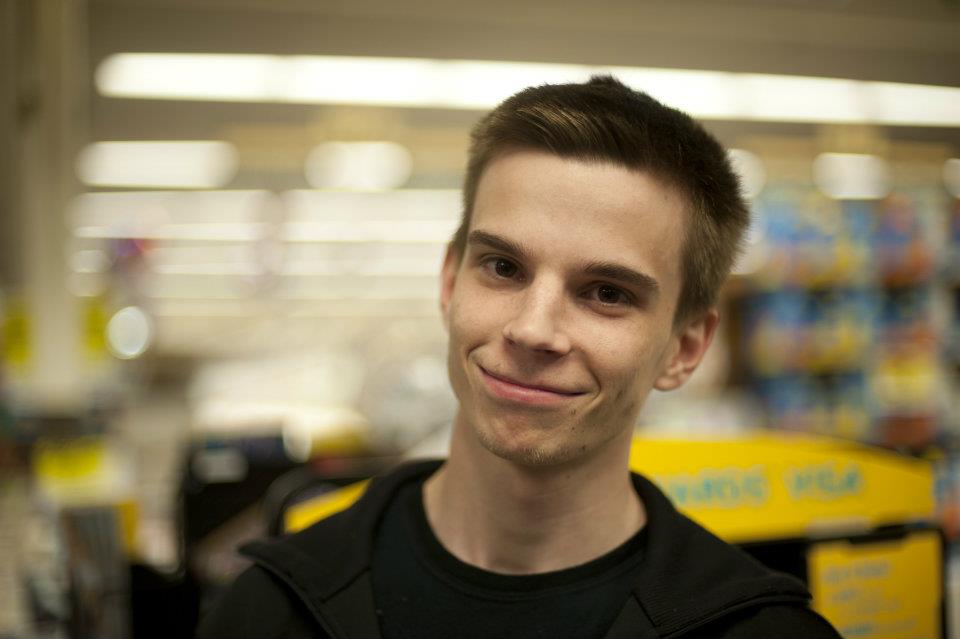 Dan Fornace, the lead behind Rivals of Aether himself​
A few years ago, a young ambitious mind by the name of Dan Fornace decided to create a student game while he was in college. That game, Super Smash Land, ended up changing from a hobby to a career. Unlike many other Smash Success stories, Dan’s life doesn’t follow the same suit of one day waking up and seeing the game blow up.

Dan Fornace is currently residing in Seattle, WA, and he works on the game full time. As an independent developer for the past few years, he’s been doing what he loves, but there’s always a lot on his plate.


How it all started​

Rivals of Aether next to Super Smash Land​
Dan Fornace started as a student...
Continue…
Illinois-based UGC to host 'Open' Tournament in December, $40k Pot Bonus Announced
A new tournament has been announced that will be hosting Super Smash Bros. Melee and Super Smash Bros. for Wii U.
Continue…
5 MORE Kinds Of Smashers You'll Most Likely Encounter 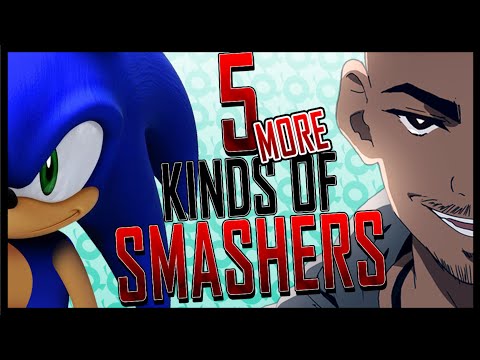 Omni recently created a sequel video to his previous video "5 Kinds of Smashers You'll Most Likely Encounter" video. The previous video covered over types such-as "The One More Gamer" that always convinces them to play one more game, and "The Low Tier Mainer"

This sequel video features elitists, theorists, and top tiers. While this video is a bit longer than Omni's previous video, his outgoing personality is still showcased.

Do you know these kind of Smashers? Are you one of these kinds of Smashers? Did you see Omni's previous video or is this your first one? Leave a comment and let us know!

Continue…
ArtsyOmni: More than just Smashified
In 2006, the fan community for Super Smash Bros. wasn’t that widely known, but one talent always stuck with the community, whether it was underground or popular. That talent was ArtsyOmni, known for starting a series called Smashified, where he and a group of other artists create characters to demonstrate how they would look like in a Smash game. When he’s not at his day job, he’s often found working at his computer desk on art. Sometimes he’ll make his way out to a convention.
Continue…
JisuArt: The Mystery behind Her Art
In 2013, when the Smash Bros. scene started rapidly expanding, great talent was discovered both in and out of the game itself. One such artist was JisuArt, known for her art featuring top-tier gaming/pop culture products. She's often found selling them at her booths at many events including Genesis 3, Super Smash Con 2015/2016, Pound 2016, The Big House 5, and EVO 2016.
Continue…
CLG's Keitaro on Organizing, Production Values and Commentator Selection 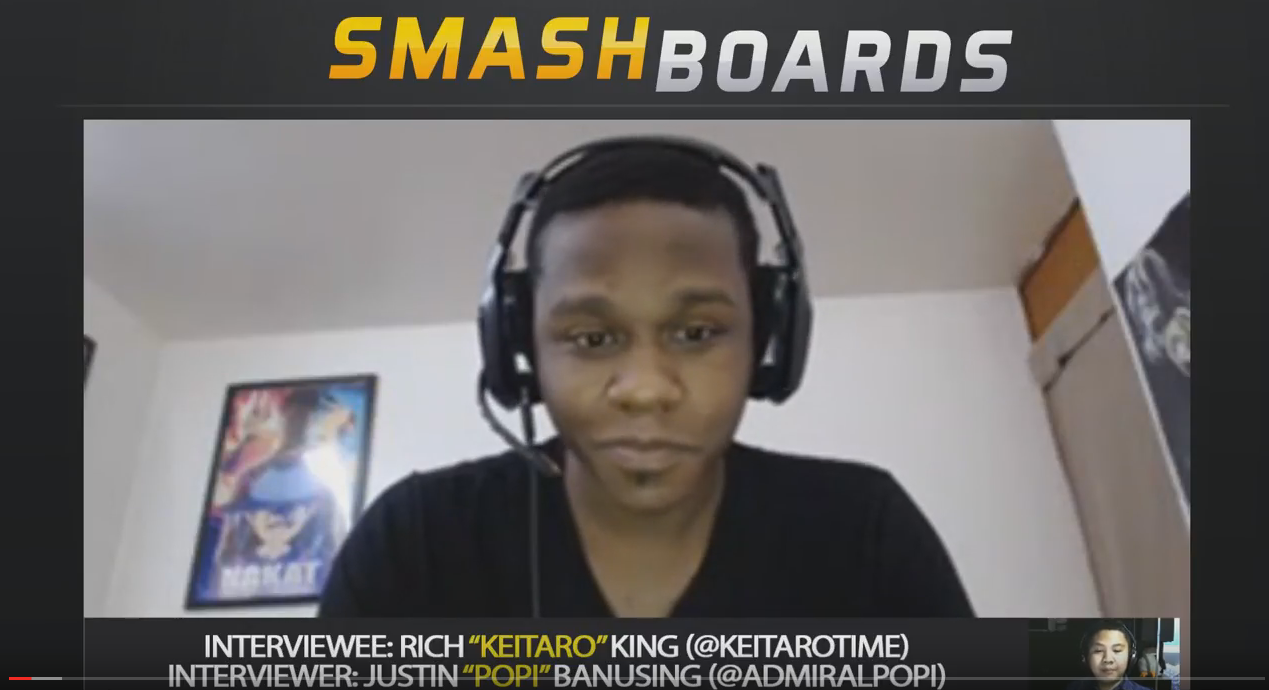 Smashboards is here with a new series - Interviews. From this point on, we’ll be releasing more and more video content alongside our standard spread of written ones.

Smashboards’ editor-in-chief, Justin “Popi” Banusing, recently had the chance to talk to Rich "Keitaro" King of Counter Logic Gaming over Skype for the first episode of the series. Talking about organizing tournaments, production values and commentator selection at events, Keitaro shared his thoughts about where Smash is now and where it might and should head into the future.

For the uninitiated, Keitaro currently serves as CLG’s video production specialist. Before this, he was already an established member of the community, known for hosting the long-running New Jersey-based KTAR series. He is also the second half of Rush Hour Smash, a YouTube channel dedicated to Super Smash Bros. for Wii U content creation.

The Melee Games, the collegiate league dedicated to the players of Super Smash Bros. Melee, and ran by Matthew Zaborowski and Jesse Hurtz, is back for Season 6. The brand new season starts registration on August 15th.

The new plans for this season are:

Continue…
SmashBoards Writer Interview (#7) - Liberation!
Welcome to SmashBoards Writer's Interviews! This is a series that will appear at twice every month covering a writer. These are more casual interviews, but depending on the interviewer, we leave it up to you whether they'll answer further questions.

This week we have SmashBoards Writer Liberation! He does a lot for the community even if he's more of an underground man, so please, give it up for Liberation!
Continue…
Announcement + Trailer for Get On My Level 2016
Featured in Ontario Canada, Get On My Level (2016) was announced recently at May 21st to May 22nd at the Queen Elizabeth building. Get On My Level will contain singles of all four Smash games and doubles of Super Smash Bros. Melee & Wii U. The event will feature a 5k pot bonus for Smash Bros Melee & Wii U Doubles and a 1k pot bonus for Smash Bros Melee & Wii U Singles.
Continue…
SmashBoards General Interview #1: ZeRo
Welcome to SmashBoards Writer'- Oh, this is a twist. The start of something new? General interviews? Starting with the one and only famous Smash 4 player ZeRo! - It makes sense considering even he was a SmashBoards writer.

In the future, these general interviews will have a bit more of a twist. Without further due still, please, give ZeRo a nice welcome!
Continue…
SmashBoards Writer Interview (#6) - PikaPal!
Welcome to SmashBoards Writer's Interviews! This is a series that will appear at least twice every month covering a writer (or someone important to making the front page the way it is). These are more casual interviewers, but depending on the interviewer, they can be asked further questions by the users!

This week we have SmashBoards writer Pokemon64ism! Oh wait, he's now making a name change to MrPikaPal! That's cool! He's motivated, inspired, and an all around interesting Smasher. Give him a warm welcome!

Liam wondering when his interview will finally be posted up​
Thirdkoopa: Tell us a little bit about yourself!

PikaPal: First of all, thanks for having my for this interview! My tag 64ism and I've been playing Smash Bros. for as long as I can remember. I've lived in Canada all my life. My main interest outside of school and Smash is music. I love everything about it...
Continue…
SmashBoards Write- Editor Interview (#5) - DtJ Composer!
Welcome to SmashBoards Writer's Interviews! This is a series that will appear at least twice every month covering a writer (or someone important to making the front page the way it is). These are more casual interviewers, but edepending on the interviewer, they can be asked further questions by the users!

This week, after quite a long wait, we have SmashBoards writer DtJ Composer! Well, more-so editor. Taking the hard working role of editors before him, he's a one man team that skims over articles to get them to the quality they need to be. It's a lot on his back, but he's definitely been a help from the shadows on board. With jazz hands and a jazz band, welcome DtJ Composer!

DtJ Composer in his usual... habitat? Even I've got nothing. Look, straw hats!​
Thirdkoopa: Tell us a little bit about yourself!