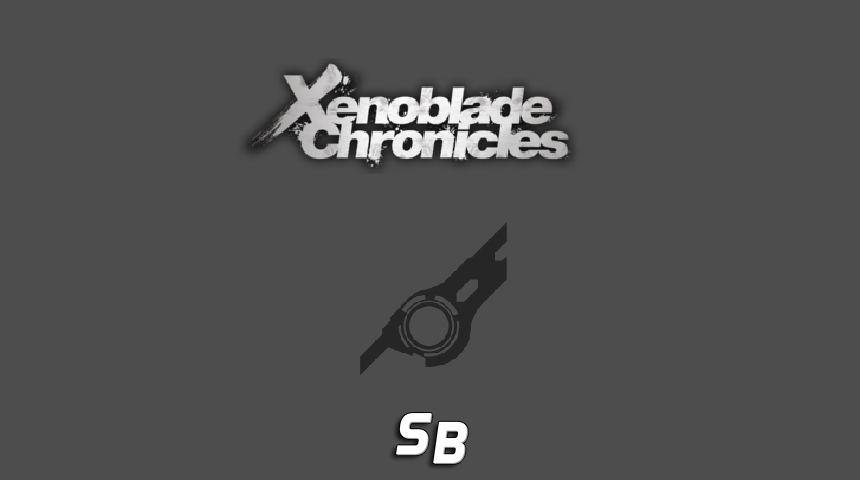 Xenoblade is one of Nintendo's newest franchises, making its Smash debut in Super Smash Bros. for 3DS and Wii U with Shulk as its sole character, plus Gaur Plain as its sole stage.


Returning Characters​
Shulk will probably return; I doubt they'll take the replacement route for him.


New Characters​
Pyra and/or Rex, if any. Beyond that, it's hard to see anyone else being added aside from maybe Elma.

Author's Note: What are your thoughts on the Xenoblade franchise? What Xenoblade related content would you like to see in Smash for Switch? Let us know in the comments below!

Bring it all
Nia & Dromarch or bust.

For me it’s Elma or bust. But then again I have yet to play XBC2.
If Rex/Pyra got added, then I think Leftherian Archipelago should be the Xenoblade 2 stage. Gormott Province is too similar to Gaur Plains.

As for Elma, her stage would likely be Primordia, with New Los Angeles in the background.
Don't overestimate XBC2's chances, you can count the amount of times that same-generation debuts have gotten into Smash on one hand. (And even then most of them are clones or Pokemon).

Altais said:
If Rex/Pyra got added, then I think Leftherian Archipelago should be the Xenoblade 2 stage. Gormott Province is too similar to Gaur Plains.

As for Elma, her stage would likely be Primordia, with New Los Angeles in the background.
Click to expand...

I agree with this.

Oh how I hope we get Xenoblade chronicles 2 content. It was a wonderful game and it would be so sad not to get anything. It's perfect for Smash.
Best case scenario: Elma in base game, Rex & Pyra as DLC.


PSIGuy said:
Don't overestimate XBC2's chances, you can count the amount of times that same-generation debuts have gotten into Smash on one hand. (And even then most of them are clones or Pokemon).
Click to expand...

I have discuss this a lot in Smash Bros thread, the only thing that XC2 has disadvantage is it is too new.
So I don't hope too much for Smash Bros have XC2 rep announced in E3, probably XCX rep and then XC2 rep announced when we nearly at the game's launch and they will be day 1 free patch.
Even though Xenoblade chronicles 2 had boring gameplay as hell, I do love the characters and it would be nice to have Rex and Pyra in the game!
Elma will totally get in over Rex w/ Pyra

praline said:
Elma will totally get in over Rex w/ Pyra
Click to expand...

I prefer Cross than Elma, and why not both?

The chance is slim, sure, but never say never about Xenoblade getting more than 1 new rep.
Last edited: Jun 7, 2018

The chance is slim, sure, but never say never about Xenoblade getting more than 1 new rep.
Click to expand...

The default name of XCX's avatar.

I mean with how you got Robin from Awakening in Smash 4... I won't be surprised if they have XCX's avatar Cross as a rep... Even though he is more silent than Robin.
Last edited: Jun 7, 2018
I’d prefer a multiplayer patch for XBC 2 honestly.

Obviously 2 switches would be required.
Hopefully we'll at least get a better idea of who, if any, to expect in Smash in a few days. I'm personally rooting for Elma and Rex & Pyra/Mythra. Even though I want Elma more, I don't think one character trumps over the other in terms of likeliness. In the end, I'll be grateful for any additional Xenoblade content as a fan of the Xenoblade series.
Shulk will return, Rex and Pyra team is very likely, can i have the whole Xenoblade and Xenoblade 2 OST in smash please, ok sorry.
What i think

Elma: I would LOVE Elma to appear here, it is very unlikely though, the game wasnt as popular as XC2, yet it is still an amazing game. OTT, its rumored that the next XC release will be Xenoblade Chronicles X2... which, if continued from X's original story (very very unlikely, less than 5% chance since the story is pretty much over) there is a slim chance of elma cutting it in... Sadly, i dont see Elma appearing in smash 5 being realistic... Don´t see Lin, Tatsu or the protagonist in at all, 0% possibility for them

Rex: Rex is 99% sure making it in, XC2 was an amazing super popular game. This character alone would make up for Elma not getting in. There is a chance that Rex will be with Pyra as a single character with some sort of mechanic... maybe with Mythra too? Roc? Nia?... maybe Adan with Mythra will be a Rex-Pyra echo... this character alone has me super excited

Pyra/Mythra: Maybe they will be released as an alone character (?)

Morag/Zeke: I'd LOVE any of these 2, specially the zekenator... Zeke would be kind of like an electric Ike echo, which would make the morag possibility more interesting though... overall, it is very very unlikely that any of these 2 would join in

Tora/Nia: they have a bigger chance of appearing than morag or zeke... they just seem boring compared to them... maybe nia will be accesible through rex's character

Xenoblade games are amazing, eventhough they dont share the same characters/stories, these games always provide me hundreds of hours of fun each both storywise and gameplay wise... I see this franchise evolving greatly... sadly, the franchise lacks its "mario", which could make it kinda akward for future smash releases, but who said that having the same character for a videogame franchise is a bad thing?... As of right now, xenoblade games earned the spot in my list where i will always buy the new release no matter what, just like mario, or zelda games
You must log in or register to reply here.
Share:
Facebook Twitter Reddit WhatsApp Email Link
Top Bottom