Wiglett has been Revealed for Pokémon Scarlet and Violet

Introduce yourself here!
Guides and Tutorials for both new and old users alike.
Got a question? Ask it here - our staff will be happy to assist you.

Discuss all information regarding the competitive metagame for Ultimate.

Discuss the online modes for Super Smash Bros. Ultimate or find other players for online play.

Ultimate Videos, Livestreams, and Other Media

Tournament, friendly, combo, and other miscellaneous videos should be posted here, along with other forms of media relating to Smash Ultimate, including podcasts and screenshots.

General discussion for any platform fighter that does not have its own forum.

The My/ Your Platform Fighter Concept!

Come here for some general discussion about Melee and to talk about different strategies and tactics. Search before asking questions.

For those playing with ADHD

Can you guys give me tips on my doc?

Melee Videos, Livestreams, and Other Media

Tournament, friendly, combo, and other miscellaneous videos should be posted here, along with other forms of media relating to Melee, including podcasts and screenshots.

The room for general, miscellaneous discussion. Current events, media, sports, whatever is on your mind.

Come here to talk about everything Nintendo! Retro or modern systems; games & series!

Go here for a variety of competitive forum games! Test your skills in Mafia, RPG, Diplomacy, and more! ARE YOU MVP!?

Enjoy some casual forum games with your friends! Post counts are disabled here.

Some dumb roleplay thread, I guess (Warning, it's not dumb)

For more serious topics generally not suitable for the main boards. Strictly moderated, users who demonstrate the ability to civilly discuss these topics here will be granted access to the Debate Hall.

Do you guys think a third major political party in the United States of America should be made?

Discussion for topics relating to tournaments in general, including strategies, organization, rules, rides, and housing.

List your tournament here for the world to see. If you're searching for a tournament near you or if you're trying to host a tournament this is the room for you! If you want to see a list of upcoming offline events via our calendar, click here!

Discussion for topics relating to your region.

Announce, promote and discuss online tournaments for any of the various Super Smash Bros. games!

Post the results of your tournament following its completion.

S
Who is the best Smash player over all titles

Discuss the development of your Smash websites and apps

The place for all your melee customized content goodness.

Photos i took on Garry's Mod
Remove all ads and support Smashboards!
Get Premium 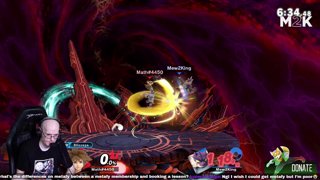 Perkilator
Decided to do a roster for a Project X Zone that took the "Everyone is Here!" approach:

FazDude
So I got a Pandora's Box for my birthday, which is this little arcade stick which plugs into your TV and gives you access to all sorts of retro games. Here's my thoughts on the product so far:
Overall, I think this package has a lot of potential. Might pop out the SD card to reduce some of the bloat and add my own (legally acquired) games, but what you get out of the box is better than I expected!
Yesterday at 9:27 PM •••

Internal Frickface . I present you both with this exquisite gift.

Remove all ads and support Smashboards!
Get Premium
Top Bottom