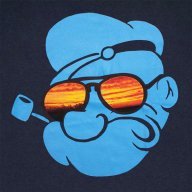 Banned via Warnings · From Somewhere... overthinking something