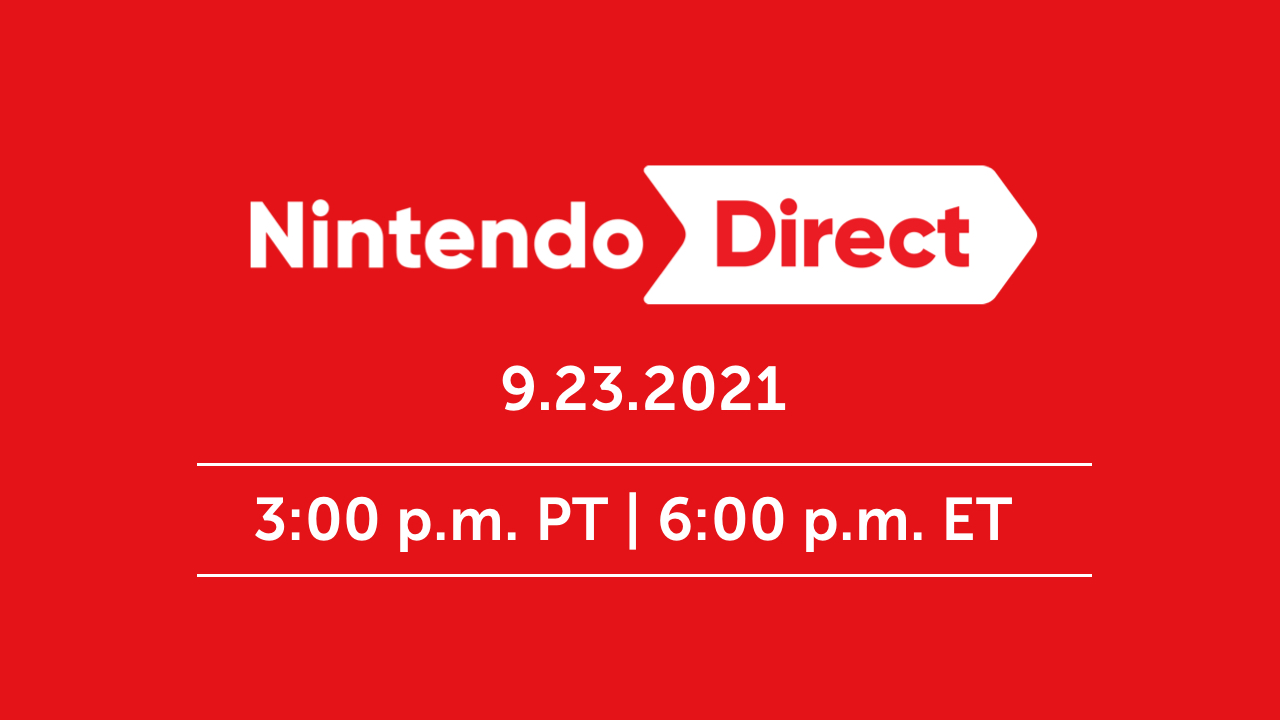 After nearly a month of speculation, Nintendo has finally announced the date of their next Nintendo Direct for Thursday, September 23rd at 3pm PST/6pm EST. The Direct will provide roughly 40 minutes worth of reveals and sneak peaks at upcoming Nintendo titles.

Tune in 9/23 at 3 p.m. PT for a #NintendoDirect livestream featuring roughly 40 minutes of information focused mainly on #NintendoSwitch games launching this winter. pic.twitter.com/feHBEKfHPG

Based on past Directs that have aired around the same time of the year, we will most likely be learning about Nintendo's plans for early 2022. Additionally, we may even get more info on Nintendo's holiday lineup which includes big titles like Metroid Dread and Shin Megami Tensei: V. Regardless, there is a lot to look forward to tomorrow.


Author's Note: What do you think will be announced in tomorrow's Direct? Also, what are you HOPING gets announced? Let us know in the comments below!
Last edited: Sep 22, 2021

Why Reimu? I had to look up who/what that was, I had never even heard of the Touhou Project, must less any kind of discussion related to it being represented in Smash (Not saying she shouldn't be in Smash, just surprised to hear that name as an option and wondering why you think it's a possibility over other popular picks).
I don’t think they’ll reveal fighter 11 then and there, instead announcing a Smash Ultimate Final Presentation like they did with 4

SlickWylde said:
Why Reimu? I had to look up who/what that was, I had never even heard of the Touhou Project, must less any kind of discussion related to it being represented in Smash (Not saying she shouldn't be in Smash, just surprised to hear that name as an option and wondering why you think it's a possibility over other popular picks).
Click to expand...

To start, she's a SHMUP character, more specifically a Bullet Hell character, which is the genre that got Sakurai his first job in the game industry in the first place. She's also an indie game character from Japan, which means they won't have to travel to, I dunno, Sweden for negotiations (Looking at you Steve), and you could basically call Touhou Project the indie gamer's own Dragon Quest what with how much of a titan it is culturally. Thirdly, ZUN, the beer-fueled creator of the franchise, is not only EXTREMELY LAX with the copyrights to the point of there being endorsed fangames with the Touhou name, but he also says he wants Reimu in Smash, too! Oh, and do you know how many memes originated from Touhou? You take a look back and you might find that your favorite meme spawned from Touhou!

I'll pretty much be in bed at that time. Will probably try my best to stay awake if I can.
I ony have a few hopes:
Only one I can say for sure will happen is one last push for Metroid Dread before release.
Tomorrow could pretty much be the day that the final DLC fighter gets revealed. Crash is most likely praying that he's the final fighter right about now.
Safe Predictions:

Shin Megami Tensei V trailer, with an announcement of another atlus port

A reminder about pokemon, arceus coming soon, unite is on mobile now, and diamond and pearl remakes coming sooner.

not so safe predictions

Pikmin 4: It is real and it is happening.

paper mario all stars (1-2 and super)

star tropics 2 coming to nso
I‘m hoping we get some news on CP11, Mario Party Superstars, and more retro consoles for Switch Online tomorrow, and I’m expecting Metroid Dread and SMTV will get announcements.

airs roughly after we'll have had supper at home
Click to expand...

Well, mum's work schedule is oddly beneficial for this time around.
What will happen

What I hope will happen

Miitopia 2
64 Online
New DKC
Mario Kart 9/Mario Kart Maker
It just had to be at 6 p.m. I’m gonna be at work at that time. Well I guess I’ll just have to wait until my lunch break to watch it.
Ngl I'm not expecting too much new stuff. They already have a solid lineup for the next four months.
I'm assuming this direct is going to be mostly fluff, but hopefully we get at least two new announcements.
3d Kirby lets go!
You must log in or register to reply here.
Share:
Facebook Twitter Reddit WhatsApp Email Link
Top Bottom