This player from Buenos Ares, Arengtina has taken sets off of players like NickRiddle, Seibrik, ANTi, and even TSM ZeRo (who was his old training partner) in Brawl and have over 20 top 5 Brawl placements to his name. On top of this he's also the second best Smash 4 player in Brazil.
News
Continue…
Sol Signs with Noble eSports!
Sol, the fan favorite Little Mac main, now has a new sponsor! On December 31st, 2015, Noble eSports, a high professional eSports organization, announced that Sol would be their first Smash Bros. pro.
News
Continue…
Maverick Signed By True Ambition!
Another Smash 4 player has been signed in eSports today with @M@v now being a part of True Ambition! Mav is currently power ranked as number one in the Pennsylvania (Pittsburgh) power rankings and is a member of the Smash 4 Backroom here on Smashboards and regularly places high in events locally as well as in Ohio.
News
Continue…
SFAT Signed By Counter Logic Gaming!
After a small tease by SFAT and PewPewU, Counter Logic Game officially announced that SFAT would be joining there team on twitter. SFAT is currently ranked number two in NorCal's power rankings and has impressive placements such as CEO 2015 (9th), Evo 2015 (17th), HTC Throwdown (7th), and The Big House 5 (7th). This also means that one of the most famous teams of Melee, 'PewFat', will now be under the banner of CLG!
News
Continue…
Smash 4 Final Video Presentation Recap
As Sakurai set to close the curtains on Smash 4, our excitements could not be contained. Whistles blew on hype trains across the world as Smash fans settled in for what was to be the final video presentation for Smash 4. We got many amazing announcement that are sure to entice. For those who have yet to watch the direct this is the final warning before we get to spoilers, so turn around now or learn what Smash 4 still has in store!
News
Continue…
[Source Gaming] Join us for the Final Smash Broadcast!
In collaboration with Smash Weekly, Source Gaming will be hosting SourceCast #6, LIVE! The show will begin an hour before the Final Smash Broadcast. The pre-show will be spoiler free (please be careful of the chat), so for people avoiding the recent data mining leaks will not have to worry about that.
News
Continue…
[Source Gaming] Sakurai Talks Fire Emblem in Smash, End of DLC 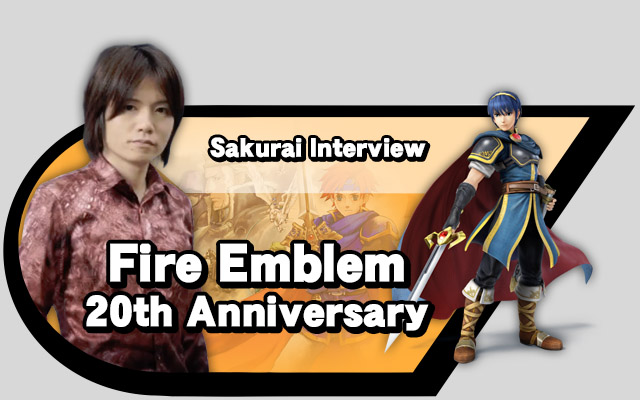 Source Gaming has translated a new interview with Smash series creator, Masahiro Sakurai. The translation was led by soma. This interview comes from the Fire Emblem 25th Anniversary Book which was released in Japan a couple of weeks ago.

In it, Sakurai discusses Marth's potential inclusion in Smash 64 and how he's approached Fire Emblem in Smash. There's a lot of interesting tidbits in this interview!

For example, Sakurai discusses his approach to Roy's design in Melee.

Interviewer: The direction the character was going in changed two or three times, and his outfit was also changed three times—or so I’ve heard.

Sakurai: When I first heard a description of Roy’s character, I felt he was a bit more energetic, had a bit more strength inside of him. So, in comparison to Marth, whose sword is stronger at the...
Click to expand...
News
Continue…
Official 2015 Melee Tier List & Community Lists Released
Over the past few years top players have pushed the metagame for Melee to new heights. As new techniques have been discovered and old techniques have been perfected and applied more consistently; match-ups have been taken into new directions and the dominant characters have changed. Smashboards polled played ranked in the Top 40 of either the Smashboards or MeleeItOnMe rankings during 2015 and complied the data to create the next official update to the tier list for Super Smash Bros Melee. The previous release can be found here for reference.