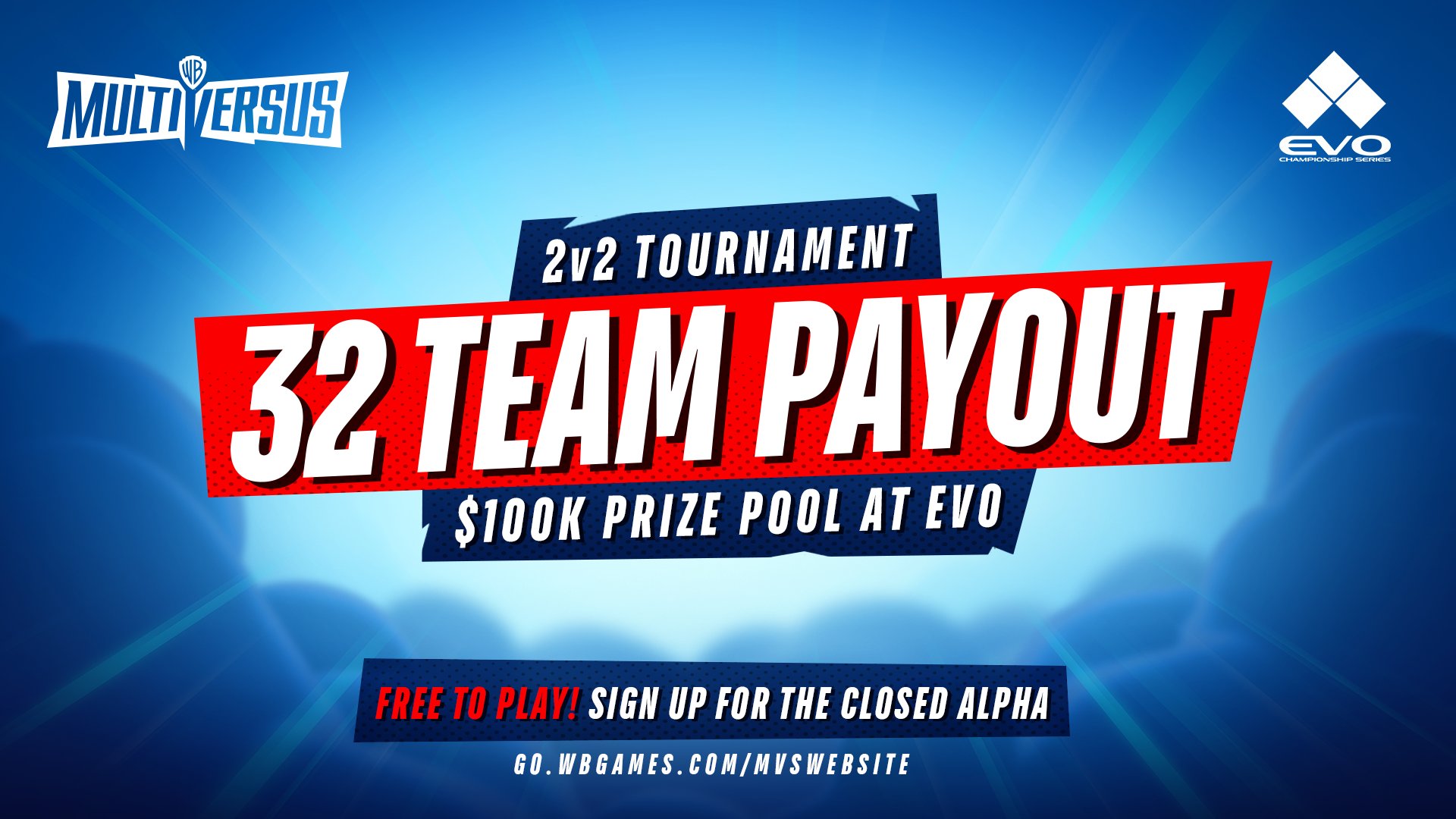 After a long drought of MultiVersus news, it seems we are finally getting some proper updates on the highly anticipated Warner Bros. platform fighter.

Today's news was started with a nearly 19 minute video showcasing MultiVersus gameplay. Developers of the game played off against pro Smash players Tyrell "NAKAT" Coleman and James "VoiD" Makekau-Tyson. You can check out the video below:


At the conclusion of the video, it was announced that a Closed Alpha of the game would be available on May 19th to selected people who signup. MultiVersus director Tony Huynh confirmed on Twitter that this Alpha will be NDA free, meaning that players are free to talk about the game without fear of getting in trouble. You can sign up for the Closed Alpha here.

Last but certainly not least, the MultiVersus Twitter account announced that there will be a tournament event at this year's EVO, with a total prize pool of $100,000. It will be a 2v2 tournament and the top 32 teams will be eligible for the prize money. Registration for the event begins on May 30th.

MultiVersus is headed to @EVO with a 2v2 tournament hosted by @wbgames awarding the top 32 teams! Grab your teammate and sign up for the Closed Alpha at https://t.co/It28WAhEoD to hone your skills. #Evo2022 registration opens 5/30! pic.twitter.com/ZWhCTtfT8P

MultiVersus fans are eating good after today. Let's hope updates like these aren't just a one-time thing and we get more in the upcoming months.


Author's Note: What are you most excited about from today's news? Let us know in the comments below!