ZeRo to compete in Smash Ultimate under new sponsor 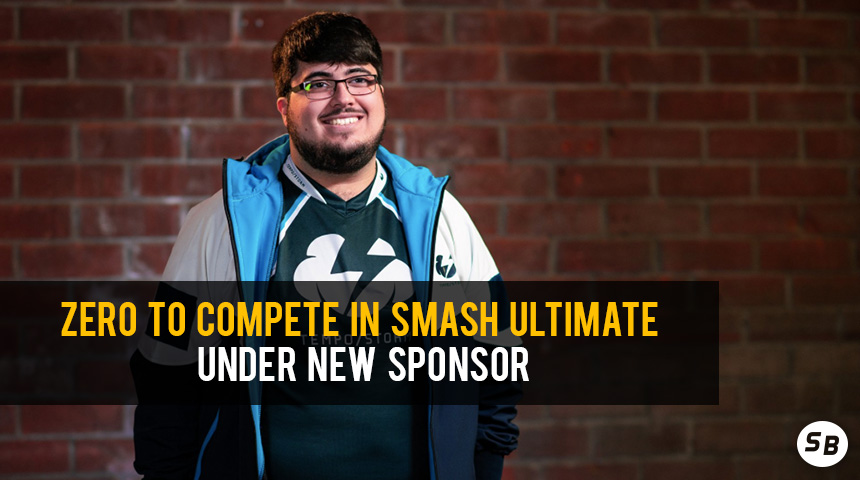 I'M BACK TO COMPETING IN SMASH TOURNAMENTS!!
Now under the @Tempo_Storm banner!

Expect a Youtube video from me in 2 hours going over details, as well as my Reddit AMA currently on going for questions. I'm also streaming soon to answer anything.

SEE YOU GUYS IN ULTIMATE!!!! pic.twitter.com/Ye1izWmDvo

Prior to this, he had been a member of Team SoloMid since August of 2015. Prior to this announcement, rumors had been circulating that ZeRo was leaving TSM for another team, and the team’s branding had been featured less prominently on his stream and Youtube content.

To celebrate, he is now conducting an AMA here and he’s doing a giveaway with Tembo Storm with two Nintendo Switches as the grand prize. His introduction video to Tempo Storm can be found here,


ZeRo's Smash Bros guides and gameplay can be found on his YouTube and Twitch channels.

Author's Note: What do you think? Excited for ZeRo competing with Ultimate? Let us know in the comments below!

Do they pay better or something? Or have better benefits? Or scheduling or something else? Anyone in the business know what the main differences are?
DeltaSceptile said:
First off, all star looks like **** because it is no longer multiple matches, and instead looks like just a reskinned endless smash. Second, spirits are quite literally custom parts but instead they are characters so you’re tricked into being satisfied by collecting them. And from what i could see out of that direct, mob smash doesn’t seem to have all the things that made it fun, like 3 and 15 minute melee. Also who could possibly call this the ultimate smash if it doesn’t have any form of target smash, and no trophies? Now there is no purpose to the vault, and I’m pretty sure I’m not the only person who was disappointed by that. I’m just saying, in terms of SINGLE PLAYER content, this game sucks. Sure, the amount of options for vs matches is pretty much endless, and honestly quite cool, but without stadium modes, this really just doesn’t feel like smash anymore.
Click to expand...
But let's be honest, after the first few weeks, barely anyone plays the Single Player content once they've unlocked everything. You get all the stages, characters and trophies, then never really touch it again.

All the best to ZeRo.
Let's see how he fares in Smash U. He does pretty well in Melee for how not-so-long he played it.
I'm so sorry for this...

Who is ZeRo?
KneeOfJustice99 said:
I'm so sorry for this...

Who is ZeRo?
Click to expand...
I think he was one of the best if not *the* best Smash 4 player worldwide
He better main Diddy yet again.
It's good to see ZeRo back, I just hope he doesn't get obsessed and overwork himself to exhaustion again
I wanna see him truly prove himself by using one of the biggest jokes: Pichu. (I say that but but I’m totally gonna main the **** out of him.)
Last edited: Nov 11, 2018
A surprise to be sure but a welcome one.
A surprise to no-one. I just hope he won't dominate the entire competitive community again, because early Smash 4 got real boring to watch when you knew who was going to win.
Not much of a surprise, but good to see him back. He's a great player. Hopefully people will stop hating on the guy, just because he' is good.
great. now nobody is going to win
I don't really know why everyone's so grim about the idea. To be completely honest I'm glad he's coming out. If this game has any chance of succeeding, it needs good players. Good players bring the new players and after that last direct, Ultimate will need the publicity. Not only that, but having good players gives a reason for other players to come and join the fight. Many join Melee because, simply put, there's quite a lot of competition out there. If we have little to no competition then why would we care about Ultimate? Like, at all? At that point it just becomes about as popular as the 64 or Brawl scene, being alright but nothing really tangible.
You must log in or register to reply here.
Share: Facebook Twitter Reddit WhatsApp Email Link
Top