Hello, everyone, and welcome to the first edition of Music Corner! Here, we'll look at selected musical tracks that weren't in Super Smash Bros. Ultimate, but deserve recognition nonetheless. This series will also feature music selected by both you, the readers, as well as the Smashboards writing staff. There might also be articles including music from a particular series, music from franchises that have yet to be featured in Smash, as well as music from a recently revealed series. 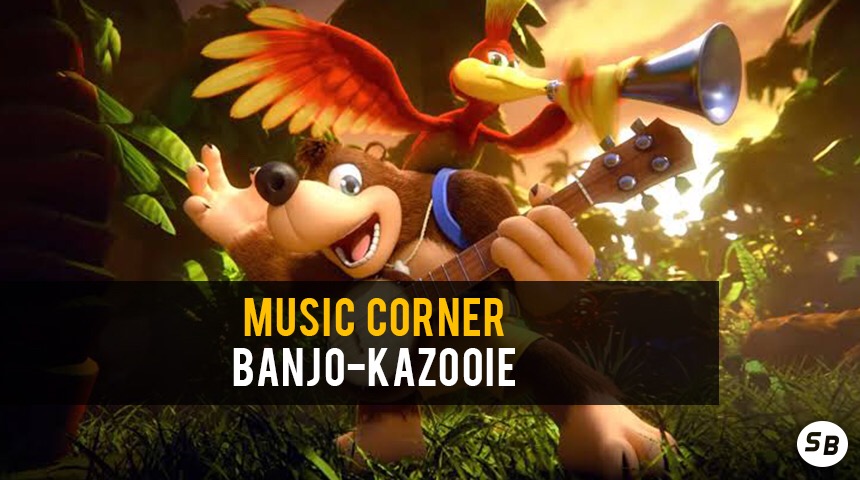 In fact, that’s where we are going to start off with the first Music Corner article! In a very rare appearance, Banjo-Kazooie makes its triumphant return to a Nintendo system! The last time they appeared on a Nintendo system was on the Gameboy Advance game, Banjo-Kazooie: Grunty’s Revenge. It was once considered a pipe dream for the bird and bear to join the Smash roster, but we’ll finally get to realize this dream come true this fall. What music would best suit the new Banjo-Kazooie stage, Spiral Mountain?"

You might have noticed that many of the songs are from Banjo-Kazooie and Banjo-Tooie. I didn’t mean to exclude Grunty’s Revenge and Nuts & Bolts, but I wanted to focus on music from the games that Masahiro Sakurai is apparently taking material from. While I wouldn’t be surprised to see music from those two games present, the main focus of this article is Banjo-Kazooie and Banjo-Tooie music.

There is already a remixed song, aptly named “Spiral Mountain”, composed by none-other than the composer of the first game, Grant Kirkhope. Maybe this is an indication of what's to come?


Let’s look at several key songs from the Banjo-Kazooie series that would not only fit well on the Spiral Mountain stage but also to represent Banjo and Kazooie in Smash!

For many Banjo fans, this was their introduction to the B-K world. Here, we first saw the bird and bear plus the witch doctor, Mumbo Jumbo, and near-sighted mole, Bottles. It was also an introduction to the quirky and silly atmosphere of B-K. While this song might not fit on its own, it could most surely show up in a medley or remix.

Mumbo’s Mountain is named after our favorite pink witch doctor and was also as the first level. It was here they learned the basics of combat outside of Spiral Mountain and how Mumbo could work his magic to and transform the pair into just about anything. In this stage, they were transformed into a termite, gaining access to hard-to-reach, small areas. This stage was referenced in the B-K reveal trailer with Donkey Kong acting as Conga and Diddy as Chimp. Basically, Chimp wanted some of Conga’s oranges and asked Banjo & Kazooie to retrieve one for him.

This particular stage transported our favorite duo to a piranha-infested swamp. Not exactly idyllic, but the song itself would give the Spiral Mountain stage a more rustic, yet silly, atmosphere. B-K music tends to be more atmospheric, which could make it hard to incorporate into Smash. Bubblegoop Swamp could be the right match, though. In this stage, by the way, Banjo was turned into an alligator so he could traverse the deadly swamp.

I admit I'm a bit biased, as Clickclock Woods was one of my favorite levels in B-K, and I wanted to see it as a stage for B-K back in Super Smash Bros. Using it in a medley or remix with all four seasons seems more fitting. I feel the Spring version fits best out of all the season themes for the Spiral Mountain stage and Smash in general. Here, Mumbo Jumbo transformed our duo into a large bumblebee!

Ah, Grunty’s Final Battle; The Wicked Witch of Isle of Hags. This fight was between Banjo and Grunty atop her lair. While Banjo and Kazooie did all the heavy lifting, it was the Great Jinjonator who finally defeated the witch. After waking up, the Jinjo god slammed into Grunty and knocked her off the lair into the ground. As if this wasn’t enough, a boulder fell on top of Grunty, trapping her in the ground for years.

She met her match against bird and bear; she met her fate fair and square!

Let's give a quick nod to all the sidekicks out there who stick around despite the bull.. Klungo is a sidek...err... henchman. He aids Gruntilda in her schemes regardless of the consequences and even spent most of his golden years trying to excavate her from under the boulder. This rather humorous tune brings attention to the poor Klungo.

Jinjo Village is, as the name suggests, where those cute little Jinjoes live, ruled by King Jinjo. Sadly, a revived, yet skeletal, Gruntilda used a life-stealing energy ray to suck out the life of villagers turning them into zombies. This tune is from before they were zombified and after Banjo restores the village. It could serve to represent the Jinjos but also add a lively and upbeat song.

I don’t have a lot of stage music in this list from Banjo-Tooie, so I added Glittergulch Mine. Much like Bubblegloop Swamp, it has its own unique charm. While probably not the best song suited for a Smash battle, it certainly fits with the more simplistic and natural background for Spiral Mountain.

The boss battle against the twin fire-and-ice dragons is one of Banjo and Kazooie's most memorable. I felt this song was a good fit thanks to the bosses' uniqueness. You can feel the fire and ice coursing through each note! Or maybe not. Either way, it’s one of the more exciting and memorable boss themes in the game.

Speaking of boss themes, this was Banjo-Tooie’s final boss theme. The Hag 1 was an aircraft built by the Gruntilda and her sisters, to hunt down Banjo & Kazooie. In the final battle, Grunty commanded the witchy vehicle but seemed oblivious to its use. She often needed help learning to use the “lasers.” Given it's the final boss battle's song, it seems fitting to include it in Smash.

Author’s Note: Do you think this is an accurate list of music to represent B&K? What music do you personally want to see? Is there any music listed that you disagree with? Let us know in the comments below!

What about Gruntilda’s Lair?
It will be a crying shame and a huge missed opportunity if they skimp out on both Mr Patch and Weldar.

Not only are they two of the most memorable bosses from Tooie but their fast paced variations of their home world themes, them being Witchyworld and Grunty Industries respectively, would be ideal for being battle appropriate.
Excellent choices! I’d also nominate Grunty’s Furnace Fun and, Freezeezy Peak and Treasure Trove Cove.
For banjo and kazooies music I have made a playlist for the songs I think the duo will bring to smash and their victory theme.
https://www.youtube.com/playlist?list=PLklUr8o3tBAsdT7zXLP2gQz5KvI7Tjf6F
A remix of Gruntilda's Lair and a port of Mr. Patch's theme from Banjo-Tooie is literally all I need to make me happy with music.
My dad caught me listening to the BK ost while doing the dishes, he gave me a weird look and laughed.
Venus of the Desert Bloom said:
The issue with Banjo-Kazooie music is that while it’s awesome, the tracks themselves are not exactly fit for smashing.
Click to expand...
I think you can say that about a lot of music in Smash but it's in there nevertheless so really I don't see this as such a big problem.
My votes are Gruntildas Lair (Hopefully with all the stage versions remixed in it somehow) and Click clock woods (Spring). Anything else would be just extra and amazing!
You must log in or register to reply here.
Share: Facebook Twitter Reddit WhatsApp Email Link
Top