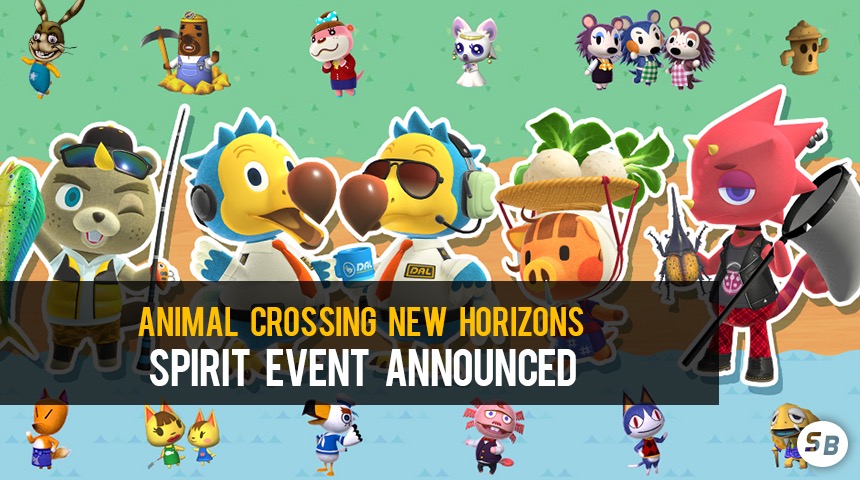 The event will run from April 3rd to the 5th and will feature five new Spirits from New Horizons. These characters from left to right are:
Also included in the tweets are two of the Spirits and subsequent Spirit Battles:

This one involves the Orville and Wilbur Spirit which is an Ace Support Spirit and has the Undamaged Attack & Speed ↑effect. The Spirit Battle involves two Falcos on the Pilotwings stage with the item, Cuccos appearing.

The second Spirit and Spirit Event revealed is:

The Spirit is Chip who is an Advanced Support Spirit and has the Item Gravitation effect. It’s Spirit Battle involves Isabelle with two Inkling (female and male) allies on Wuhu Island with both Assist Figures and the Unira item appearing. You just defeat the main fighter to win.

Along with these new New Horizons Spirits, older Animal Crossing Spirits will be available like Zipper T. Bunny, Gulliver, Redd, and more. Make sure you head to the Spirit Board this coming weekend to snag these awesome Spirits!

Author’s Note: I’m excited to get some New Horizons content in Smash, even though it’s not a character. The game is simply amazing and it’s fitting that we get content included. Are you excited? What Spirit do you want! Let us know!

i suppose if this was an april fools theyd have gone fore something weird
Orville and Wilbur deconfirmed... Yep, this fighter pass is gonna be pure trash.
The Spirit team does know that it's too risky putting in minor new stuff for the game right now...right?
Crud, I missed it! Why didn't it come up in my news
You must log in or register to reply here.
Share: Facebook Twitter Reddit WhatsApp Email Link
Top Bottom