The Party Ball: What Is It and Why Is It Here? 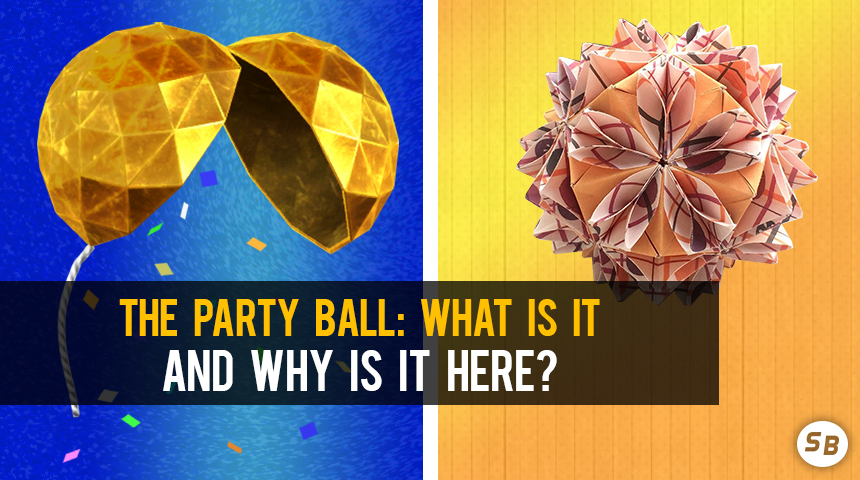 Super Smash Bros. is a crazy party jam-packed with all of your favorite characters, series, stages, and other wackiness that makes the games so fun. I’ve never been really involved in competitive Smash but, as a Smashboards staff member, I kept up-to-date with current trends, news, and info on that side of Smash. My friends and I would stay up late playing Melee back in the day and we would always take the matches seriously - even with items on. I've always played Smash as a party game, so items stay toggled on. They keep things interesting! Some of the Smash items' origins are self-explanatory, such as the Bob-ombs and Poke balls. Others, though, are less obvious. For example, my friends and I initially thought the capsules were based on the ones from Capsule Corp. in Dragon Ball. Another such item is the Party Ball, or "Pinata Ball," as my friends and I dubbed it.” 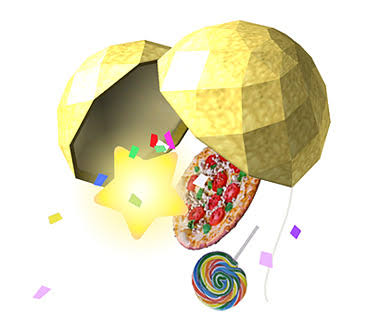 Yes, it’s that one oddly-textured item that, when it receives enough damage, floats in the air while flashing and then rains down all sorts of items. I love the mad dash for the items that typically follow. But what is the "Party Ball," exactly? Where did it come from, and why is it in Smash?

The Party Ball's roots are actually in Japanese culture. In Japanese, the Party Ball is くす玉 (くすだま), or kusudama. You may see it written as 薬玉, but this is actually grammatically and culturally incorrect despite 薬 and くす being drawn from the same meaning. "Medicine," with くす (kusu) being the shortened form of the word. This is a fairly common habit in the Japanese language. For example, the prestigious Tokyo University (東京大学, Tokyo Daigaku) is often shortened to Todai (東大), while shrimp tempura is shortened to エビ天 (えびてん), or Ebiten. Dama, also read as “tama” (玉、たま), is translated to “ball.” Kusudama is translated roughly into “medicine ball.” This Smash item is shaped like an actual medicine ball, but that doesn’t explain why it floats up in the air, flashes brightly, and then explodes with items and confetti… or why it was actually added to the game in the first place. Also, where did the translators get “party ball” from “medicine ball”? 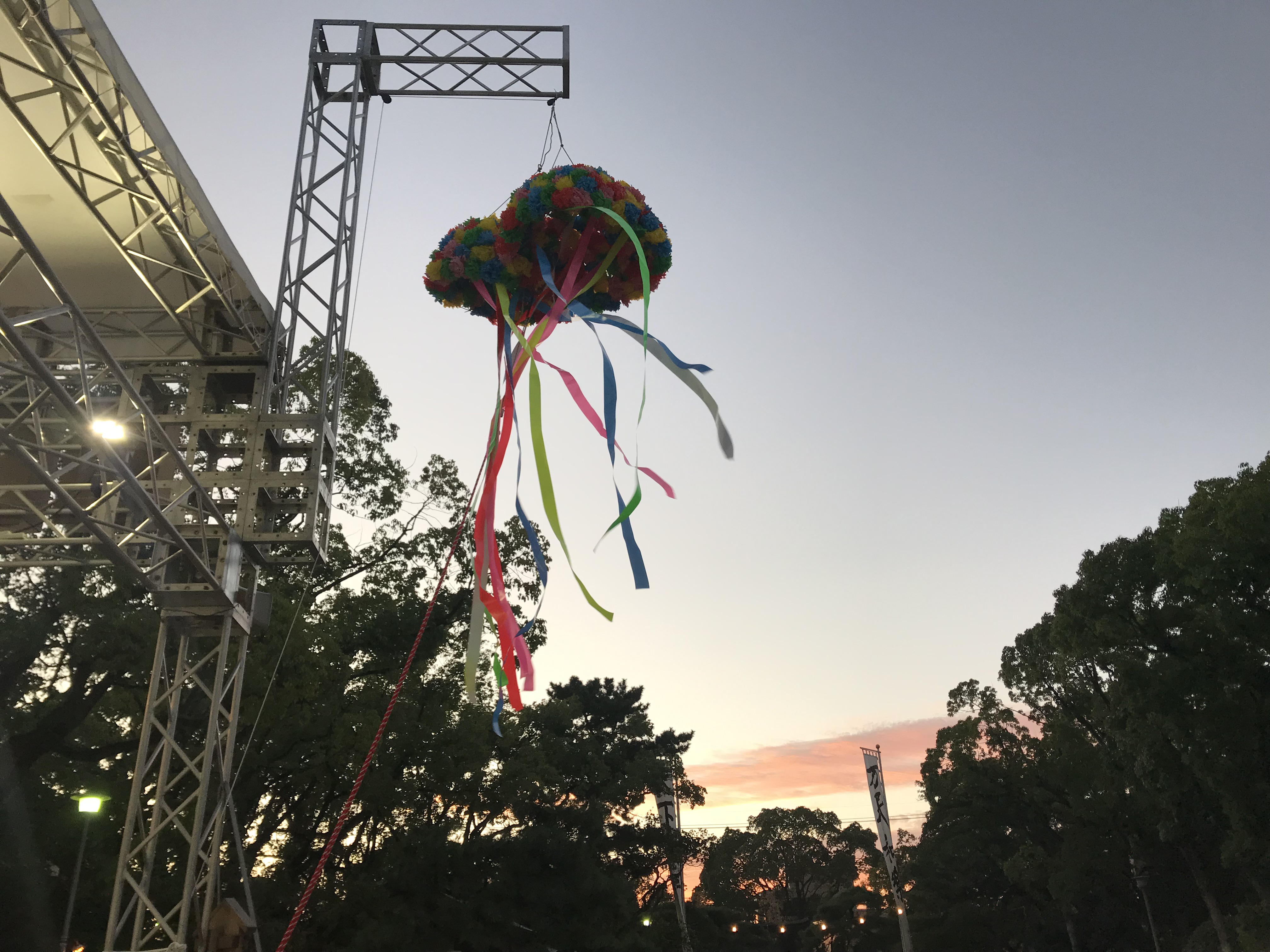 A medicine ball at a shrine.

So let’s dive into this… medicine ball. Contrary to what one might think, breaking a modern-day medicine ball open doesn’t reveal anything like Advil or Benadryl. Centuries ago, however, you would have certainly found medicinal items such as incense, potpourri, and soothing herbs. The ball was historically held together by paper and was used to help people who were sick and suffering since the pleasing scent helped soothe the patient through the paper. It could have possibly also been used to hide the stench of death and decay. Now, it’s interesting to note that the medicine ball is made of paper—do you know what else is made of paper and from Japan?

That’s right, origami! This ancient art style involves folding paper into an array of shapes and objects. One can follow a series of folds to transform colorful and sometimes shiny paper into objects like shuriken, cranes, and even popular characters like Mario and Pikachu! The medicine ball is often mistaken as a part of the origami genre, but it actually predates it.

How to make a medicine ball.

Much like a lot of Japanese culture, origami in its most basic form first arrived in Japan from China and the Korean peninsula in the 1600s. The medicine ball is a precursor to modern-day origami that helped popularize it. The medicine ball, while made of folded paper, is held together by stitches or glue, which is actually frowned upon by modern origami enthusiasts. So you might be looking at the medicine ball and Smash’s Party Ball and wondering “How are they the same? They look nothing alike!” That is true since the medicine ball typically takes on the form of colorful flowers rather than a textured yellow skin. 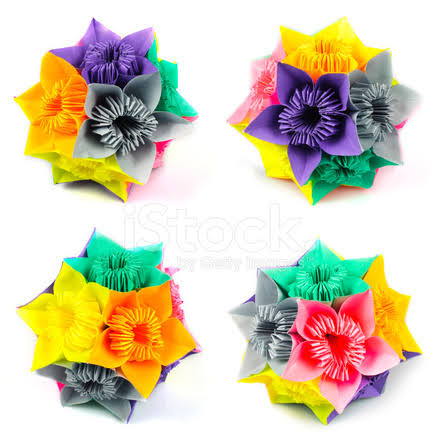 Let’s fast-forward to after World War II when Japan, after losing the war, entered into a brief Allied occupation .The effects of the war are still felt today and the public still references the terrors of the war and Japan’s involvement as to why they don’t want to see Japan have nuclear weapons or an army. So, following this occupation period, Japan's commercial sector developed rapidly, giving rise to companies like Suzuki, Honda, and even Nintendo. It wasn’t only the commercial and industrial sector that began to modernize but the culture and traditions of its people as well. This also includes the Medicine Ball that saw it transition from its origami-like traditions to those of the booming commercial and business sector. 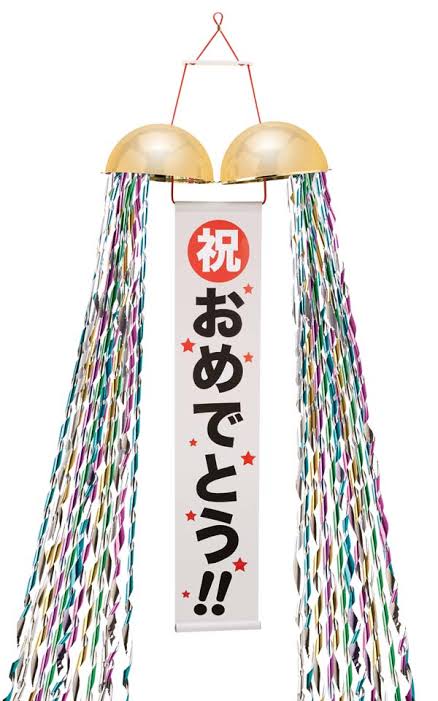 Japan experienced a period of rapid modernization after World War II. It was during this era that the "medicine ball" evolved into something more like the Party Ball item we see in Smash! It was during this economic boom traditional culture became more modernized. For example, it was during this time that 名刺 (めいし), or meishi—the act of exchanging business cards—and お辞儀 (おじぎ), or ojigi—the art of bowing—gained popularity. Following suit, the medicine ball evolved into something that heralds good fortune and commemorates events, milestones, and celebrations. These kusudama are now typically used by businesses to kick off the fiscal year or for New Year’s celebrations. Or sometimes for more local events like Battle of the Bands or winning a prize at a booth at the shopping mall...

The balls’ outer coating is either plastic or paper mache with a signature golden sheen. Gold for the Japanese, like in many other cultures, denotes royalty, fortune, and splendor—one look at Kyoto’s Golden Pavilion (Kinkakuji) shows how much the color gold is valued in Japan. However, there are also those that are made to resemble flowers as a callback to its historical origins. The ball is typically stuffed with confetti and messages that unfurl once it's opened. The messages usually depict a slogan, motto, wishes, or other good-will messages. The ball can be opened by pulling a string, which then activates the opening mechanism, releasing the contents. During most celebrations and events, there’s usually a countdown before someone pulls the string to open the ball. Unlike piñatas that we are familiar with, kusudama never contains candy unless marketed for kids.

There are a large variety of these "party balls." There are ones to celebrate birthdays with messages that reads お誕生日おめでとう！(たんじょうびおめでとう) (tanjyobi omedetou), or “happy birthday.” There are others to congratulate people on graduating, getting a new job, having a child, a promotion, and other milestone events. Think of it as a celebratory card but on a more embellished scale. Businesses, companies, and government institutions have used the party ball to celebrate a successful year, the completion of a big project, a merger or corporate takeover, or the debut of a new product. Opening the party balls is often accompanied by food, drinks, and socializing. Some cities will also use them to commemorate the opening of a new building, public space, or facility. In this case, it’s similar to “cutting the ribbon.”

The real-life party ball, sadly, has seen better days. I asked several of my coworkers if they use or have seen a Party Ball used within the past decade, and they told me that the peak usage was from the ’70s until the mid-2000s. They are still used but far less frequently for modern events. Still, it is possible to find cute, miniature ones for kids at the store. Of course, we also have it in Smash, and they even have their own emoji!

So, we know the Party Ball in Smash is yellow because most modern party balls are either yellowish or gold. We also know it rises upwards because the Party Ball is typically hung from the ceiling. Finally, we know that it rains down items like its real-life counterpart rains down confetti and messages. The item’s flashing represents the countdown mentioned earlier. It draws tons of inspiration from its namesake.

So, let’s take a look at how the Party Ball in Smash reflects its real-life inspiration:
I theorize that the Party Ball was included to not only connect with Japanese culture, but also—due to its connotation with good fortune and prosperity—that the staff wished for Smash’s success. Moreover, its inclusion also celebrated the launch of Melee, which is the game in which the Party Ball made its premier. The Party Ball continues to be in the game to celebrate Smash and the series overall success. It also nods to its origin as a medicine ball, as it sometimes rains down healing items. You could even argue that, with the Party Ball item, the dev team is demonstrating that the best way to play Smash is with items. Okay, maybe that's a stretch, but I might be a little biased! If you play Smash with items and you run across this item; you can now know this isn’t a piñata ball but, rather, a Party Ball. Now that you know it’s origins, you can amaze your Smasher friends about your deep and intricate knowledge of this item!

Author’s Note: I honestly have only seen a real-life party ball used a few times at events. One was at an end-of-the-year party for my school like… 8 years ago. The principal was so drunk that he yanked the ball so hard that it detached from the ceiling and fell onto his head. What item should I cover next? I hope the next article is a “home-run”!
Last edited: Oct 7, 2020

Nice article. I love the party ball in smash. It's so fun to see what will come falling out of it.
Always thought they came from super monkey ball
I always knew that it's not a pinata ball. Pinatas are lame. Party Balls are cool. That's a big difference. A character representing a Party Ball is included in Unicode where it's called "confetti ball".
Last edited: Oct 6, 2020
This is very educational and really enjoy learning about the party/medicine ball!

Same. Super Monkey Ball and Melee were my first GameCube games, along with Luigi’s Mansion. I didn’t know that party balls were a thing until I played Super Monkey Ball, so I thought Smash got it from that game as well.
As a kid this item always intrigued me.
You must log in or register to reply here.
Share:
Facebook Twitter Reddit WhatsApp Email Link
Top Bottom