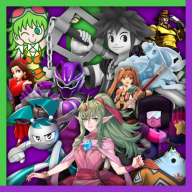 Sailor Moon will be added

Submit a Jump Support character and a non jump support

I've decided to combine Supports and Helpers as that distinction was more complicated than necessary, they are both just Supports.

Submit a moveset for Ichigo and Astro Boy
Click to expand...

Surprise Job 13 that I totally didn't forget to do earlier! 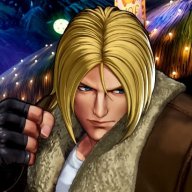 Shōtarō Kaneda is the main protagonist of the manga franchise Akira, which was created by Katsuhiro Otomo in 1982 and well-remembered as a phenomenal anime classic six years later (1988), which still holds well to this very day as one of the best animated science fiction films of all time. He is an anti-heroic, brash, carefree delinquent and the leader of a motorcycle gang, who used to be best friends with Tetsuo Shima, a member who he has known since childhood, but their friendship was ruined after Tetsuo gained and abused his psychic powers, becoming involved with the terrorist resistance movement and attempts to stop Tetsuo from causing destruction while having developed a strong romantic bond with their member Kei.

Both the manga and anime are so influential to the point that they have inspired multiple creations throughout years such as Fist of the North Star, Ghost in the Shell, Battle Angel Alita, Cowboy Bebop, Final Fantasy VII, Metal Gear Solid & Snatcher, Half-Life, Cyberpunk 2077 (with Kaneda's bike), etc. and even Star Wars itself (prequel trilogy and Clone Wars). SNK even created a character named K9999 for The King of Fighters (there you go,

Mr. Robotto !), who resembles Tetsuo to the point Toho apparently sued them. The former even has a English imprint by Marvel Comics themselves back in 1988 to coincidence with the film's release. There's also a upcoming anime series, which works as a continuation to the original film by Otomo himself.

Once summoned, Kaneda rides around the stage on his futuristic high-tech motorcycle, going at high fast speeds and turns around by drifting in a iconic sliding pose, basically acting as a way faster, reacting version of Wario's bike special move in Smash. This briefly leaves him open and allows fighters to destroy his motorcycle with a few hits, which doesn't defeat him yet. Instead, he will pull out the ARASAKA HLR-12X Heavy Laser Rifle to shoot laser beam projectiles at opponents while aiming the rifle around him and dodging physical/melee attacks.

The reason why I chose Kaneda as a support character, was since I have an another character from Akira in my mind as a fighter, Tetsuo Shima himself, because of his powers giving him more versatility and being a likely example of how some franchises would be represented with only villains alone.

Holding the control stick up after jumping will make Atom freely fly around in the air for a short period of time, able to perform aerial attacks (3 times before dropping) and specials (only once) while doing so.

I'm not entirely sure on a limit for amount of songs on stage tracklists, so I only added like 13 of them.

Submissions will stay open for a bit longer

Kaneda Wins by default as does

(why I haven't thought of this since a fitting job?)

Krillin is one of the major protagonists in the Dragon Ball franchise, who was introduced in the original manga's 25th chapter "A Rival? Arrival!!" as Goku's fellow martial arts student under Master Roshi, becoming his closest ally and best friend, fighting every villain alongside each other as the series progresses and is often depicted as the comic relief (like any other human character), even having married a cyborg called Android 18.

When summoned, Krillin will charge up his signature Destructo Disc by raising his hand into the air and creating a floating disc of ki energy, using it to slice through opponents and then throwing it in different directions depending on where the nearest opponent close to him is. The Destructo Disc is capable of damaging opponents during the charging period and dragging opponents once hit. If attacked close by, Krillin will quickly use Solar Flare to stun an opponent for a while. Krillin can perform up to five Solar Flares or Destructo Discs altogether before disappearing. Planet Namek is an iconic location from the Dragon Ball franchise, specifically the Namek Saga in the Dragon Ball Z storyline, in which it was terrorized by Frieza and his henchmen from the imperialist army, the Frieza Force, and was ultimately destroyed by him as a last-ditch effort to kill Goku in their battle during the Frieza Saga.

The stage's layout contains many key aspects, including the green sky, blueish-green islands and water, which players can drown in. It has three separate islands with the middle one being the taller one with two tiers to it, which make up a majority of the stage's layout with it's towering cliffs and two soft white platforms floating at it's sides. The right island has the spaceship that Goku used to get to Namek. The left island has a building from the Capsule Corporation. Players can stand on them and even destroy the spaceship to deal large amounts of damage to other players. Frieza’s ship will come from time to time again to hover to the left of the stage, which players can use to jump onto.

During the battle, random cameos such as Vegeta, Trunks, Gohan, Frieza, etc. can be flying at high speeds in the background every 35 seconds, though none of them interfere with players.
Last edited: Sunday at 4:53 AM
You must log in or register to reply here.
Share:
Facebook Twitter Reddit WhatsApp Email Link
Top Bottom