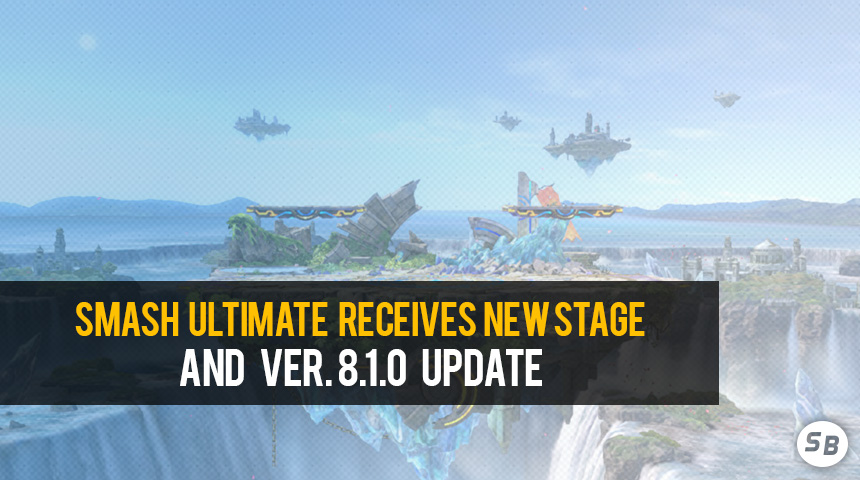 Super Smash Bros. Ultimate suddenly got an update in the form of the Ver. 8.1.0 patch and a free new stage along with it, Small Battlefield!

Here’s a list of everything notable about the update:
Author’s Note: My brother has a habit of telling me nonsensical things have been “added” to Smash. So, I was very surprised when he told me Nintendo released “Small Battlefield” out of nowhere and it actually ended up being true! Honestly, “Small Battlefield” out of context sounded like a joke stage he made up, but I love what we got. What do you think of Small Battlefield? Please let us know in the comments below!

while I don't MIND the addition of a Battlefield variant like this, it certainly never crossed my mind to ask for it... not in the slightest.

my tin foil hat leads me to believe that this update is likely to keep us occupied for a little bit until the quarantine handicapped team is able to provide something for the next member of Fighters Pass 2. it's also a bit of a nod by the team to how the competitive community has a fixation on Pokemon Stadium 2's default layout. that being said, I saw Meta of Smash's Trixx immediately compare this to Unova Pokemon league, and I'm inclined to agree since PS2 is noticeably wider.

the whole playlist being available to the Smash Neutrals is certainly a nice touch... TRYING TO ACTUALLY ORGANIZE IT, though, is going to be a headache and a half... caaaause that's a TON of music tracks that I don't want to hear I'll have to turn off (I'm kinda picky).

[I'm also confident saying I share the majority sentiment that we kinda want a bit more information on the topic of these "further investigations and adjustments to Online mode"... cause there's not a doubt in MY mind that Slippi's release and popularity has likely gotten their attention in some degree... now if only that insufferable NIH syndrome could go away and they'd be willing to work with others in potential online options.]
Last edited: Aug 5, 2020
*Plays on Small Battlefield with MEGALOVANIA*

I’m sorry, Sakurai, but who asked for this? I genuinely thought this was a SmashBoards meme when I first heard about it.

Well, at least this means stages can be DLC via free updates.

Perkilator said:
I’m sorry, Sakurai, but who asked for this? I genuinely thought this was a SmashBoards meme when I first heard about it.

Well, at least this means stages can be DLC via free updates.
Click to expand...

to be fair you could say "who asked for this" about the smash series
this is a great stage for one on one battles online.

fogbadge said:
to be fair you could say "who asked for this" about the smash series
Click to expand...

Who even asked for video games in the first place?

Omar_25 said:
Who even asked for video games in the first place?
Click to expand...

Who even asked for computers, HMMMM?

Anyways, what 3 stages would you want to come back this way? My picks are Rainbow Road, Poké Floats and PAC-MAZE.

Perkilator said:
Who even asked for computers, HMMMM?
.
Click to expand...

the guys trying to crack the enigma code in wwii i think
Pretty sweet update! Now lets hope that "further investigations and adjustments to Online mode" are at least some of what I wrote about.
My rotor acts up at times, But when It works, It works amazingly, lets make sure nintendo fixed online even more, also add some more free stages, maybe or maybe not.
well i randomly got 3 fighters in ES thx to this update..soooo not complaining here lol
They care about getting more people in to Elite Smash but not about an actual ranking system.
So if I log on I might have more characters in elite than before?

Omar_25 said:
Who even asked for video games in the first place?
Click to expand...