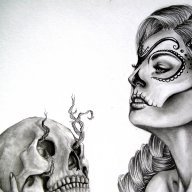 Use up tilt to stop his approaches. 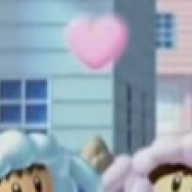 Wait, honestly? Utilt can stop Falcon when he's coming at you? 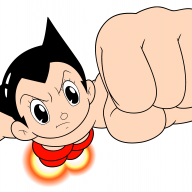 Indigeau said:
Wait, honestly? Utilt can stop Falcon when he's coming at you?
Click to expand...
MeBoy is correct. If Falcon takes to the air, dash in slightly so his spacing becomes sub-optimal and up tilt. It will almost always beat an aerial approach, similar to Fox's up tilt but not quite as good. You can just DD around his grounded approaches because they're awful.

Another question; I know that in PM, if Z is pressed during the frames of another animation, the game will interpret it as a buffered light shield. I can't count the amount of combos and punishes I've totally ruined by shielding when I wanted to grab (usually after a fair or dtilt), and it looks really stupid to boot--especially when I hit Z again during the shield drop frames and get another light shield. I wanted to ask; will a JC grab always negate the buffer window, since it's a buffered JC grab and not a buffered light shield? This is driving me nuts, not just with Ness but with other characters as well.

I've never had that problem. There are no light shields in PM.

Sounds like you just need to press Z with better timing.

Oop. Well, that was embarrassing. Z buffers regular shield, not light shield. I guess I'll grind the timing out. 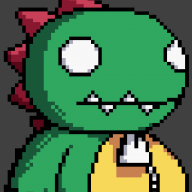 Ness is a pretty cool dude 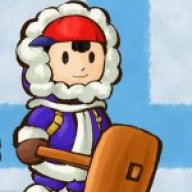 Ness is not hard to use if you get the hang of him. Talk about the PK flash. That's a major boost o: 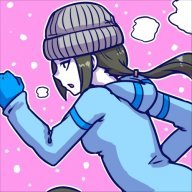 I have trouble punishing people, and edge-guarding, do you guys have any tips?

Best tip would be work on your movement. The quicker you can be without having to shield or air-dodge to get away from attacks the better. second tip is to know the stages and the movement options the opponent has; know where they want to go and where they can go. Thirdly, learn to bait attacks. Most characters have certain moves that they want to use. Learn which of those you can get them to do and find a way to punish it. F-air is usually a good option select. From there, learn to confirm your hits into something good or useful, like fair to grab, bair to grab, and other things that lead into that sort of stuff.

I have trouble against Squirtle in the neutral game, and I just add damage on slowly with Aerials, and sometimes grabs, please help~

He's strong against many of your options, but he gets comboed early in the percent range, so you need to land your killing moves early and practise the edge guard game. If you've racked up WAY too much % you can sometimes edge guard by pk thundering him and catching him in the hitstun. It's one of those characters where you sometimes have to find yourself going fairly deep to get the kill. I have a video playing against the CPU where you might get some tips on combos or movement around squirtle. It's in the video thread.

OK I'm not sure if this is even a good question, but I seem to cancel Ness' double jump when I wave-dash, is this a good thing to do or does this NOT affect his battles any?
Editting this since I have a few more questions:
How should you recover as Ness? I have trouble with it, namely getting edge-guarded easily. (PS: I don't rely on PKT2 as much as an Up Airdodge)
When should you use PSI Fire?
Is a PSI fire DJC good?
I have trouble killing Fox and Falco, should I just backthrow them at Kill%, or should I go for the tipped forward smash? 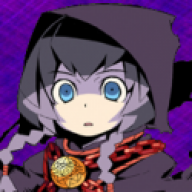 BoxedOccaBerrys said:
OK I'm not sure if this is even a good question, but I seem to cancel Ness' double jump when I wave-dash, is this a good thing to do or does this NOT affect his battles any?
Editting this since I have a few more questions:
How should you recover as Ness? I have trouble with it, namely getting edge-guarded easily. (PS: I don't rely on PKT2 as much as an Up Airdodge)
When should you use PSI Fire?
Is a PSI fire DJC good?
I have trouble killing Fox and Falco, should I just backthrow them at Kill%, or should I go for the tipped forward smash?

PJS NESS IS BEST NESS
Click to expand...
DJC wavedashing is a thing. It's whatever. I don't do it unless I already ended my opponent's stock and I'm basically keeping my hands warm.
Recovering as Ness should always have you try and sweetspot the ledge or ledge cancelling it.
PK Fire should be used as a general spacing tool or combo extender.
DJC PK Fire has the same applications as just jump PK Fire, except you can reorient your height with your double jump in order to get a clearer shot.
Killing Fox and Falco should just resort to UThrow -> UAir at high percents, ironically. Throws depend on fall speed and not weight, so killing Fox and Falco with BThrow is a little tougher than trying to kill floaties with BThrow. 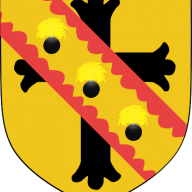 I heard somebody say offhand that all the pros say Ness is in the bottom five of all PM characters; is Ness really bad in this game too?

Lord Horatio said:
I heard somebody say offhand that all the pros say Ness is in the bottom five of all PM characters; is Ness really bad in this game too?
Click to expand...
Ness isn't bad, he is actually quite good, a lot of his moves and movement got buffed, he is a lot better than he was in melee fr sure.

Most people don't play him.

Ness is very strong still. I couldn't really imagine why people would say he is so low, aside from his recovery fundamentally being the same as melee, except for impact of his body, and the thunder tail properties. He still has to sit out there, call out a move, then angle a recovery. I can see how that'd be less than useful compared to ROB or a spacie.

I have trouble with the Sheik matchup, any tips?~

BoxedOccaBerrys said:
I have trouble with the Sheik matchup, any tips?~
Click to expand...
I actually ran through this match up a lot with Dr.Grin from norcal. Basically its a MU where you're going to have to get very comfortable with your movement, and aerial spacing. You have a relatively easy time edge guarding sheik depending on what stage she is trying to recover on, because you can literally back throw her, Bair her, or anything in between as long as you either kill her, or knock her far enough to where she has to use all her resources to recover on anything that's not the ledge.

She can gimp you exceptionally well if you don't mind where she is. If you are below the ledge trying to come up, she will needle you, or try to wait out the hitbox on your up-b to scoop you with a tilt or d-smash. of course, if you are close to the ledge, and she has fresh invulnerability, she can just bair you until either you die, or have to take and angle that leads you to the stage, which she can punish you. The punish game in this MU for recovery is pretty much the same on both sides for how you go about it, save for her needle gimps, which gives her that notable edge.

So, you pretty much want to try to make sure you can bait her with your movement, and really just go for your punishes which you can get off of a grab at low percents. I may have DI-d badly, but I think either you have a chaingrab on sheik, or you can at least follow up with an aerial. At the end of it all, anything that distrupts her pressure like CC downtilts (rapid) into a grab, or catching her with unexpected dash attacks, or if she is trying to run after you while you are in the air, cover the landing with a PK fire. She has to either try to power shield, block it, or she will run into it.

The typical bait is to try to do the DJC fair into the opponent. This helps sometimes, but it can be punished with a shield grab, so don't get predictable with it. RAR bair is a good walling too IMO, but its also situational. Unfortuantely a lot of things are, because this MU is pretty much in her favor no matter how you look at it. So it really is dependent on how solid your punish game is. You have to be good with making it look like you will make the first move, and punishing the approach sheik will dedicate to. You have to out punish is pretty much how ive learned the MU.

I wish there was a more flow chart answer like fighting spacies, but unfortunately its a very straight forward bait-and-punish MU. Where sheik kind of prevails at over ness typically. But, you just have to grind it out once you get better with your fundamental movement, spacing, and punish game. Because you often won't get a second chance if the sheik is decent.
L

Does instant djc dair ac by any chance? i cant tell if im hitting the l-cancel cause its so fast LOL but was curious if it autocancels

Liudacrous said:
Does instant djc dair ac by any chance? i cant tell if im hitting the l-cancel cause its so fast LOL but was curious if it autocancels
Click to expand...
It does not.
You must log in or register to reply here.
Share: Facebook Twitter Reddit WhatsApp Email Link
Top Bottom