Minecraft World will have Selectable Biomes 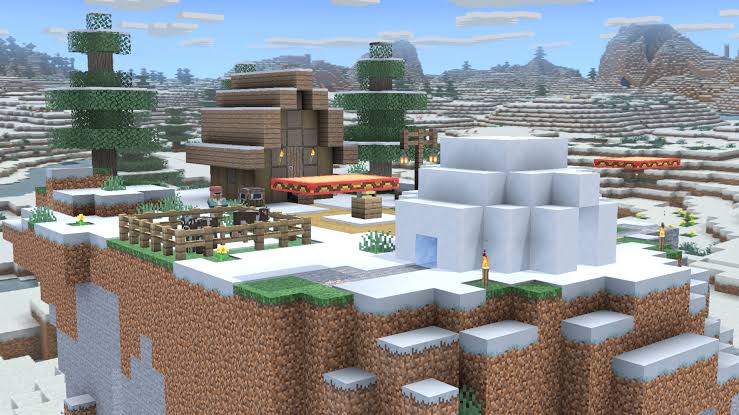 Discussion regarding Minecraft Steve has been buzzing all around the internet as the release date is extremely close - within the next 24 hours. One of the common topics in the community is if the stage, Minecraft World, will be able to have the biomes selectable much like how players could determine which version of Momentos would appear based on music.

“On the stage select screen, hold down a specific button and select "Minecraft World" your favorite biome to play in.”

The specific buttons codes are as follows:
It’s only a matter of time before we can all experience Steve and Minecraft World in action but it’s great to know this information going in. Mr. Sakurai also tweeted about the ability to choose biomes but lamented in a retweet that, more or less, he forgot to mention this in the “Steve/Alex Presentation” because he already had a lot of content to cover. Don’t worry, Mr. Sakurai. We fully understand! No worries!

very interesting !
'Honestly really happy-- I'm a big fan of any feature like this, where if you want to pick it and get something random every time, you can, but if you like a certain layout, you can choose that too.

It's a feature that's been around since Brawl, especially modded Brawl after Alternate Stage Loader codes were public, and I'm sad we only ever really got it expanded into what texture you wanted on Boxing Ring/Dreamland GB.

I wish stages like Spear Pillar or Gamer especially (maybe even Mario Maker too in some way) had this option without us needing to mod it in.

Also I'm still sad that the Omega form isn't SkyBlock
Love little things like this! I might not main Steve / Alex but I know they're going to be great additions overall to the cast / stages.
Not exactly convenient when you have to move the Control Stick as well, since you could end up moving the cursor to a completely different stage.
Neat. They really brought as much of Minecraft as possible.
Not having this feature for other stages that transition between layouts is an omega shame.
Maybe certain variations of the stage can be Tourney-legal thanks to this?
If the Hazards-Off form is pre-destroyed the Savanna would make a good competitive stage - basically just a bigger How to Play 64.

UtopianPoyzin said:
Not having this feature for other stages that transition between layouts is an omega shame.
Click to expand...

Maybe it will be a future update. I'm unlikely to remember these anywhol
Man, I wish I could remember any of these combinations.

Wario Wario Wario said:
If the Hazards-Off form is pre-destroyed the Savanna would make a good competitive stage - basically just a bigger How to Play 64.
Click to expand...

Do you mean post destroyed? Because that's what it is. With the tree already destroyed with just a floating platform.
I'm a big fan of this!
This is really a very interesting feature and I still didn't notice that even after a year it was available. If anyone actually has this working, let me know. For now, I just have to use good enough servers to make the game more intense and to have some kind of storyline. I have never come across such a feature that is listed here, but my brother just told me that he has this feature available. Even so, I still continue to use https://minecraftservers.biz/servers/type/skyblock/ for the time being, and this is a good substitute for other possible options for me. And which of the additional do you use when playing?
Last edited: Apr 27, 2021
You must log in or register to reply here.
Share:
Facebook Twitter Reddit WhatsApp Email Link
Top Bottom