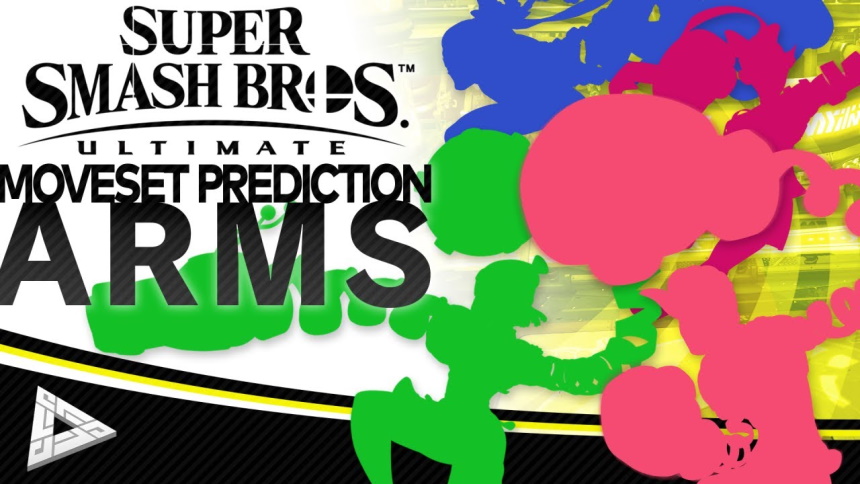 The ARMS character reveal for Smash Ultimate is coming up on June 22nd, and ever since they were first teased in the March 26th Mini-Direct, many Smash players have been speculating about who the character might be and how they might play. Among them is Delzethin, who put out a video on May 20th outlining his predictions as to the identity and playstyle of this as-of-yet unknown character.


Delzethin first notes that, whichever ARMS character makes it in, they'll likely set a precedent for what kind of characters are on the table for Smash. As the Smashboards news staff also noted in our own roundtable discussion, many of the game's most prominent characters are already present in Smash Ultimate in some form - Spring Man, Ribbon Girl, Min Min, Ninjara and Twintelle all appear as spirits, plus both Spring Man and Ribbon Girl have Mii costumes, and Spring Man appears as an assist trophy. If any of them make it in, this could mean that other characters with spirits, Mii costumes or even assist trophies are eligible to make another appearance as a playable DLC character. On the other hand, if another ARMS character makes it in, that would instead mean that a franchise's main character isn't guaranteed to be its first playable character in Smash.

Of course, Delzethin brings up the other possibility that many Smash players have noted: it could be more than one character sharing a slot. While ARMS doesn't quite have enough characters of a similar size and body type to have eight characters all sharing the same animations and collision data, it just so happens that Spring Man, Ribbon Girl, Min Min and Ninjara all have similar enough proportions for them all to share a slot. This does limit the ability to incorporate each character's passive abilities, but the core mechanics and different types of ARMS still offer plenty to draw from.

As for the character's gameplay, Delzethin predicts that the ARMS character's kit will be built around being able to perform two staggered attacks at once, much like how you can do the same with your punches in ARMS. He notes that which moves use this mechanic would likely have to be limited to tilts and aerials—having that property on specials and smash attacks could be overpowered. He also proposes some possible ideas for how the different elemental ARMS types could be incorporated, from switching automatically for certain moves to having a special for switching ARMS manually.

As for how accurate these predictions will turn out to be? We'll find out on Monday when the character is officially revealed.

While I always feel down how Delzithin has to deconstruct and point our flaws in the community; I always appreciate their attention to detail, no frills speculation, and realistic expectations.
I'm Hoping it's Dr Coyle; Because We NEED more VILLAINS in Smash; and we have YET to recieve a Villain DLC Fighter in SSBU!!
Delzethin doesn't have a great track record when it comes to preditcions but his videos are still enjoyable to watch.
i hope it is either spring man or min min.
I still think it’s Dr. Coyle. She’s the main villain, making her prime choice potential. Hey, if you can’t have Batman you can’t go wrong with The Joker! And she brings the most to the table in terms of gameplay. More then any other Arms character.
You must log in or register to reply here.
Share: Facebook Twitter Reddit WhatsApp Email Link
Top Bottom