35 PGRUv2 Players Teamed Up to Create an Ultimate Tier List 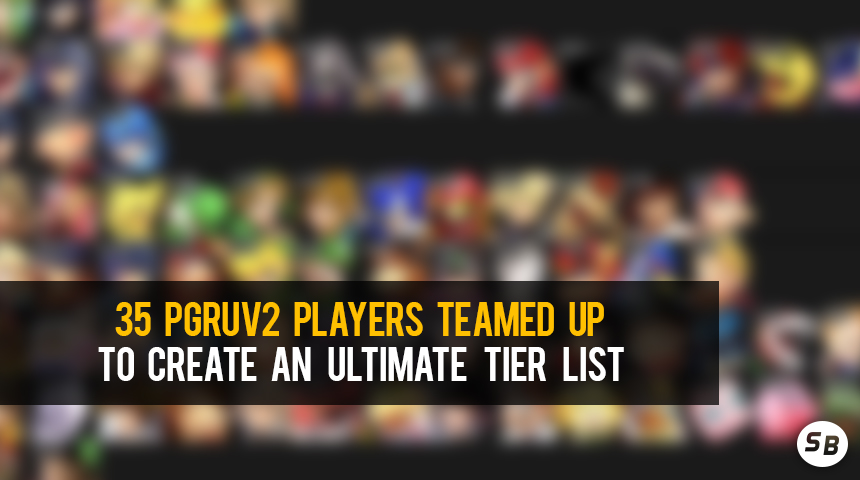 Recently, thirty-five of the fifty players on the Panda Global Season Two Rankings voted on a survey where they could rank characters in Smash Ultimate on a scale of one through ten. On February 18th, 2020, these votes were released in the form of the PGRUv2 Ultimate Tier List.

With 35/50 PGRU members reporting, here is the result of the survey in which characters were rated from 1 to 10.

For @ComeToFrostbite, the Low Tier Hero Award looks at characters in the final tier (except Mii Gunner)! 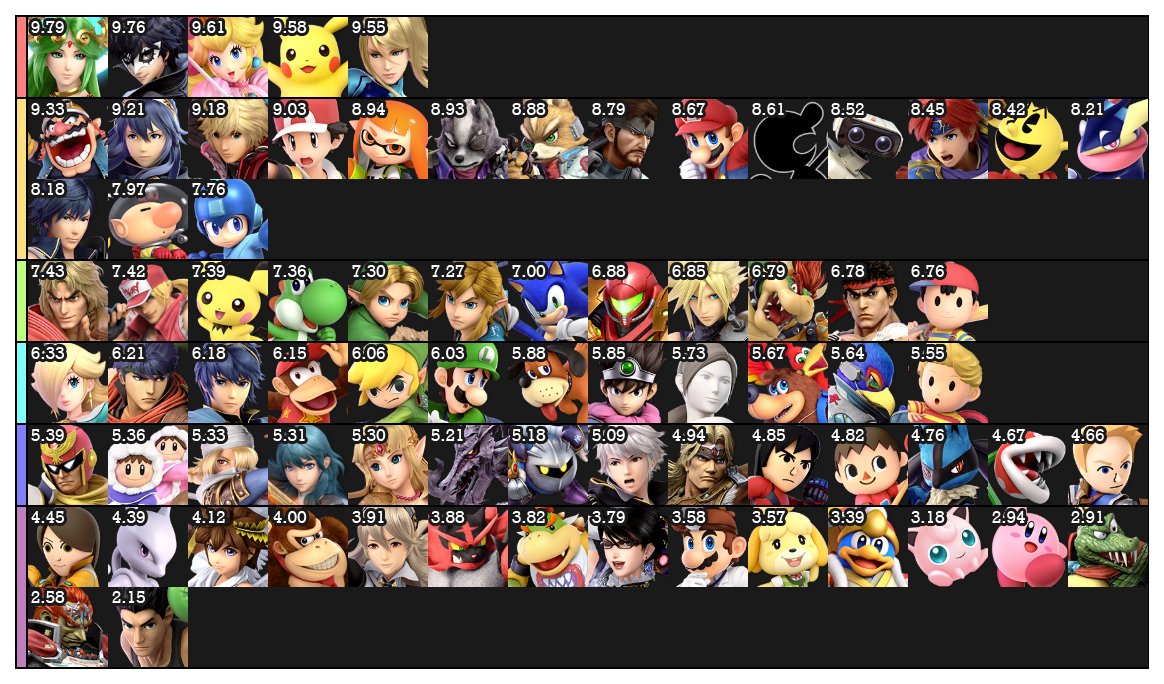 The tiers read as follows:
Sadly, we don’t know what every player voted for, however we do know that Frostbite 2020’s Low Tier Hero Award will be using this tier list as a guideline. Whoever places highest in Ultimate singles while only using characters in the Bottom Tier (excluding Mii Gunner) will receive a $250 pot bonus. With that in mind, it’s probably safe to assume other majors will use this tier list as a guideline until another PGRU or Backroom tier list is released.

Author’s Note: Personally, I have some disagreements with the list, but I must say I think it's pretty darn good overall. But what do you think? Do you think it's agreeable overall? Please let us know in the comments below!

For example: I go with character loyalty for my mains, Meta Knight and Lucario are the way to go for me.... Unforunately they had a huge learning cliff to get used to, and I still have so much more to learn and it gets tiring. Especially when I can get better results more frequently with characters I never train with like R.O.B. or Wolf. Everyone else in the roster I pretty much only just like, so I have to go off of gameplay, but there's barely anyone I couldn't see myself playing since I'm okay with every type of gameplay. So if I were to go to tournaments I might pick a tier list to help give me a rough idea of where the meta is at so I can narrow down who I might pick. Luckily I don't care for tournaments or winning so I'm just going to keep bashing my head against the wall with Meta Knight and Lucario until I move like the pros do.

Yeast9267 said:
I feel like tier lists are kind of a waste of time. Most of the time they become very opinionated and aren't based on actual facts, like what moves that damage to most or what moves are the fastest. Most of them come down to what characters the tier list maker is best at.
Click to expand...
I mean it's easy for anyone to make a tier list but not every tier list is worth looking at. Good ones will take into consideration a character's meta game, their matchup spread, their tournament results, and look at the meta game in general. No matter what happens, tier lists will never be 100% correct. They are basically just an estimation of the current meta. Always better to look at specific stuff, but sometimes when you're talking about the meta in general it's nice to have a tier list for a general idea.