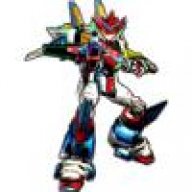 Smash Journeyman · From A place Where Robos live Happily Ever After