Wait, ur from Boston? What tourney are you going to? 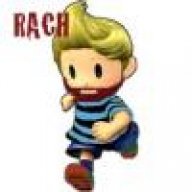 Thanks! =)
Well I go to college in Boston, right now I am in CT, so I am going to a tourney in Vernon, CT.
I'll be in Boston during the school year and will be competing as much as I can!
H

Woot Im going to that tourney too! Look for the only other Lucas main there!

woot Nice! I will keep my eyes open haha. Keep your gamer name out too, I'll look for that! Mine is Rach 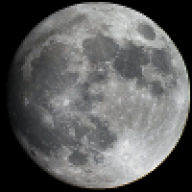 Xeedoc said:
Negative, though I realized that during the match with RickyB I was doing something weird. Approaching with bair. It worked well and it looked like he was amazed, all that said, I still haven't gotten out of pools.
Click to expand...
People thought that was gonna be a stupid good thing to do early on, but as it turns out, they were wrong. 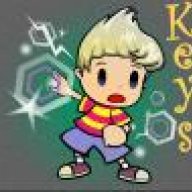 Approaching with bair is not nearly as good as with some characters...
Has some decent lag and if u hit them while theyre in the air, it will spike them, but unlike dair spike, it cannot be followed up by dtilt lock combos and whatnot.
I find myself doing it sometimes and i can sometimes connect two or three in a row (possibly going off the stage for a spike), but we ave better ways of approaching. 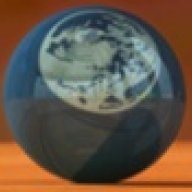 you can start a dtilt lock after a bair spike, it's just harder 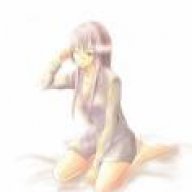 prOAPC said:
you can start a dtilt lock after a bair spike, it's just harder
Click to expand...
This. From a certain height, you can FFBair so it ACs into a dtilt lock.

yeah i guess youre right, but i havent tried it myself...
Dair is just easier.
And with bair you will be facing the opposite way most likely, so that makes it harder to dtilt lock as well. 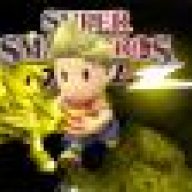 I am just going to copy and paste this here- I am sick and dont feel like re-typing it. Tournament Experience Irony!


So I had a pretty ironic situation happen yesterday:

I recently moved back to Southern Virginia (SoVa ftw!), and was looking to get back into the tourney scene, which sucks at the college I was at. I had been looking up who the common tournament-goers are, so I can know how well I will do against them. I noticed a few decent players, some better than me, that I was really looking forward to playing. One really stuck out in my mind, a DDD player (whose name I will not mention)- I really enjoy playing the Lucas-DDD MU, and really wanted to play him.

I arrived at the tournament yesterday and started screwing around, sandbagging some friendlies up and warming up. We played the doubles part of the tournament (random doubles partners, im not going to go into it but it was pretty weird), and my Lucas is looking pretty good- im not at the top of my game, but I am playing well.

In between doubles and singles starting, the DDD and I played a MM, just for ****sandgiggles. I wasnt really looking to dominate him, I just wanted to see how well he knew the MU. We had close games, he ended up winning both (he banned Norfair, which made me sad- we played a game on Norfair after our set and I rocked it)- I wasnt sad or disappointed, I was happy to have played him.

Next up, comes the singles bracket. Surprise! I have a bye first round, he (DDD main) has a bye first round, and we are playing each other 2nd round. bracket ****ed. He beat me the first game, I took his DDD to RC (after he banned Norfair) and went MK. I was doing great with MK, I wasnt slaughtering him but I was winning the entire match, both in stock and percentage. I am on my last stock, and I ended up mistiming a Mach Tornado and Freefalling away my last stock

Singles rolled on, I ended up losing somewhere in the losers bracket, I PSI Magneted a Lucario and miss hit my PKT2- not the end of the world, I could have done better but w/e.

As I am getting ready to leave, I decide to ask the dude who won their last tournament for a match- "to see what I was missing." He is an IC main, and a pretty good one too. We had a very even first game, he ended up finishing a CG (me @ 107% him at 104%, both on our last stock) with a U-smash to end our first game. I CPed Jungle Japes, a stage I am very comfortable on with Lucas. I 3 stocked his Marth, my best moment of the day then he took me to RC and 3 stocked me with his MK, lol.

Irony ftw. A bad tournament, but Im not going to john about too much (DDD banning Norfair johns!!!!!)- but it was not a good day for me. Irony had it out for me.

(the following is added for Lucas pages)

The doubles was with randomly selected partners. I got some n00b who plays melee, not brawl- we got ****ed. One of the rules for the tournament was that for the first game in any set, doubles or singles, EVERYONE MUST PLAY RANDOM. On top of that irony above, my doubles partner and I won the first game in every set, and lost every other game. We could only win Randoms! (and I ended up getting Wario and Snake, very lucky randoms)

Alright so I went to my first tournament like a week and a half ago, so I was excited to say the least. I met HAGGS there and we did doubles, we got paired against two of the best players apparently in New England and got beaten, but it was fun.
I entered into the singles tournament hoping to not lose my first match, but I was paired against Noodles, who apparently is top 20 in New England, so I got beaten. But to say the least I wasn't destroyed or I didn't feel like I had no control. I knew I needed to work on my Lucas after that, but it wasn't a total destruction kind of thing, I felt comfortable going against him. The whole counterpicking and banning system was new to me, but was quite interesting. I discovered that day how amazing Brinstar is to Lucas, I lost one match the entire day on that level, out of like 7 or 8 I played on that map. It was awesome haha. So then I went to losers brackets, and played against my first marth who knew how to infinite grab. I was able to beat him though on the final match which was great =D. I lost the first match against his kirby, and then he picked Marth, so I counterpicked Brinstar and beat him there. Then we went to Battlefield, and I was able to take him out finally, used a lot of pk fire and nair, haha. So that was my first tourney win and went on. Then I played against my first Yoshi that knew what he was doing, so to say the least I lost because I didn't realize the whole infinite chain grabbing thing until it was too late haha, and then it kind of went out. But I did well against the Yoshi and now I know what to counterpick and how to play him.!
So I was knocked out of the tourney getting 13 out of 21. Which isn't terrible for my first time so I was cool with it. Then I entered the low tier tournament! Now that was fun. First round I played against Icylight, and beat his mario and, so i advanced. Then lost to a Mario after that haha. So I enter the losers bracket, and from there I go on to win about 5 matches straight and was able to take 4th place at the tournament =D. I almost made money from the low tier I was one away haha. I had an awesome time at the tourney, and learned many new things and tips on how to play lucas. Everyone there was really cool, and fun to play with. There was always a good game at the end, even if you won or lost. So I was happy with the sportsmanship there.
I was really psyched to place 4th in the tourney out of 17, because it was my first tournament and I was able to keep my cool till the end. I played against some of the best in the area and I was happy, even though they didn't main their low tier characters, they still knew what they were doing, so I was happy with my performance. I wasn't nervous in the tournament and I entered every set thinking I would do well or at least not get destroyed. Which fortunately happened haha. I'm hoping to get to more tournaments as soon as I can, and work on getting Lucas up there in tiers =D haha. I did notice though that it was harder to perform certain moves that I could normally do on a daily basis, so maybe there was a bit of a nerve going on, but I played as best as I could and managed to do quite well. Sorry if this post is all over the place but I tend to write disorderly. 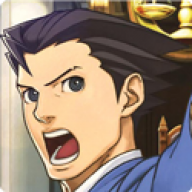 F-Fourth!? Even if it was a low-tier tournament, that's excellent for a first tournament outing.

Yeah, there are a few Yoshis I've seen, they know how to capitalize off of a single grab. Saw some crazy stuff against a few Meta Knight's last weekend.

Thanks! I'm psyched with it. =) Yea I played against this kid called Nacho, and I watched Green Ace play. They are nuts with yoshi! The good yoshis also know how to spam those eggs haha. I just need some practice against them. I also learned to not pick Delfino, I forgot the fact they can chain grab off the edge haha. A good counterpick though is Frigate Orpheon, since it can become hard to recover for yoshi if the stage flips. right? 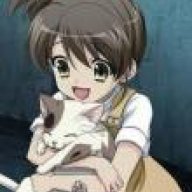 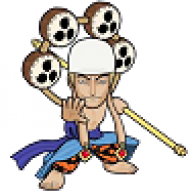