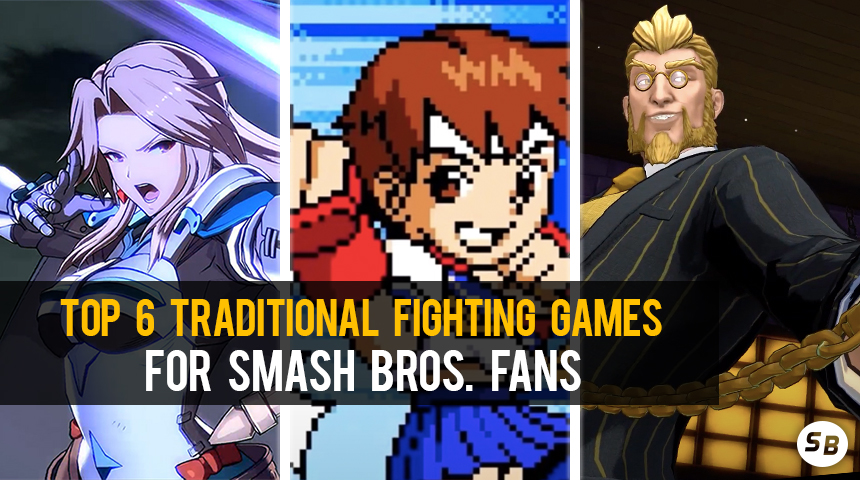 Super Smash Bros. Ultimate’s post-launch content outpouring has come to an end and it has been without a doubt one of the most magical gaming experiences of this generation. But unless the next game comes out in the next few years—which hopefully won’t happen for the Smash team’s sake—it’s all Smash fans are going to get from the series for the time being and we’re all bound to want to try something new sooner or later.

In preparation of this eventuality, we have a list of more traditional fighting games with elements prominently enjoyed by the Super Smash Bros. fandom. Not other platform fighters (we cover those in great detail already, after all) but classic 2D arcade style fighting games for those who want a different—yet familiar—experience compared to Super Smash Bros. 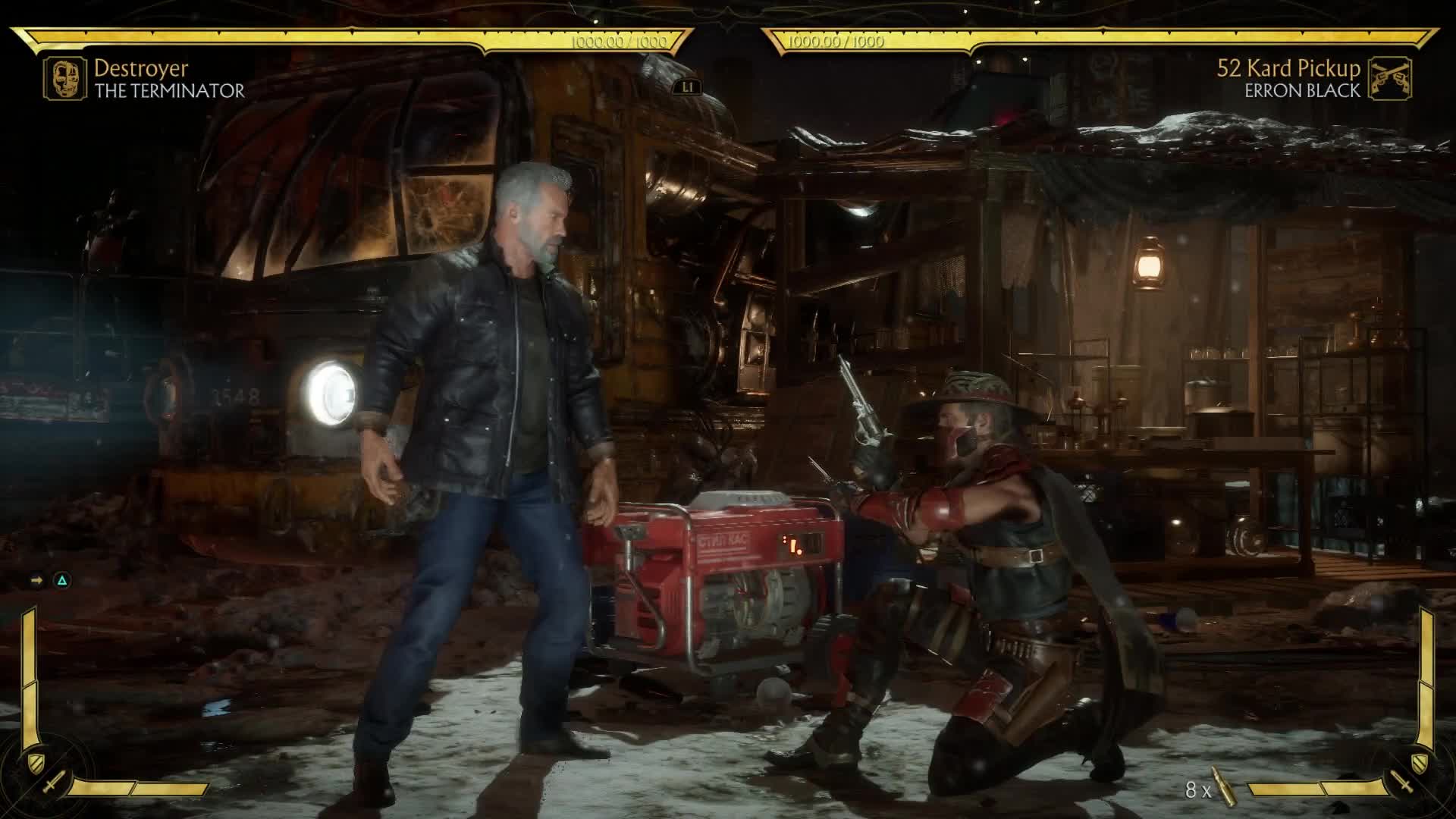 Although it certainly has its own issues, the latest entry in the biggest western fighting game series of all time has more than a few pros and even shares most of them with Smash Ultimate. Many Smash fans rightfully criticize other fighting games for having sparse single player content, but Mortal Kombat 11 has enough to rival the Switch masterpiece and then some.

Challenge towers, arcade modes, a mountain of unlockables, and not one but two cinematic story modes all add up to hours upon hours of fun without ever having to try multiplayer. But whether you do or not, you’ll find a sizable cast of widely beloved characters with unique gimmicks and customizable special moves all ready to lay the smack down on each other. And that’s something we can all get behind.

5. SNK vs. Capcom: The Match of the Millennium 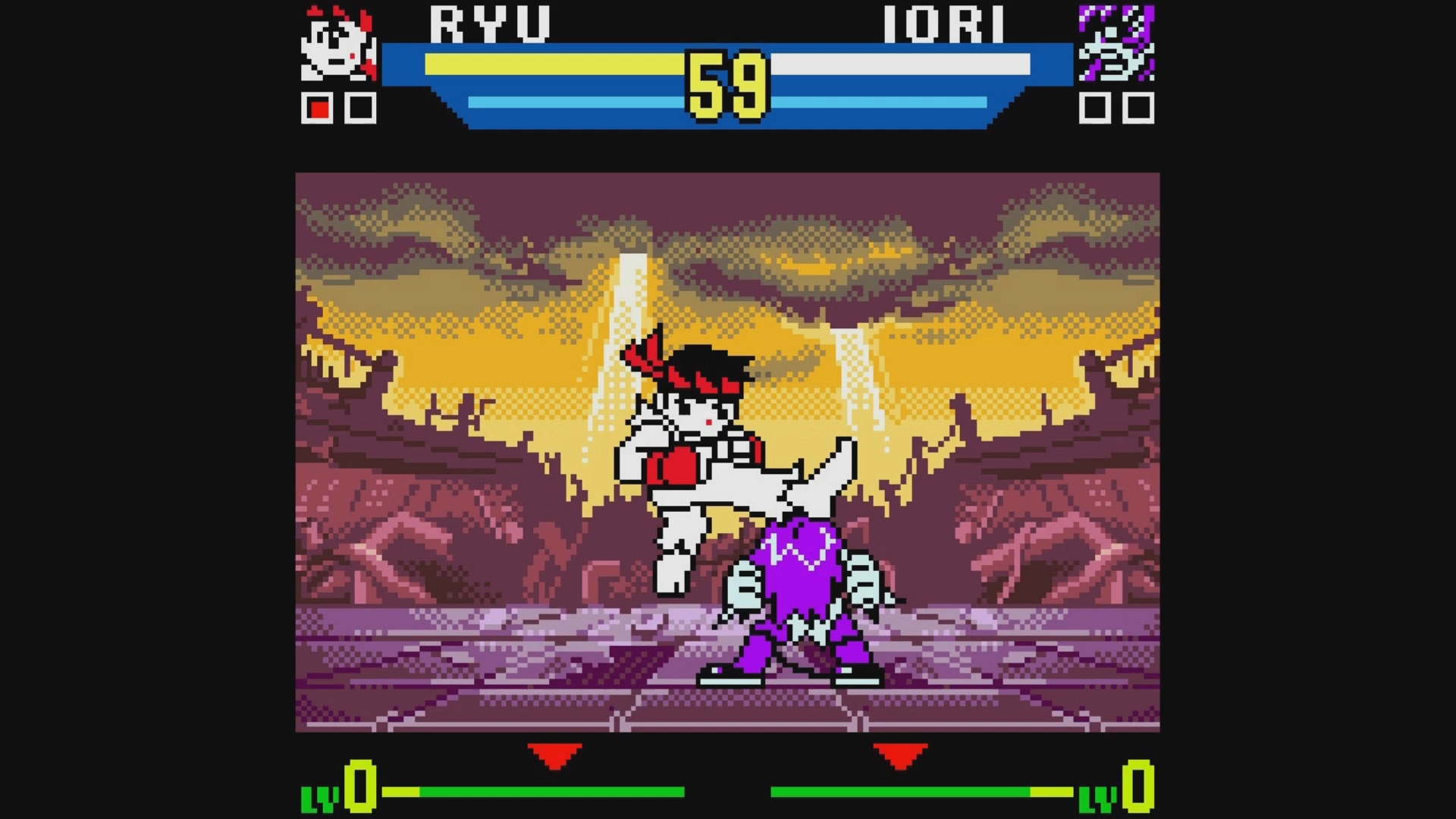 Before Ryu, Ken, and Terry Bogard crossed fists in Super Smash Bros. Ultimate, they clashed in another crossover fighting bash known as the SNK vs Capcom series. Though it can easily be confused with its sister series: the Capcom vs SNK arcade games, this 1999 title released exclusively to the Neo Geo Pocket Color before being ported to Steam and Switch in late 2021. It combined characters from Street Fighter, Fatal Fury, Darkstalkers, King of Fighters and more for an accessible fighting game that would have easily been the biggest crossover of its time had it not had the misfortune of debuting the same year as the original Super Smash Bros.

SNK vs Capcom features an appealing cartoony visual style, fast fighting action, and easy to learn but difficult to master 2-button controls where your attacks will get stronger the longer you hold down the button. If you liked any of the guest characters mentioned above in Smash and want to try one of their games, you can’t go wrong with SNK vs. Capcom: The Match of the Millennium. 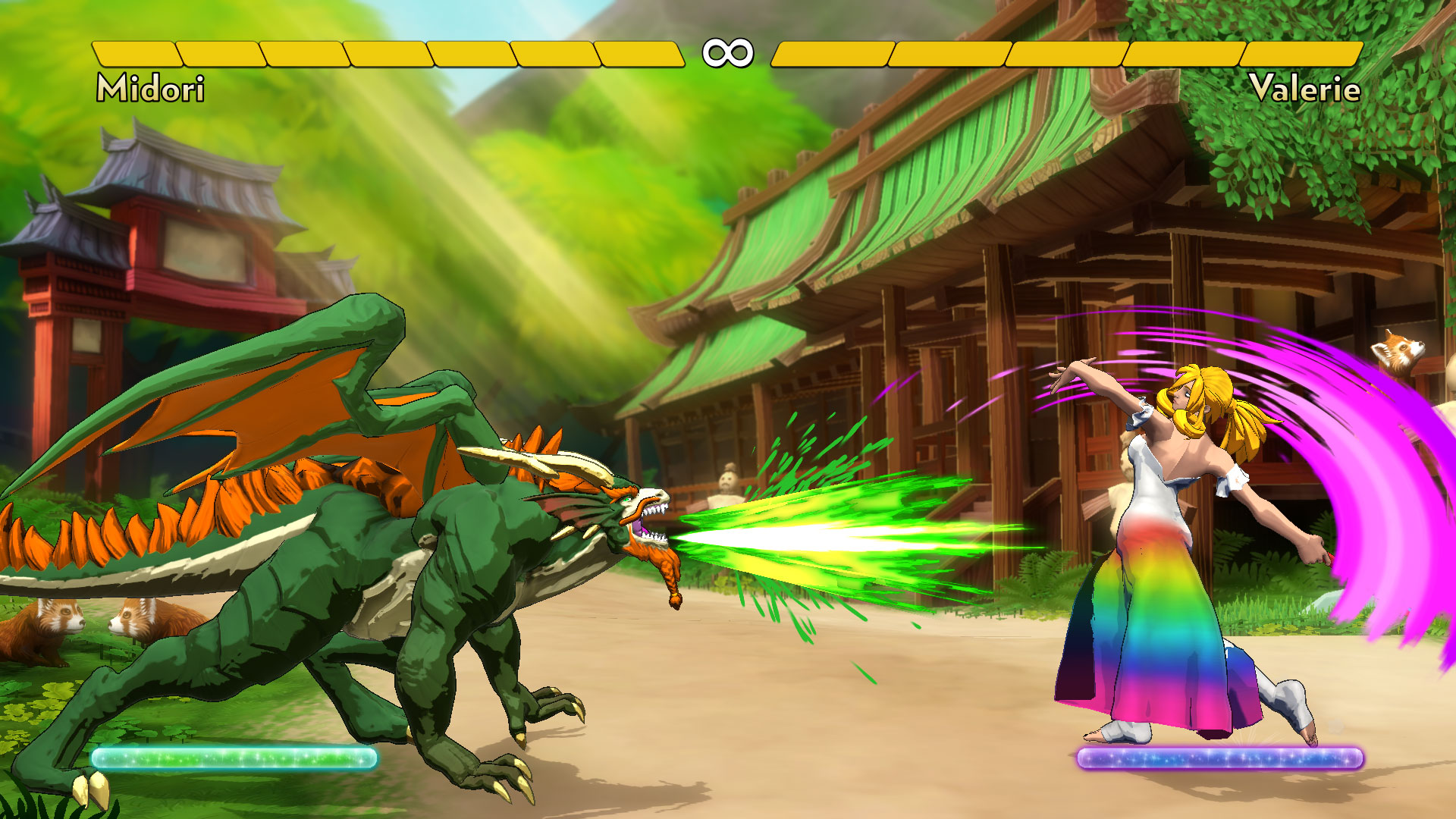 You’d be forgiven for seeing it as just another indie throwback fighting game at first glance, but Fantasy Strike removes almost all the things that differentiate the genre from Smash Bros. games.

No high-low blocking, no minute-long blockstrings and no motion inputs for specials, just press the button while holding a direction corresponding to the move you want and you’re ready to go. You can even enable a jump button if you dislike having that tied to the up directions on your stick. It’s free to play and available on nearly all current platforms so there’s no reason not to give it a shot.

3. The King of Fighters 2002 Unlimited Match 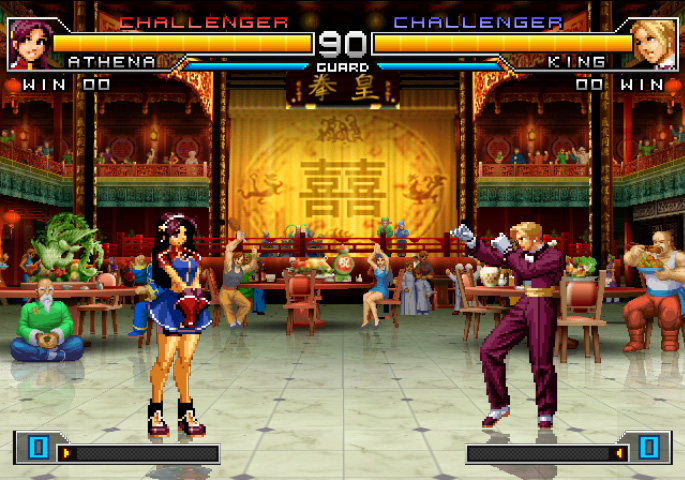 Like SNK vs Capcom, this is a fast-paced crossover fighting game from the arcade legends at SNK. featuring a ton of King of Fighters original characters as well as many other SNK big names like Terry and Athena. It’s easily the most complex game on this list but boasts a movement system that will seem far more familiar to fans of Smash Bros. compared to most other fighting game series.

Whereas traditional fighting game movement consists only of walking, short dashes, and jumping, KoF features running, short hops, extra high jumps, extra high short hops, rolling, and even tech rolling. If that’s not Smash-like enough for you, this edition boasts an earth-shattering roster of 66 exciting characters. That’s only 16 fewer characters than Smash Ultimate has after 2 seasons of DLC, and we’re talking about a game whose original version released in 2002. Did we mention there’s no swordies? 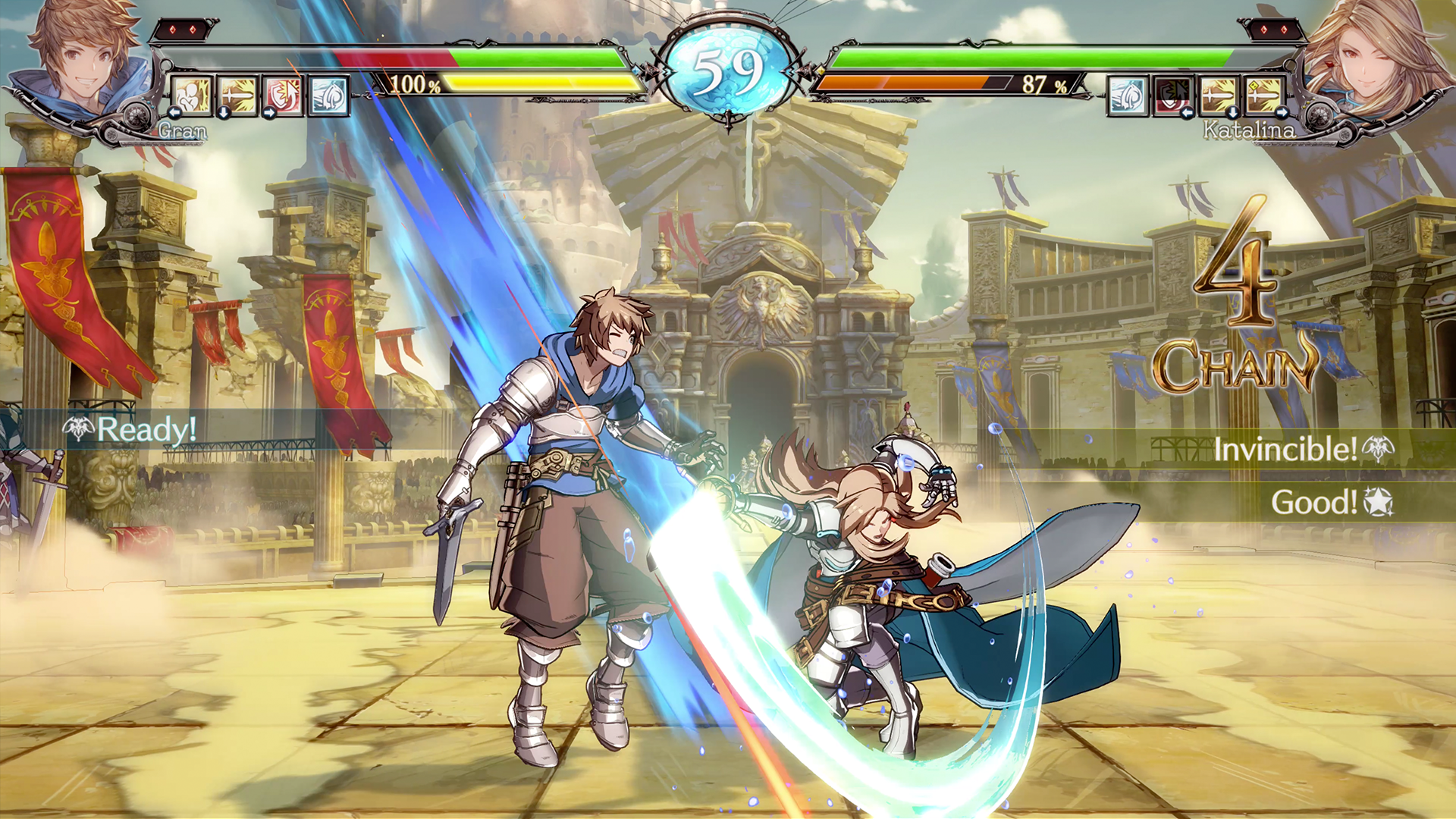 But if you want a game positively brimming with sword characters while retaining the running, short hopping and rolling you know and love from Super Smash Bros. then Granblue Fantasy Versus is the game for you. This adaptation of the popular Granblue Fantasy mobile RPG and anime even has spot dodging and Smash-style specials for even more crossover appeal for platform fighting fans.

Not convinced that it’s a good fit for Smash players? Then keep in mind that multiple Smash pros have not only picked Granblue Fantasy Versus up, but some like Leffen have even found notable competitive success with it.

But if that still isn’t enough Smash Bros. stuff for you, here’s a game that seems tailor made to appeal to Smash Bros. fans. Not just because it features unique characters who fight with items and disjoints alongside guest character Saber from the Fate series, but because the universal mechanics seem pulled straight from Sakurai’s baby.

Running, short-hopping, jumping, double jumping, shielding, it’s all here. Take it from someone who’s played both; if you can handle the movement and strike-shield-grab RPS of Super Smash Bros. Ultimate you’ll not only be able to handle Melty Blood: Type Lumina but you’ll have a great time while you’re at it.
Last edited: Jan 17, 2022 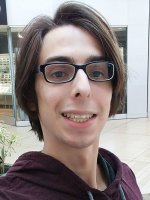 What about Skullgirls?
and are they all impossible to play even on the lowest difficulty setting even if you havent mastered any combos?
I'm suprised the Power Rangers fighting game isn't on this list.
You must log in or register to reply here.
Share:
Facebook Twitter Reddit WhatsApp Email Link
Top Bottom