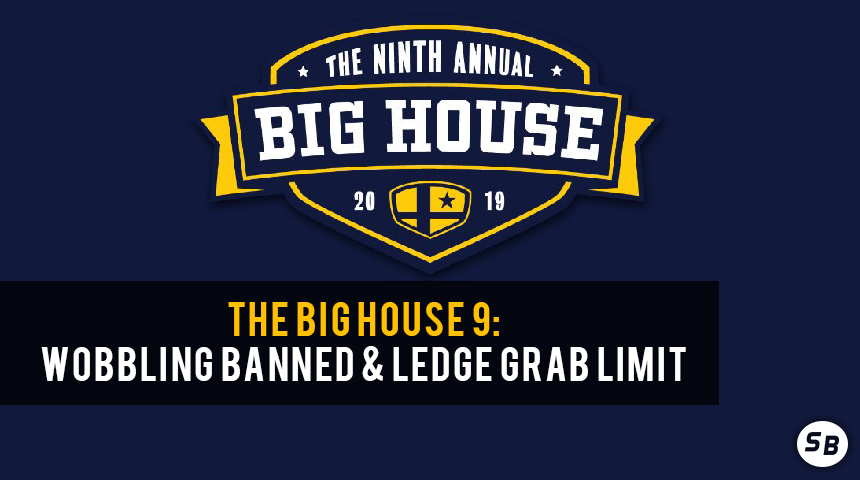 As a TO, it’s best to balance what I think is healthiest for the game and what the attendees prefer, and in recent months the pendulum has swung back towards a preference by attendees for wobbling to be banned. This wasn’t necessarily the case a couple years ago, but I believe the overall sentiment was skewed for a long time by Evo’s wobbling legal stance — after all, it’s hard for TOs to go against the ruleset of the biggest event of the year, and I’m certainly guilty in some capacity too. As with any ruleset updates, I encourage TOs to think freely and make decisions best for their event. At this point I value attendees’ feedback above all else, and it’s time to go back to our Big House roots there.”

In addition to the Melee Ruleset, Smash 64 is making a return:

Last year it was such a great event that we decided to bring it back. Our ruleset is up: we're hosting Singles & Doubles, so register now!

Smash 64 makes the fourth game at The Big House 9. The other three games that will be making an appearance are Super Smash Bros. Ultimate, Melee, and Rivals of Aether

Author's Note: I don't have much of a stake in the wobbling discussion nor the ledge grab limit myself, but it's interesting to see a game made almost 20 years ago still having active debates centered around it. I do also think Jugglerob brings up a great point. Curious to hear other thoughts; let us know in the comments below!

Roycet For me the issue is the fact there is alot of things that ICs can do out of a grab that IC players nowadays are just too lazy (and probably too stupid) to even do. IMO they are probably the weakest players because of the amount of IC players that use wobbling regularly or just abuse it, none of them can do **** if Nana is killed whereas other players that can actually optimize ICs can do alot even with Sopo.
TLDR, if you play ICs and all you can do is wobble, you suck, PERIOD
MalanoMan said:
How does the ledge grab limit get enforced? Someone sits there counting? If a player reaches 60 grabs then they lose the game?
Click to expand...
In the results screen, there is something called "cliffhangers" which tells you how many times you grabbed the ledge. If they go over it, I believe they forfeit that game but not the set
I spose that Wobble ban will make the minuscule amount of Icies players happy. *eyeroll* Has wobbling even been an issue for years now? I guess they'll just have to use more chain grabs and figure out a few new ways (if any) to kill effectively.
You must log in or register to reply here.
Share: Facebook Twitter Reddit WhatsApp Email Link
Top