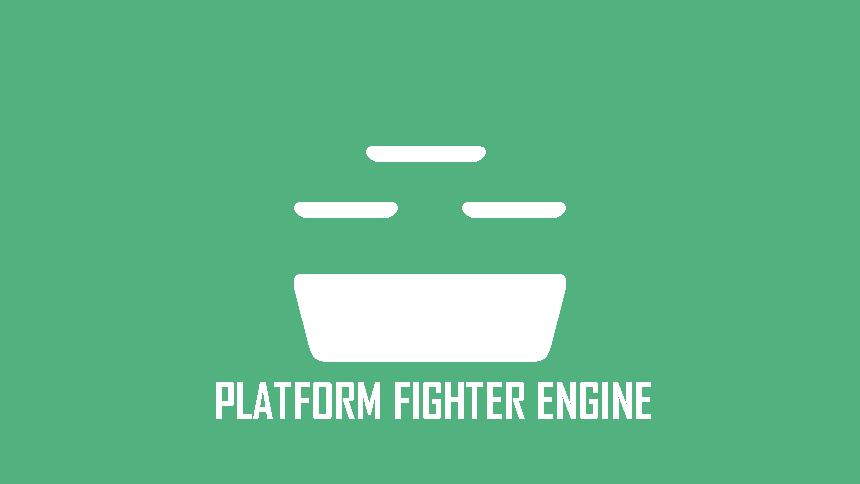 Up-and-coming indie studio Springroll Games has just released a public beta for their Platform Fighter Engine, an open source platform fighter template for Game Maker Studio 2. This template is available under the MIT license, meaning it is free to use for commercial products, so long as proper credit to its developers is provided.

This template features a very similar movement system to Smash, with walking, dashing, short hops and full jumps, as well as rolls, spot dodges, air dodges, and a choice between three different set of shield mechanics - one based on Melee, one based on Smash Ultimate and one that replaces shields entirely with a parry mechanic based on Rivals of Aether. Several more advanced systems like teching, ledge mechanics and even wavedashing are also present.

Out of the box, there are several game feel tweaks that do bring things more in line with Rivals of Aether or Slap City. Like in both of those games, there's some slight leniency on wavedashing and wavelanding - if you're close enough to the ground during the start of a horizontal or downward air dodge, you'll snap to the ground and enter the waveland state. Much like Slap City, characters in the Platform Fighter Engine stop and turn on a dime while dashing, without going through a dash stop or dash turn state like they would in Smash or Rivals.

The engine also features three sample characters designed to act as code examples for different types of moves - a swordfigher named Blocky, a zoner named Polygon and a rushdown character named Vertex. All of these have simple square-shaped sprites, and each takes cues from a different set of Smash characters. Blocky is mostly inspired by Marth and Link, but with elements of Bayonetta and Joker mixed in. Polygon is most comparable to Samus and Mewtwo, though they also have a counter as well as a similar up special to Bowser. Vertex is mainly reminiscent of Fox and Captain Falcon, albeit with a sticky remote bomb similar to Snake's C4.

Certain functionality, such as controller support and controller remapping is limited at the moment, though there are plans for improved support in the future, and developers working with the Platform Fighter Engine are free to implement their own controller support. At the moment, Xbox 360, Xbox One and DualShock 4 controllers all work fine, and people have had mixed results with the Mayflash 4-Port GameCube controller adapter and with Switch Pro Controllers.

Springroll Games also has their own Discord server where they offer tutorials, answer questions and take suggestions for features, as well as channels where developers working with the Platform Fighter Engine can post progress updates on their projects.

Sounds awesome. I used Game Maker a decent amount when I was in school.

I tended to try and make things from the ground up but engines like this are great for understanding how things work that you might be having trouble with or haven't considered.

If I get back into making games, I'll give this a look.
Ah yes. MUGEN but Smash Bros. This looks like it's gonna have a lotta promise, though at a glance I can't exactly tell if it'll easily support higher res sprites like Fraymakers does.
God I am so gosh darn tempted. If only I could draw sprites.

SnakeFighter64 said:
God I am so gosh darn tempted. If only I could draw sprites.
Click to expand...

Programmer art is where it's at.

PLATINUM7 said:
Programmer art is where it's at.
Click to expand...

Well you could always reach out and collaborate with people.

PLATINUM7 said:
Well you could always reach out and collaborate with people.
Click to expand...

Yeah. I could. Can’t pay em though. You know anyone who’s a good sprite artist and works for free?
so these guys have made a template for a smash clone anyone can use?
I'm saying it right now! This is going to be the next MUGEN
YES. This is great. I can finally make a good Sonic platform fighter.
Can't wait for someone to remake the entire Smash Ultimate Roster lol.
Now someone make a platform fighter with Final Fantasy characters.

SnakeFighter64 said:
You know anyone who’s a good sprite artist and works for free?
Click to expand...

Are you going to pay them in exposure?

Will said:
Are you going to pay them in exposure?
Click to expand...