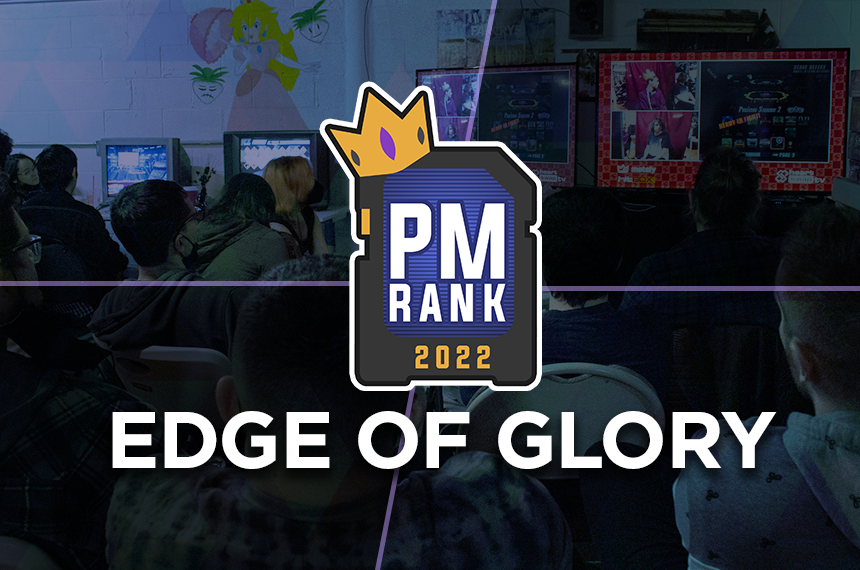 Welcome one and all to the return of PMRank! PMRank is a panel-based Power Ranking of the Top 50 Project+ players worldwide.

We're pleased to be doing another full, Top 50 list, covering Undertow 2021 through HELLBREAK. PMRank staff collected and organized data from 25 Project+ events from the ranking season, seeking out tournaments with significant inter-regional competition. Initially, 72 players were qualified to be ranked based on their placings and attendance at major Project+ events from late 2021 through 2022. Panelists were tasked with reviewing this data and ranking each player in order, from #1 to #72. For each player, the highest and lowest rankings on all panelists’ lists were removed when averaging votes to reduce variance. After an initial ballot, panelists were given time to discuss the aggregated results and move closer to consensus in the case of players with high standard deviations. Then, panelists submitted a second and final ballot to determine the placement of our PMRank Top 50.

While we are very excited to release the beginning of this year's rankings, we must first go over a few names who almost made the cut. These three players hail from three very different scenes, play three very different characters, but all have the skill it takes to make PMRank next time around.

Once a member of the 2D army of Game & Watch players dominating the late game meta for Project M 3.6, LoyaL was one of the few people to take a set off Thunderz during his ReiGN of Terror in the late 2010’s. The 47th ranked player on PMRank 2017 went into relative inactivity for a few years after his PMRank debut, but a return to competition has landed him back on: this time on the Edge of Glory. Embracing Project+ by leaving Mr. Game & Watch behind in favor of both Sonic and Mario, LoyaL secured wins on Motobug at Undertow 2021, Violet at Blacklisted 7, and Anday at HELLBREAK, showing the community that it’s never too late to return to competition and modernize your game for a new era.

Like many of his NY/NJ compatriots, Mar only made a few appearances at majors, but he was able to show why he belongs on the cusp of Top 50. While his Undertow was uneventful, at Blacklisted 6, Mar took the best win of any player in the Edge of Glory section by beating Ellipsis, eliminating him at 49th place. Mar also took down former Top 50 player Plagavis at Blacklisted 7, showcasing an understanding of Marth fundamentals in a classic Melee matchup. If Mar can turn his punish game up a notch or two to match the strong neutral he boasts, it’ll be sooner rather than later that we see his name among those in the Top 50.

Connecticut’s resident anime protagonist Shadowhawke had an exciting season, being the first we saw the clutch master travel. While he did not take a set versus any ranked players in 2021, 2022 was a different story. At Honeypot 4, Shadowhawke defeated Tuck and 2019’s #10 Sothe, losing out to CT rival Kycse, as well as metroid, but not before earning top 8 at the regional. Blacklisted 7 was another strong event for the ‘hawke, defeating Sabre in an intense game five set. Although it was not eligible for our data, Shadowhawke flew through the competition at Fireside, the first national arcadian, defeating everyone in his path to earn the gold at the event. Shadowhawke is perhaps the closest definition to “Edge of Glory” as it gets. With continued practice in his home region of Connecticut, it’s not unlikely that Shadowhawke will break through his final barrier to national stardom in 2023. 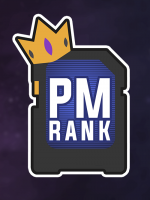 PMRank Staff
Guest Contributor - PMRank Staff
PMRank Staff is a joint account used by the foremost contributors to PMRank, a yearly ranking of the top 50 Project M players in the world. The current PMRank staff are FlashingFire, Motobug, Pikmon, and Sabre.

Let’s go Hawke woo
Excited to see how the ranking shakes out this year.