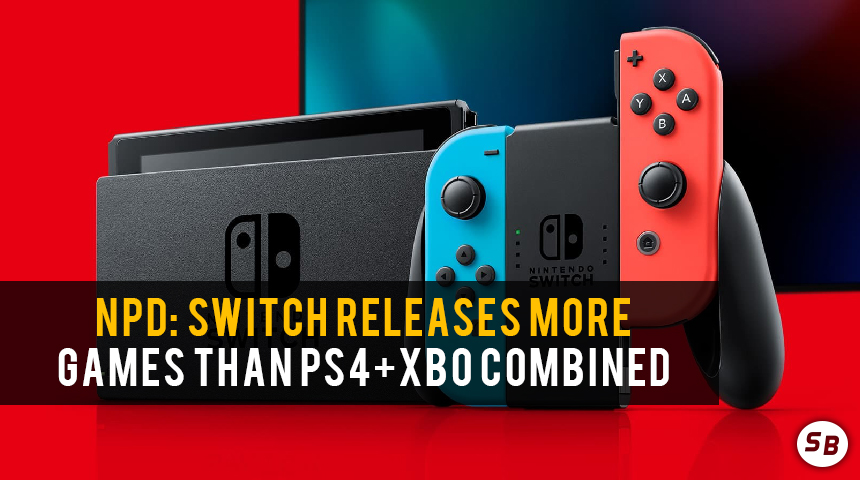 Remember how it seemed that there were never any new games out for the Wii U? According to the NPD (National Purchase Diary), the tables have turned. Mat Piscatella, Video Game analyst at the NPD, reported over 1,400 new releases for the Nintendo Switch. For reference, in the same timeframe, the PS4 received 600 new releases, while the Xbox One followed closely behind at 400. This makes the Switch’s new releases over 400. That’s more than both it’s competitors combined!

If you're thinking the Switch marketplace got a lot more crowded this year, and that a whole bunch of games were releasing all the time, well, you're right. pic.twitter.com/ByW1azu3zC

What about compared to previous Nintendo consoles? While Wii U release counts haven’t been disclosed, a Wii and Switch comparison graph of the first three years was reported. The Wii doesn’t even hit 400 new releases on any year.

Author’s Note: When will game development for the Switch slow down? Is this the future? Let us know in the comments below!