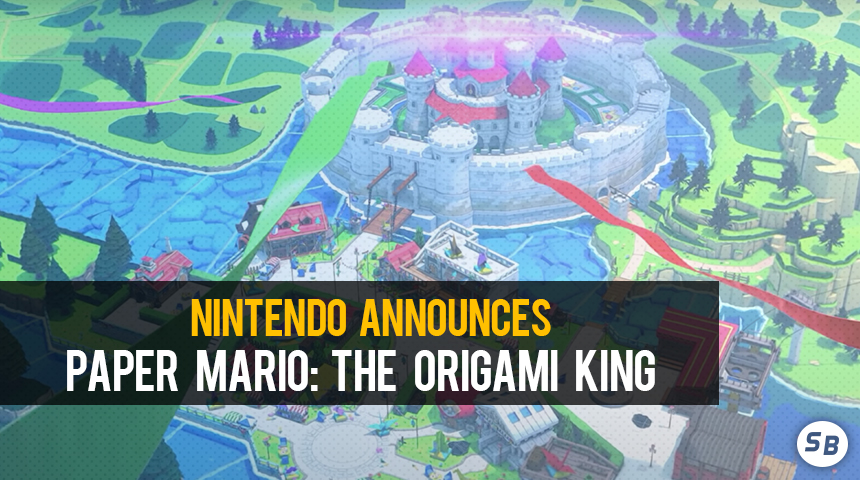 On May 14th, 2020, Nintendo surprisingly announced a new Switch title out of nowhere, Paper Mario: The Origami King!

So what do we know about this installment of the Paper Mario franchise? Well, we can’t tell how the battle system plays like yet given how short the gameplay segment featuring it was. However, what we do know is that there’s a heavy focus on origami like the title implies, it’s seemingly ever-present in both the plot and gameplay elements. The story revolves around Mario’s quest to stop a fellow named King Olly from turning his world into an origami-fied version of itself. Then on the gameplay side of things you have stuff ranging from origami enemies to the absolute madness that is Mario’s new arm power. 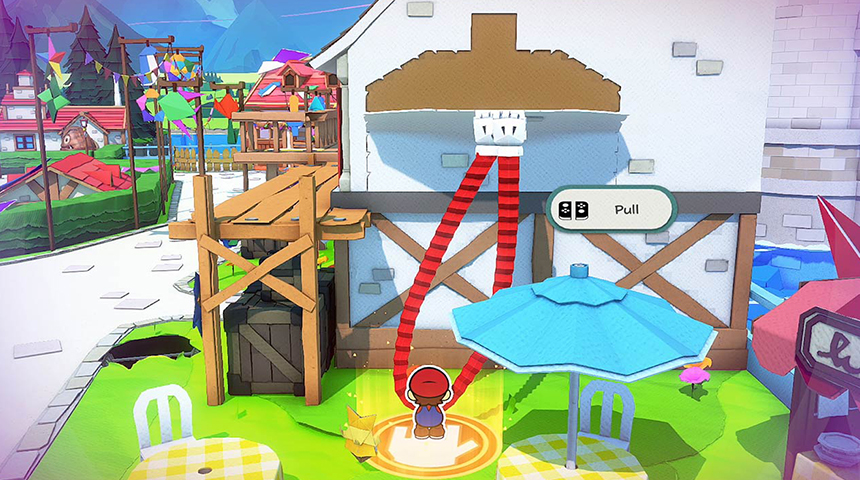 Seriously, look at how crazy these arms are!
​
Paper Mario: The Origami King is releasing on July 17th, 2020, which funnily enough will be exactly 64 days after the trailer was uploaded. If you want to learn more about the game, check out its official website and the trailer below:


Author's Note: Admittedly, I was hoping the next Paper Mario game would be a return to the original formula, however I also think it's important to not judge a game just because it's different, especially when we know so little about it! And, I've gotta say, the game's aesthetics look absolutely gorgeous. Anyway though, what do you think about it? Excited, not so excited? Please let us know in the comments below!

Man I haven't played a Paper Mario since the Wii one came out but this one catches my interest with the whole origami theme. I don't know if that one Paper Mario rumor was pointing towards this game but I hope the other Mario rumor, the one with the 3D platformers coming to Switch as a collection (or released individually for the eShop) comes true.
WET FLOOR SIGN BOWSER!
Finally, the RPG battle mechanics from the first two games are making their grand return to the franchise. Hopefully the story is just as good as the old Paper Mario games and we also get actual partners to boot.

All jokes aside, this looks incredibly promising.
With the DK reference in the game, it would be cool to see K. Rool in paper form just sitting down in a bar or a bench at a park thinking about his next evil scheme to throw at the Kongs.
Last edited: May 15, 2020

RetrogamerMax said:
With the DK reference in the game, it would be cool to see K. Rool in paper form just sitting down in a bar or a bench at a park thinking about his next evil scheme to throw at the Kongs.
Click to expand...

that hes been working for for about 11 years

RetrogamerMax said:
With the DK reference in the game, it would be cool to see K. Rool in paper form just sitting down in a bar or a bench at a park thinking about his next evil scheme to throw at the Kongs.
Click to expand...

fogbadge said:
that hes been working for for about 11 years
Click to expand...

Lord Fredrik’s just like “Nah, Snowmads are in charge now.”

mabye k.rool could team up with the kongs then

fogbadge said:
mabye k.rool could team up with the kongs then
Click to expand...

there be many factions on Donkey Kong Island. Sure you got DK and his “family”, but then you got a whole bunch of rival kongs like Dread Kong and Sumo Kong.... and also Mankey Kong exists. Then you got K Rool and the Kremlings. Then you got the Tiki Tak Tribe. And then Lord Fredrik and the Snowmads.

Then throw in the fact that they definitely share a universe with the Mushroom Kingdom, Bowser’s Kingdom, Sarasaland, Wario’s castles, and everything else from Mario canon
Hope it’s good.
"Mario's new Arm power."

Looks like Paper Mario was the upcoming ARMS character all along.

K. Rool is like: "Too bad! K. Rool time! I'm back *****!"
Not so excited. Why they can't just go back to how Paper Mario 64 & TTYD were is beyond me.
Nobody talking about a possible Paper Mario for Smash?
It does seem like an interesting approach that they’re taking but I’m gonna remain cautious with this one and wait for more information to come out before I consider getting it. I really do not wanna get burned a third time. I do hope it’ll turn out better than the last two but I’m still gonna miss the style and feel of the first few games if this is gonna be the norm.

That said, thinking about it, I think it would’ve been kinda brilliant and clever if Origami King returned the characters and enemies to their classic designs but kept the folded forms as the current designs as a bit of a meta-commentary. I wish they would’ve gone that route.
I'll have to check it out.
You must log in or register to reply here.
Share:
Facebook Twitter Reddit WhatsApp Email Link
Top Bottom