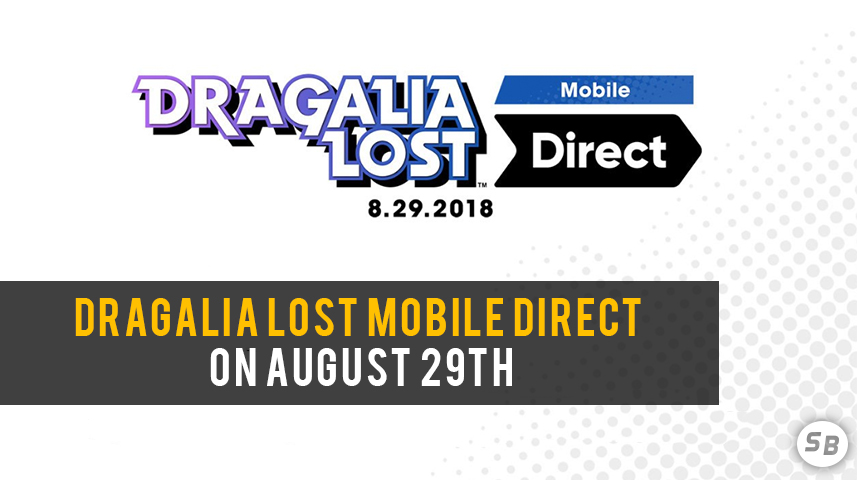 It’s been a while since Dragalia Lost’s reveal this April, but a Nintendo Mobile Direct all about the upcoming role-playing game has been confirmed for this Wednesday, August 29th, at 8:30 PM PT/11:30 PM ET.

Dragalia Lost is being developed by Nintendo and Cygames, the creators of games such as Shadowverse and Granblue Fantasy, and is slated to launch on September 27th in the United States, Japan, Hong Kong, Taiwan and Macau. If you want to learn more about Dragalia Lost, the quickest way to get in the know is to watch the official livestream on Nintendo’s site.

Author’s Note: Excited about getting a direct only a day after the Nindies Showcase? Let us know in the comments below!

I didn't know they were co-developing this with cygames. Hopefully this means we get the amazing art that we have in Granblue Fantasy. I'm a sucker for Gatcha and am playing the heck of out Fire Emblem Heroes and Bang Dream so I'll probably download this as well.
If it's anything like Shadowverse or Granblue it's gonna be trash.
and what is that in bst?
fogbadge said:
and what is that in bst?
Click to expand...
It's 4:30 AM on August 30th.
Zero Soul said:
It's 4:30 AM on August 30th.
Click to expand...
well i catch up later in the day
This game looks like it's gonna kick some a**!
You must log in or register to reply here.
Share: Facebook Twitter Reddit WhatsApp Email Link
Top