Hey, just wanted to throw in my support for Adol the Red. With Falcom perhaps being the single most important JP game developer that has ZERO representation in Smash of any kind, including assist trophies or spirits ala Koei Tecmo, it's quite baffling and almost insulting he still isn't in Smash yet.

Imagine his hypothetical reveal trailer; if Nintendo and Sakurai wanted to get cheeky and really cause a stir, they could do a fakeout intro showcasing a bunch of Fire Emblem characters duking it out to milquetoast orchestral music, setting up expectations for Edelgard or someone else. Suddenly, Adol crashes in from the sky with the Books of Ys at the last possible moment, the guitars of Palace of Destruction or Release of the Far West Ocean blaring, as he obliterates everyone except Roy and then bump-combats Roy out of the scene. That'd be such a cool trailer and would generate so much buzz. 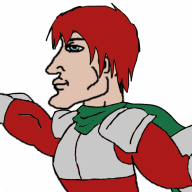 I was just rewatching the launch trailers for some of the Ys games that got ported to PC (Steam) and, an idea just hit me. I remember reading recently that plans for Ys IX's localization were under way. The game was released back in September 2019 in Japan so, let's say that we could perhaps get news of the Western localization coming some time around October or so of this year (or maybe early 2021 due to reasons)? Now, bringing up Smash Bros. Ultimate's Fighters Pass Vol. 2, of which challenger packs will be released no later than 2021, Adol could perhaps make it if said localization plans were taken into account during the selection of Vol. 2's packs. Like some DLC fighters that got their games promoted (i.e. Joker with Persona 5, Hero with Dragon Quest XI, and Byleth with Three Houses), Adol could be have been chosen as one of the packs that would release around the time of Ys IX's western release. This is me hoping though but, it would be a good call. He might face at first glance the rebuttal of him being "just another anime-swordfighter" but the uninitiated in the Ys lore will soon learn of this character (and his franchise's) greatness. 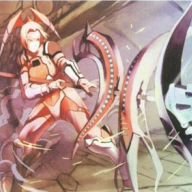 Tbh in general Adol is a character that's hard to hate once you know what he's all about. But even if they're fed up with FE that doesn't mean they'll judge him like that XD. You have cloud and new gannon smash attacks that got great reception, and hero was mostly negative (before rng) because there weren't many DQ players over here.
You must log in or register to reply here.
Share: Facebook Twitter Reddit WhatsApp Email Link
Top Bottom