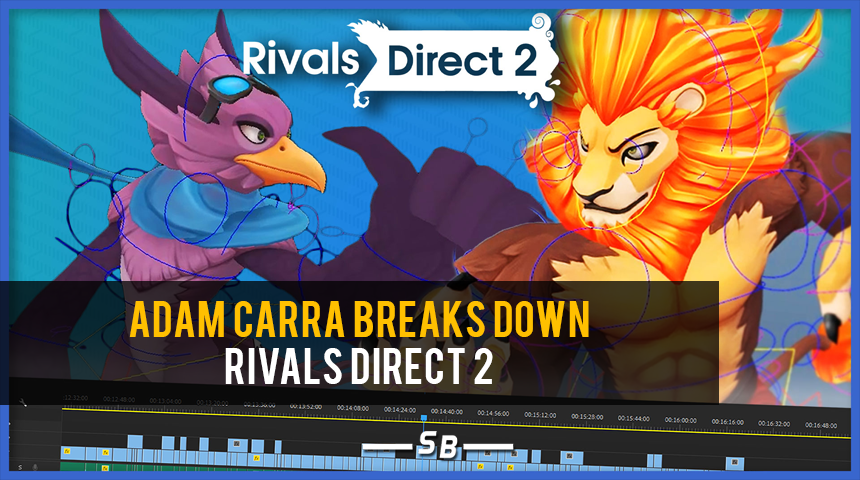 On April first, 2020, Dan Fornace, George Rogers and the rest of the Rivals of Aether team hosted their second Rivals Direct alongside content creator and former Rivals Championship Series top 50 player Adam Carra. This presentation was part tongue-in-cheek send-up of Nintendo's own Nintendo Direct announcement streams and part genuine announcement of what's to come for Rivals.

Because of the Direct's broadcast date and the more humorous bent it took—from its framing device of Adam trying to figure out the "real announcement" to several sketches reminiscent of Adult Swim comedy series like Tim and Eric Awesome Show Great Job or The Eric Andre Show—many Rivals players have asked how much was real and how much was part of the joke. To address everyone's questions and concerns, Adam Carra has taken the time to break down the various announcements made in the direct.

Getting into the announcements made in the Direct proper, Adam explains that not only was the tetherball minigame presented during the direct a real game mode, he reveals a few details about its mechanics. Players can only hit the ball when it's on their side of the field, meaning stage control still matters. Players can still take damage and die, though they will respawn after a few seconds. The scoreboards are actually solid objects in-game, and players can be both launched into them and tech off of them.

The rest of the video discusses Creatures of Aether, the three new projects teased during the sizzle reel at the end of the Direct, as well as the process of actually making Rivals Direct 2, with a heartfelt thanks to both Dan Fornace and his team for taking a risk on bringing Adam on board for the Rivals Directs, and to the Rivals of Aether community for supporting him all these years.

Author's Note: What did you think of the second Rivals Direct? What are you looking forward to the most?
Last edited: Apr 17, 2020