Why do you play mewtwo?

Until recently (the mewtwo reveal for smash 4) I didn't know that there was such an ardent following of mewtwo in the smash community and I was wondering what makes mewtwo special to you? What is different about mewtwo that makes mewtwo an interesting character gameplay wise? (Not bashing just curious) Thanks for the replies!
Last edited: Oct 25, 2014

Low-tiers are low tiers because they haven't been explored as much as high tiers have. There are of course other reasons, but I think this reason is why I play Mewtwo, and even Pichu. Something about proving Mewtwo mid-tier is fun.
Last edited: Dec 11, 2014 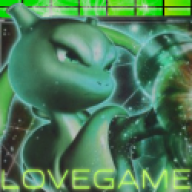 Master of the Disco Stick

Because I'm one of those weirdos who plays Smash competitively, yet will only main a character if I'm a fan of them and their home series.

It sucks how I've learned most of Mewtwo's ATs like the back of my hand, yet will still lose to most high-tiers of a similar skill level to me most of the time just because of Melee's awful balance. At least PM proved that Mewtwo could be viable.

I don't care for any of the top 8 besides Falco. They don't interest me, therefore I won't main 'em.
M

mewtwo fits my style of play. tbh playing fox and falco feel like gameshark hacks. none of the other top tiers feel fluid the way mewtwo does. I only like mewtwo ness and samus. lol
D 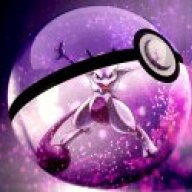 He has all the coolest movement options -- long wavedashes, a good moonwalk, and a godly teleport. Invisible air dodges are also pretty sweet. (By the way, did you guys know jump + instant air dodge up is just enough to get onto the Battlefield platforms? Not that useful, but an interesting mixup if you've been teleporting a lot since they look similar.) The dash dance is pretty bad though.

I also love his huge recovery. If you're smart about your double jump, it makes it so you can stay offstage for a long time while edgeguarding or evading someone's edgeguard.

All his aerials (except dair maybe) just feel so crisp too. And the smashes. And then he's got the powerful throws...

I wish I didn't have these finals and papers and things so I could play Mewtwo now. 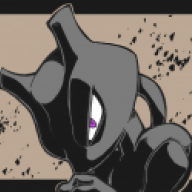 He was is my favorite character from one of my favorite video game franchises.
When me and my little brothers unlocked him in Melee a decade ago, my brain exploded.

I've grown to love this character so much, i didn't give a hoot about him being "trash-tier".

(My reaction to his reveal the the 54 facts direct was pretty much on Etika's level.) 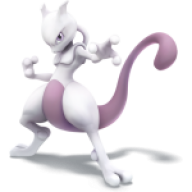 Because I think he's just so damn cool, using that telekinesis of his. He levitates, the way he carries items, the way he throws people around with his Up and Back Throws, etc. Psychic is my favorite Pokémon type, too. He also happens to suit my playstyle, which is almost always using floaty, air-based characters. 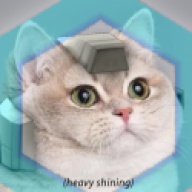 Mewtwo just fits my play style and he's super fun. Plus I live in the low tier state so why not 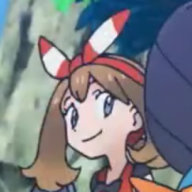 In melee, there's a reason why I play- no, main Mewtwo.

He's unpredictable. Other than unknown match-ups, Mewtwo can teleport (completely lagless when in the air) and has moves like confusion and disable others don't see coming. Sure, not the most useful moves, but they can be handy at the right situation.

You can't disregard his positives. Mewtwo has an amazing tilt game (up-tilt is very nice for opponents appearing from below, including up-air), has absolutely glorious recovery unlike the majority of the viable cast, (which yes, is counterbalanced by being light and big, but can make for great edgeguarding ability), has a double-jump cancel, which is useful for landing aerial moves, and has a really good wavedash.

Also, side-b on battlefield? Gonna drag them into the abyss!

Finally, He's fun. You know, there's a certain joy when you get tired of seeing the same 8-4 characters on the screen battle it out for more than a decade straight and then you actually see a low-tier on the screen. I also have a Falco, but things get more serious when my Falco goes against another high-tier character. Most likely, they know the match-up. When I play Mewtwo, I can't help but smile when I see what is considered one of the worst characters in the game playing against someone serious with Falcon or Fox. And my opponent hardly knows anything about Mewtwo besides whatever's infamous. It makes for a mindset that is unpredictable and happy! You get what I'm saying?

I play Mewtwo to find what I can do with him. I tend to not do what everyone else does when it comes to smash. Mewtwo has great things, you can't just focus on the bad stuff the moment the character is on topic.

I started, and then stopped, and started playing M2 again. I think the main draw to M2 is that most people don't know how to deal with him, and that while he has a lot of flaws he really does have a lot of unique options that allow him to control a lot of things in the game.

I often think of how small of a tweak it would take for M2 to be viable. I'm thinking that if M2 had Marth's runspeed and a heavier weight like Yoshi or Samus, that would be all it took for him to be legit. He's so close to being a good character.
You must log in or register to reply here.
Share:
Facebook Twitter Reddit WhatsApp Email Link
Top Bottom