What kind of weapon is the Mega Buster (for spirit purposes)? 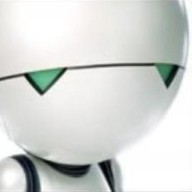 I'm organizing my spirit list and tagging my favorites. So I have to ask, does Shooting Attack Up pertain to the Mega Buster, or is it Energy-Shot Attack Up? (For the longest time, I assumed it was the former, but now I'm wondering if it's the latter.) Also, do the pellets from Mega Man's neutral A count as shooting and the Charge Shot count as energy-shot?

I tried some play testing, but it was inconclusive (both spirit buffs seemed to do relatively similar damage).

Does anyone know for sure?