Guide The Amateur's Almighty- A Mewtwo Guide by Quak

Perhaps I was beging to missunderstand then original argument, because it looked to me like peepz were trying to say the SBC was somehow a credable edge guard. Airo you may have a point however when it comes to shadow ball, instant death from a fully charged one at 70% that can be a nice gimp for m2 idk like i stated before i will have to do some testing of my own before I can intelegently pick a side to argue for. Thanks for the clarification.
G

it works well on space animals (fox & falco), especially if they forward b onto the stage, this is when u have to be psychic as well, u must predict what ur opponent does

**** it people, tell me what an awesome job i did on my guide now that it's complete!

and then feel free to tell me tidbits to add.

its not completed T_T

Awsome job on the guide now that it's complete, I wish you would've done this sooner
because I wanted to mess around with Mewtwo before, but there wasn't an adequate guide up

k guys, that should be it, if you wan't you can type your own character specifc tactics that i didn't cover already, and i'll review them. If it's good **** then i'll post it.

But methinks i've done enough for the m2 community
S

your guide is effing long.
G

It would be cool to show things like, how to taunt
here are some ways

do the really slow walk, where he floats with his arms crossed

also don't tech, just fall on the ground and get up like Jesus.

do his edge teetering animation, it looks so pro

press up on D pad

RTRM said:
your guide is effing long.
Click to expand...

long... but incomplete
out of love for mewtwo... please finish it

no ****in way im doing mid/low tier character, as i have no idea how i would describe playing them.

Am i missing another topic?
A

quote taj's explinations in the "taj is best mewtwo" thread

and slap them onto a new character specific section.

im plotting some statistic for mewtwo as well.,... i get back to you when im done.
it would fit nicely onto your kill section

he only explains a couple characters, i added the blurb he had on peach, but yeah, i don't really feel like doin it,

tell you what, if you email me the code for his quotes i'll definatly put em in a new section

taj said:
and all that junk

cause other wise it'll be a big block of text, and it won't seem legit cause it doesn't have that quote box thingy around it.
Click to expand...

Hey guys. Long time reader, first time posting. I've just started really practicing and learning Mewtwo (attempting to make him a viable main). Anyways... I was wondering if I have come across a solid way to deliver a full Shadowball into your opponents.

Anyways, this is what I got.

This is a one time per match semi-mindgame KO.

Get a grab in, (With Mewtwo facing away from the stage) and do a forward throw. Little damage is given, and he is hit/stunned by the proceeding balls. As soon as you can, release the ball, and watch the opponent drop from the throw, straight into the finisher.

I can see Fox/Falco shining it if they expected it, same with the other characters that can deflect. I imagine that if you can execute it right, you could mess someone up with the mindgame aspect. Get your full charge again later in the match and do the same proceedure and grab and forward throw. I can then see the opponent shining/deflecting. Maybe a WD into some edgeguard?

I just thought it was a pretty cool thought. Something worthwhile to keep in the bag of situational payoffs.

Let me know what you think...

it's really risky, but yeah i've done it to un suspecting fastfallers that jump into the ball
J

That'll never work on anyone even halfway decent. =\

but it only works if THEY make a mistake so yeah, it's not reliable at all
A

i use shadow balls as a close combat when they approach, usually i find it works, as they are in mid jump/short hop, and if they re in a shuffle they just get hit by the charged shadow ball. If they airdodge, you can grab-->combo them...i think it works
D

I'd like to tell a good way to beat up a fox/falco player. Get to the edge of a stage (IE Final Destination). Grab >BThrow>Dair. Most of time, and since they are fastfaller permanently, they won't have much choice left but to be knocked out.

That work for me 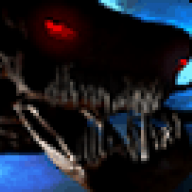 That's not even a gimmick.

Ok i Might look noob but I don't care, I'm here to learn

I see DI in many place, without knowing what it mean

Can anyone light me plz 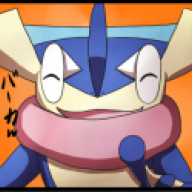 Directional Influence, I believe. Using movement to control where you will land in the air or where you will after being hit by an attack. I'm sure someone else could give you more details on it.
D

thank you for fast answer

there is your super detailed answer
J

D0od, if you want a better way to **** up scrub space animals that get bthrown, just drop down with them and nair all the way. Then teleport to ledge.
D

Thank you joshisrad for the hint
Y

Actually, I DO use D-air to surprise opponents. Now I know it can be countered easily, but it comes out of NOWHERE. When Mewtwo jumps, people generally expect a N-air. But a short hopped D-air is... well... an uncommon spontaneous strategy that not much people would expect.

For me, it works A LOT. I don't know if you tried it. Just thought I could share my two cents.

Yoshistar64 said:
Actually, I DO use D-air to surprise opponents. Now I know it can be countered easily, but it comes out of NOWHERE. When Mewtwo jumps, people generally expect a N-air. But a short hopped D-air is... well... an uncommon spontaneous strategy that not much people would expect.

For me, it works A LOT. I don't know if you tried it. Just thought I could share my two cents.
Click to expand...

who you play with might reveal why it works
P

I have need an opinion on this combo, for the space animals
step1- upthrow
step2- grab again and upthrow with timing(they can DI but still be caught)
step3- DJC pivot (predict where they land afterwords)
step4- ??? ect....
A

yes you can, at 0% you can upthrow twice. You upthrow once, and once they choose to DI you follow them and catch em again and upthrow again. It can only be done twice I think.
Y

Well, I know for a FACT that it doesn't work on Marth (Look at his sword, it's so quick and long!!), but it works pretty well on others, when timed correctly and played right.

Also, for Mewtwo's Down throw... after you execute it, you can Dash Dance while they're recovering, then you can wavedash to wherever they are, and go for another D-throw! When you run out of room, you can throw him back, run up to him quickly, and start it all over again! When the time is right, you can U-throw for a kill. I think Mewtwo's throws are the best, except that disgusting F-throw. There's a possibility of killing someone only by means of throwing... how cool is that?
A

PDRK said:
yes you can, at 0% you can upthrow twice. You upthrow once, and once they choose to DI you follow them and catch em again and upthrow again. It can only be done twice I think.
Click to expand...

is the DI correct???

PDRK said:
yes you can, at 0% you can upthrow twice. You upthrow once, and once they choose to DI you follow them and catch em again and upthrow again. It can only be done twice I think.
Click to expand...

Yoshistar64 said:
Well, I know for a FACT that it doesn't work on Marth (Look at his sword, it's so quick and long!!), but it works pretty well on others, when timed correctly and played right.
Click to expand...

guys i like ur enthusiasm, but it just doesn't work


PDRK, they might not be able to DI from it, but im almost sure he can jump

Yoshistar64, yeah, you can dair people, it's possible, but not a legit thing to do IMO.
A

i think im going to start using dair for techchase; it sets up for other aerials nicely.
at lower percentages, it may potentially connect to grab?