SSC Brawl: What to Expect 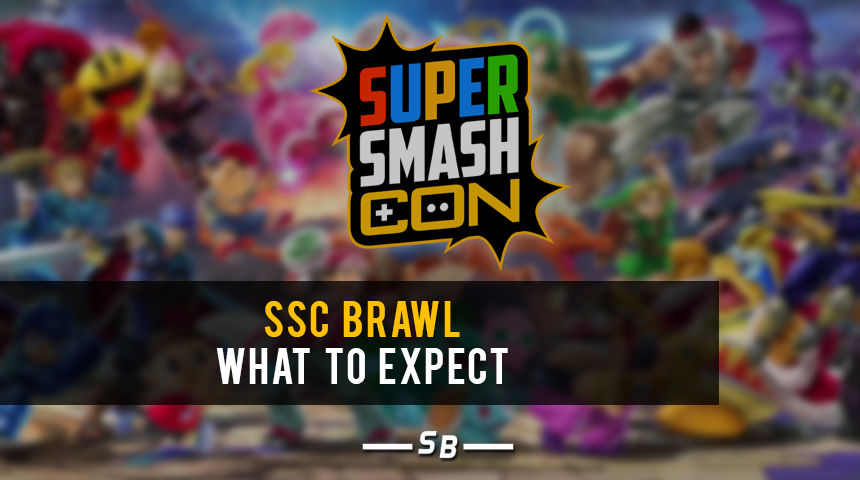 It’s that time of year again: Super Smash Con. Since its inception in the post-Super Smash Bros. Brawl era, SSC has been the premier Brawl tournament and is the de facto Brawl major. Only GOML and the one-off CEO Dreamland could compete with SSC in terms of the caliber and number of players in attendance. As well, SSC is the only time of the year where Brawl gets serious stream time on a national stage. Let’s take a look at what this year’s edition has in store.

SSC is an important marker in the biggest story in Brawl right now: the rise of Cody “Cody” D., New England’s premier Netplay warrior, ranked #15 on the 2016-2017 SSBBRank, who beat Nairoby “Nairo” Quezada at the last SSC. Few people on Netplay can challenge Cody’s precise Meta Knight, and his secondaries are tough to beat as well. Cody dominated this year at offline events such as Return to Subspace, where he beat Matthew “Fatal” Townsend, Trevor “Atomsk” Hirschen and Mike “Mikeray” Ray to take home 1st, as well as Smashadelphia, where he beat Mikeray again, Dan “Hinkage” Ray and Arjun “lloD” Malhotra on his way to another 1st place. Cody is one of the few people left still grinding Brawl at a high level, and everyone’s waiting to see what he’s able to accomplish this year. Especially interesting would be a set with Jason “Anti” Bates, if it happens. Anti skipped SSC last year, but placed 5th at GOMLback in May. A Meta Knight ditto between Cody and Anti would undoubtedly be a competitive set.

Look out as well for the Ray brothers Mikeray and Hinkage. The two brothers are still grinding Brawl, garnering them #9 and #16 on the latest SSBBRank, respectively. As a doubles team, they’re one of the best in the business, winning last year’s Brawl doubles event at SSC and getting 2nd to Joshua “Pelca” Bedoya and Fatal at Return to Subspace this year. The biggest competition they have for Brawl doubles this year is Nairo/Anti and Cody/Player1, so we’re likely to see a very high level Brawl doubles top 3.

Every year at Super Smash Con, there is a mix of players who have stuck with Brawl and players who have moved on to other games. Among those who stuck with Brawl is Hunter “Player-1” Rogers, a Diddy player from Georgia. He played some Smash Wii U and Project M, maining Diddy in those games as well (you might recognize him from this clip of Juan “Hungrybox” Debiedma). He placed 5th at the last two SSC Brawl events and looks forward to breaking into top 4 this year. Brawl is his favorite game, and he feels it has much more depth than other Smash games he’s played.

SSC is Brawl’s major every year, and typically has the most entrants, this year garnering 168. Some of these players are old Brawl heads who never moved on, some are current top Smash Wii U players choosing to have some fun, and some are from a newer generation of players I like to call the New Wave: people who picked up Brawl in 2014 and later, after the release of Smash Wii U. For these players, SSC is an experience like no other in getting to play with accepting people who won’t judge them for their choice in Smash game. Brendan “ADCT” Fox describes the community as “super welcoming” to new players. If you’ve ever felt bullied for your poor skill in a Smash game, in Brawl, “a lot of people make an effort to do the exact opposite.”

It’s rare for Brawl to have locals anymore, so most players play Netplay to get their fix. This makes it tough to know who’s going to perform well any given year. Many players are unfamiliar with the feel of playing offline, on a Wii and CRT with no ping. This makes the tournament difficult to seed as well. Who’s going to play better, a former top player who’s now rusty, or a newer player who has been grinding Netplay? Expect to see some upsets from some names you haven’t heard before. The results of this tournament have some major implications for the next SSBBRank. Whoever can take some names here will secure themselves a spot on the list.


Author’s Note: What are your predictions for Brawl at Super Smash Con? Let us know in the comments!
Last edited: Aug 9, 2018

I can't wait to watch another exciting SSC on stream.
Poor Brawl. It’s a pretty good game, just not completely. At least there is still some who play it.
You must log in or register to reply here.
Share:
Facebook Twitter Reddit WhatsApp Email Link
Top Bottom