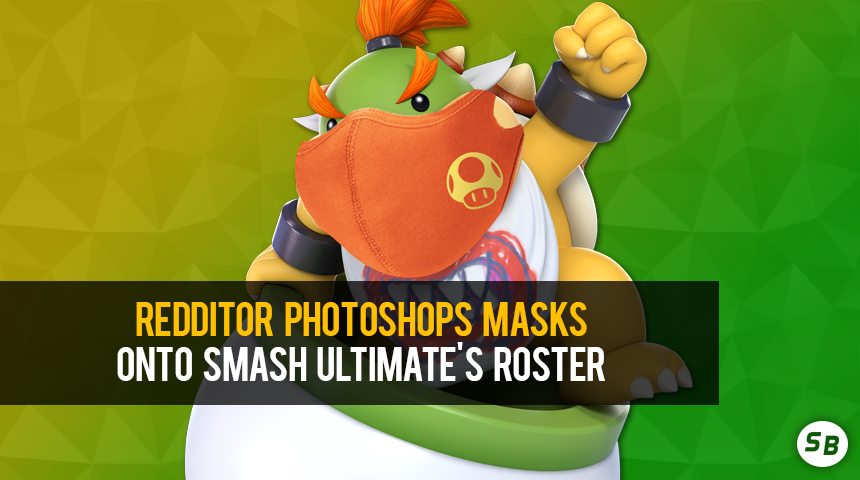 Due to the ongoing COVID-19 pandemic, wearing face masks in public has become a fairly typical safety measure, especially as shelter-in-place orders are being lifted. Spending time cooped up at home has also given quite a few people artistic inspiration. Among them is reddit user Gleed, who put together edits of each Smash Ultimate character's in-game render depicting them wearing a protective face mask.

Most characters are shown wearing a mask with a design and color scheme inspired by their home series, with a handful of notable exceptions, such as Dr. Mario wearing an N-95 mask and face shield. Of course, there are a few oddities, with several characters, such as Samus and Olimar, having existing face coverings that would likely provide more than adequate protection.

Gleed's original Reddit post contains a short video showing off each edit in succession, though he has also uploaded a full gallery to imgur for anyone who wants to get a good look at the full renders individually. The gallery also contains alternate versions of certain characters' renders.

I feel like the mask not being based on Shadow Mario or the mouth bandana on he has on his chest is a missed call
This is going to end in an argument on the effectivity of mask wearing
You must log in or register to reply here.
Share: Facebook Twitter Reddit WhatsApp Email Link
Top Bottom