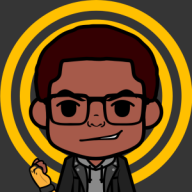 I love the Pokemon trainer returning to the smash game, but there are some things that don't really sit well with me character-wise and the overall upgrade.
Obviously, Sakurai returned the idea of mid-game transformations, hence the ability to switch Pokemon throughout battles. The switch out frame is approximately 38 FAF in switches, making it easier to return to the basis of fighting your opponent. Also, I personally love that we can now change Pokemon midair, because it makes everything a whole lot easier when fighting. Back in brawl, if some of you paid attention, there was this feature where the Pokemon you played as eventually ran out of stamina, which decreased the amount of damage they gave by roughly 30%, forcing you to switch out for better fighting tactics. THIS IS NO LONGER THE CASE, THANK GOD! Now, if you are fluent with the Pokemon trainer, you can play as one of his Pokémon for as long as you please, maybe the entire game if you're only good with one. That's my breakdown of the general Pokemon trainer.


His moveset I would give on a scale of 1-10, a 6, mostly because his moveset holds an "okay" standard. He holds an estimated 5-frame average when landing most of his regular and smash attacks. Now, because he's a lightweight, his moves are weak overall, but usually lightweights are quicker, so that was a legitimate compromise. He's definitely improved since brawl, due to his range getting a massive buff, generally in his smash attacks. His frequent use of his shell armor is reduced, which is a good thing, noticing that his shell attacks were very ****ty range wise. Overall, Squirtle received an okay bulk-up.


I would give him around a 7, mostly because his general attacks have had decent improvements. His tilt attacks were given more range throughout, and his smash attacks are more stronger than before. There are flaws, however. His up smash is still vine whip, which has little range, and recovery. Some of his air attacks are slightly mediocre, leading me to believe that Sakurai and his team didn't really put as much work into him as the should've. Maybe I'll feel a little differently once I get to play as him for myself.


Okay, if you think DeDeDe got a major buff, wait until you see Charizard! I have to give him the best score, which is a 9.5, because he's been upgraded as a lighter heavy character, which means his recovery is much better than before. One thing I find is great is that rock smash is no longer part of his moveset. I didn't like it that much mostly because it had low range and was very difficult to land with precision. that means Flare blitz is it's replacement, and that is the smash attack that got the most buffs. Before, it gave a roughly 16% damage, now it gives an amazing 24% damage, and it can definitely be used as a recovery move. Charizard is now my favorite out of the 3. Before it was Ivysaur.

My biggest issue is the final smash. Maybe it's just my personal feelings, but I still think Charizard should've kept his ability to mega evolve. This sort of lead me to an idea, so you guys can feel free to share your opinions.

Obviously, I'm perfectly fine with not being able to control a character throughout their final smash like Lucario, or Wario, or Little Mac, however, running back to the triple finish as a final smash wasn't a good idea to me. Here's what I think should've happened.

Ken and Ryu have two final smashes, right? So wouldn't be cool if Squirtle, Ivysaur, and Charizard had their own individual final smashes? Squirtle's final smash could be a massive water pulse that can reach a range half way through a stage like Smashville. My estimated damage rate would be roughly 60-75% damage.
Ivysaur can charge up and use a massive solar beam that can stretch the entire stage like Samus or the Mii Gunner, giving the same amount of damage as either of the two.
And Charizard can, of course, mega evolve to Mega Charizard X, and perform a massive flame thrower that can also stretch the entire stage to instantly kill any opponent over 40% in damage.

This is just my opinion, and I'm open to argue with anybody with constructive criticism of my analysis. What do you think?
Last edited: Dec 3, 2018 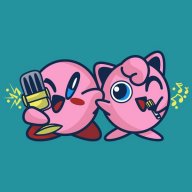 Honestly ivysaur got good buffs to his air attacks, yeah they were crappy in brawl, but they all have better range and damage then before, obviously they are not the best, and squirtle has way better air game. 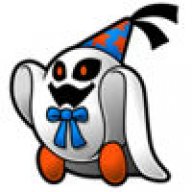 Charizard is probably the worst of the 3 because he's a typical big heavy.

You're going to see him murder people a lot better then other big heavies though, because it's going to take ages for the scene to catch up to him, and because he doesn't need to rack up damage. He's a killer. His job is to recover back to the stage, and then kill people. Everything else is just dressing on top.

The popular style is to only take Charizard out for survival and kills. It makes him very difficult to practice against, because you're only fighting him for about 45 seconds of any given 5 minute pokemon trainer matches. losing his rock smash is a big deal, because that thing used to be a relatively fast superarmor move that did 40% damage in 1 hit, but since Charizard isn't used to rack up damage it's not too big a loss. His kill moves are up throw, back air, up smash, side-b, and sometimes up-b, down-air, up-air, and forward air. both up-b and side-b moves have superarmor if memory serves me right. He kills horizontally well. The easiest way to kill with charizard is to flare-blitz straight into an attack the opponent cannot cancel out of, such as a mis-spaced aerial or any projectile, as charizard will easily bash through almost every projectile in the game while flare blitzing. This also makes Charizard the pokemon that will punish you the most, because it's flare-blitz is extremely good at killing noobs who are unfamiliar with the match-up, or even good players who are familiar with the match-up but make a mistake, as flare blitz shuts down a lot of the projectile spam game single-handedly.

Ivysaur is the best of the 3, a spacing character, and the only one who could maybe stand up as a solo character. He has both kill moves and damage dealing moves. His best spacing option is back air and side-b. His kill moves are up-b, up-air, down-air, and up-smash. His up-b kills are often gained via down-throw or side-b hitstun. Another good way to kill with him is to switch out of him directly into flare blitz; I imaging the scene and playstyles will change a bit once people get used to thinking of ivysaur as having flare blitz. His biggest weakness is how easy he is to juggle, and how hard it is to gain stage control after losing it. It's often easier to switch to Charizard and regain stage control as Charizard then to return to stage as ivysaur.

Squirtle is a rushdown character that cannot kill. His shell is surprisingly hard to punish, and easily transitions into aerials even if you hit the opponent's shield. his bread and butter is down-throw into aerials. His stored-B water gun remains stored on pokemon switch and even KO, so it can be difficult to remember you still have charge on that move.

By design they're all kind of bad, if only because there are better heavies (dedede), spacing characters (villager), and rushdown characters (fox) in the roster. This forces you to take advantage of the switch mechanic to be more effective then a simple solo-main. The pokemon switch is also an excellent air-dodge, and is crucial to both Squirtle and Ivysaur's recovery.

The popular playstyle is the obvious one - combo at low percentages with squirtle, rack up damage with ivysaur until you're put into a tight spot and need to regain stage control, then murder them with charizard until you die. Rinse and repeat.
You must log in or register to reply here.
Share: Facebook Twitter Reddit WhatsApp Email Link
Top