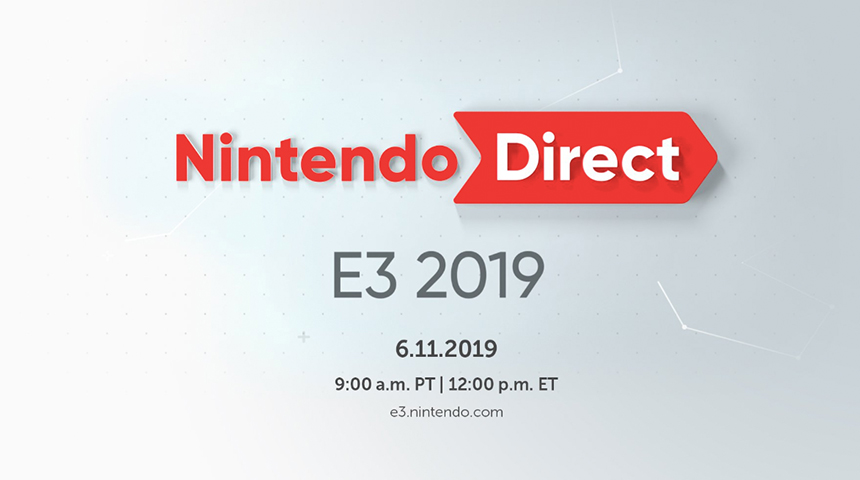 Everyone excited for E3? I know I sure am. I’ve been putting together my predictions for all the possible outcomes for this direct. I didn't go too wild on my predictions, so just consider this a "List of games I think are likely to make a show"

Both of these will ultimately be no shows at the event; given the director’s previous comments I can see more information on Shin Megami Tensei V arriving this year, but I doubt it’ll be at the event. Metroid Prime 4 has already been delayed, so I don’t think we’ll be seeing it either. If we do see one, it'll be Shin Megami Tensei V

Given the demo and the scheduled 2019 release it’s possible that more info, or at least a brief trailer, will be shown here.

Astral Chain was one of those games that was talked about last direct, but some of you are probably googling it up right now. Given Astral Chain’s release in August 30th 2019, I think it’s safe to say we’ll see it at the event.

With this title With']https://www.gamesradar.com/bayonetta-3-release-date/]swiftly being moved in release date[/url] I highly doubt that Bayonetta 3 will make much of an appearance - A teaser trailer, possibly, but nothing grand.

Since Luigi’s Mansion 3 will have a playable demo, I’m predicting this will be one of the biggest showings at E3 from Nintendo.

A final trailer to unload any content for Super Mario Maker 2 that remains to be shown - Even if there’s no new content from this trailer.

Since Fire Emblem: Three Houses is coming out soon, there’s a perfect chance to market the game to people one last time.

Mario is Nintendo’s biggest game IP, and I’ll bite by being a bit more specific about this prediction: I think we’re seeing a Mario RPG. With the yearly churning out of these and no Mario RPG yet to appear on the Switch, I think it’s long due. There’s already a Mario Kart currently on the Switch (even if it is a port), a Mario Party that just released last year, and a sports game, so I feel if we’re to see a Mario game that isn’t a platformer, this is the safest guess.

Given that this is coming out in 2019, I can at least see another trailer.

This will either be one of the biggest games on the show with a lot shown off, or a title that could end up being saved for later. It’s a tough call and really comes down to what else is in store for Nintendo’s lineup this year.

The success of Fire Emblem Heroes and Pokemon GO is hard to ignore - it’s doubtful that there will be much at the event in terms of mobile games, but a Mario Kart: Tour announcement sounds very on the table.

DLC for any games that aren’t Smash

I’ve honestly been thinking about every single title this could possibly happen; the titles either have DLC already, or the ship has sailed for DLC (the biggest example of this being Super Mario Odyssey) - An expansion game or a sequel are still on the table.

As much as I’d like to know more, I’m predicting one character and that the announcement will be more akin to the Joker announcement in April by showing off the new character with some gameplay, a stage, and so forth. Who will it be? Probably Erdrick (Dragon Quest) or Banjo and Kazooie.

The cynic in me says that we’re not seeing another Mario RPG (despite my statements above), Golden Sun, Star Fox, or Rhythm Heaven game. I do think there will be a surprise to be found in 1-2 IP’s, but I have no idea what they’ll be. I’d love to be proven wrong.

Author's Note: What do you think will be in the direct tomorrow? Let us know in the comments below!

My wish is Monolithsoft announce a new title, either a new Xenoblade or an entirely new IP.
A new Mario game would certainly be an unexpected surprise, be it platformer or RPG, although I’m not sure where else they can go after Odyssey.
New Donkey Kong game and DK64 remaster!!

As much as I want this to happen, I don’t expect it...

MarioMeteor said:
A new Mario game would certainly be an unexpected surprise, be it platformer or RPG, although I’m not sure where else they can go after Odyssey.
Click to expand...

What next, Steve from Minecraft?

Although, genius move by Nintendo. They just revealed two fighters at once, meaning less content will be leaked.

Envioux said:
every year i wish for a new advance wars even though i know it won't happen.
kirby air ride 2, too.
Click to expand...

I played Advance Wars: Days of Ruin. I love that game, man. I love the gameplay, I love the story, I love the soundtrack. More Advance Wars games would make the world a better place.
You definitely got Smash DLC right.
You must log in or register to reply here.
Share:
Facebook Twitter Reddit WhatsApp Email Link
Top Bottom