Hey, so I know it's been ages since I posted in this thread, but I feel obligated as its owner to reply to the folks who posted here ages ago.


Lisbon Mapping said:
I fully support! Realistically, we're probably only going to get third parties in the fighters pass, but I'd love to be proven wrong.
Click to expand...

PsychoJosh said:
Did one of the hanafuda cards have a Japanese princess on it or was I just imagining it?
Click to expand...

No, nothing like that. Are you perhaps thinking of the Rainman from the December Bright card? 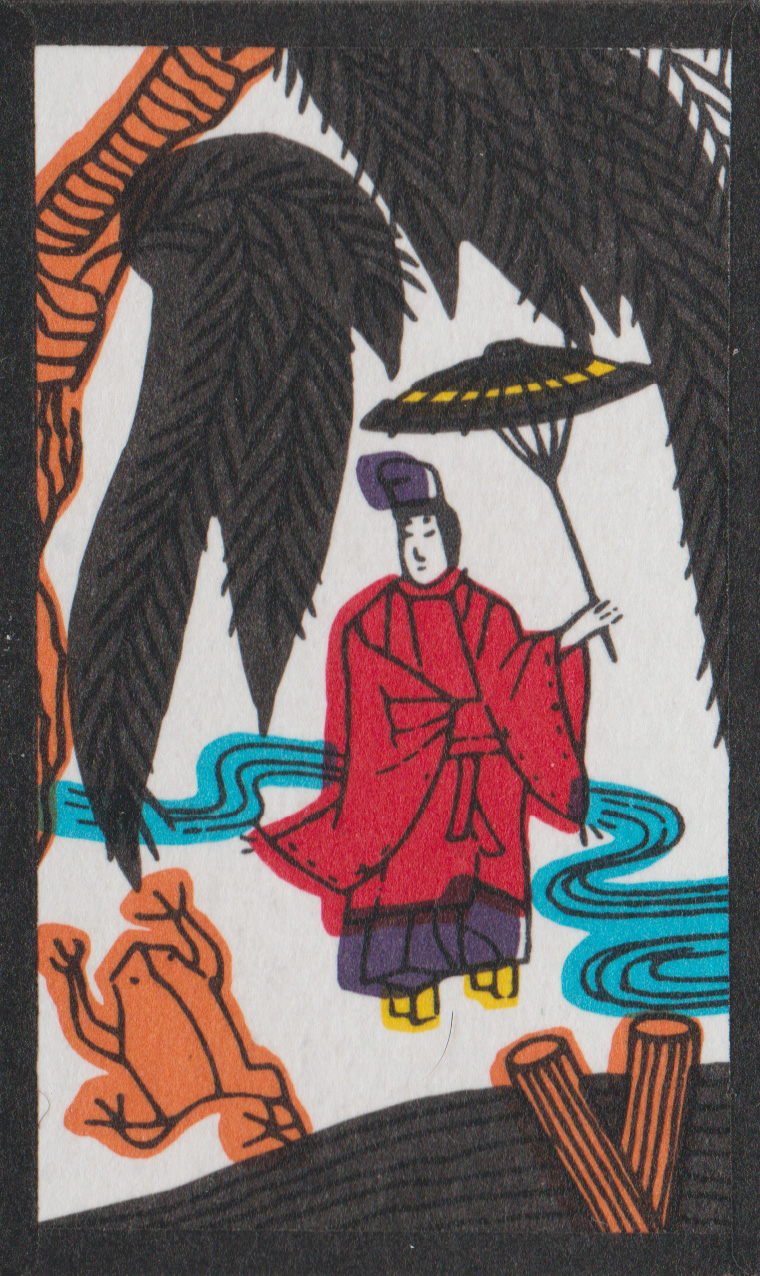 The person on the cards is Ono no Michikaze, commonly called Rainman in hanafuda contexts. The card depicts a legend about the poet:

Wikipedia said:
As the story goes, one day when Michikaze was feeling inadequate about his calligraphy he took a walk outside in the rain. Seeing a frog trying to jump on a willow branch, again and again missing its mark, he thought to himself "Stupid frog! No matter how many times you try you will never be able to reach the willow". Upon thinking this, the willow curved in a big breeze allowing the frog to jump onto the willow. Michikaze then realized "I myself am the stupid one. The frog created this chance with his determination. Up until now I haven't been as diligent as this frog".
Click to expand...

smashkirby said:
With one more Fighter's Pass, what do you all think are the odds Daitoryo would close things out?
Click to expand...

Kirby Dragons said:
I never thought of him as likely at all. Even if he's eligible, he's not who Nintendo would go for.
Click to expand...

Very strongly agree that he's not happening, even if there is an extra character. My theory about historical characters was effectively proven incorrect by Sakurai's Piranha Plant comments. The only chance he has is if Sakurai considers "surprise character" to be a more general category that includes historical characters like Mr. Game & Watch, R.O.B., and Duck Hunt; retro characters like Ice Climbers, Pit, and Little Mac, and simply unexpected picks like Snake, Wii Fit Trainer, and Piranha Plant. However, I think that the implication of his comments about Piranha Plant imply that he views Piranha Plant as the same type of character as the characters I identified as "historical."
You must log in or register to reply here.
Share:
Facebook Twitter Reddit WhatsApp Email Link
Top Bottom