How to Watch Smash Ultimate Summit 3 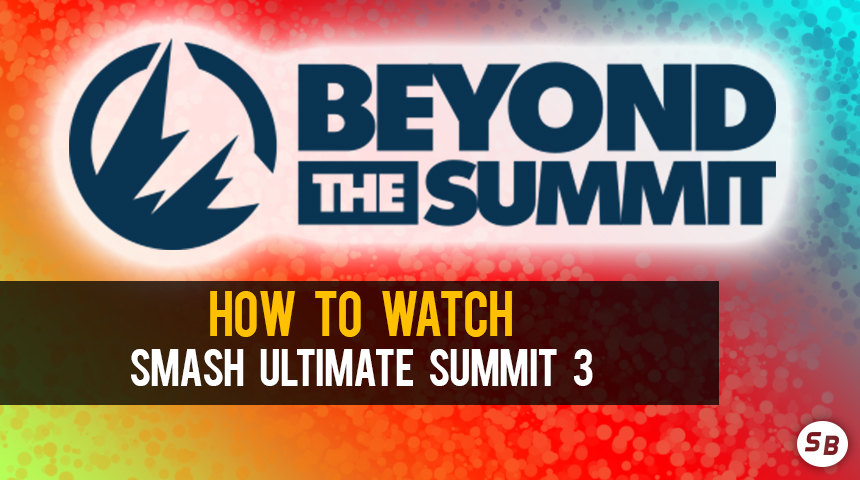 It’s almost time for Smash Ultimate Summit 3 to begin, starting later today and continuing onward until the 29th! Much like Beyond the Summit’s earlier Smash Ultimate events, Smash Ultimate Summit 3 will feature a plethora of strong players. They all either got directly invited, qualified for the event or were voted in. They are:
This time around players will be competing for the largest prize pool in all of Smash’s history, a gargantuan $156,135 USD! The distribution of that prize pool will be settled in singles, with a format that starts players off in round-robin pool groups. If they get first in their pool they'll get seeded into winners of the final bracket, if they get 2nd-4th place they'll be tossed into a gauntlet stage that follows. In the gauntlet, whoever reaches 1st place for each pool gets seeded into winners of the final bracket, and the players who don't get 1st get seeded into losers of the final bracket. That's all very exciting, isn't it? However, Smash Ultimate Summit 3 also has a ton of other things going on! These include a custom stage bracket, the fan-favorite mafia game, and random squad strike singles among many other things. If any of this interests you, please check out the schedule below!

Schedule (all times in PDT):

#UltimateSummit 3 is JUST around the corner 🌞

We have four days of fun ahead of us, and here's when everything is going down!

All of these events can be watched at Beyond the Summit's stream, https://www.twitch.tv/btssmash

Author’s Note: Personally, I'm pretty excited to watch this, really hope my internet doesn't do it's usual thing and make viewing this impossible until there's VODs. But what about you? Are you excited? Please let us know in the comments below!