How to Watch Frostbite 2019 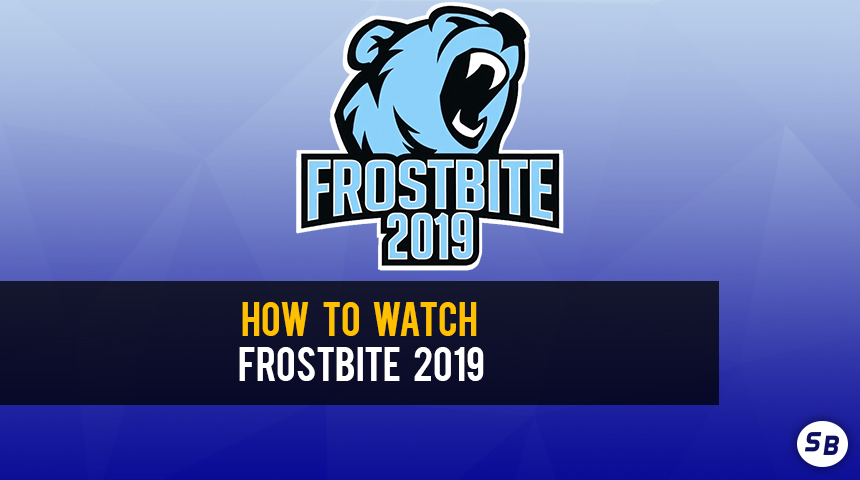 2019’s Frostbite will take place in Detroit, Michigan, beginning on February 22nd and continuing to the 24th, and will feature singles and doubles brackets for Super Smash Bros. Ultimate and Rivals of Aether as the main events.

Frostbite 2019 isn’t just about the main events however, there’s plenty of side events scheduled such as an extra single elimination bracket for Rivals of Aether singles and Smash Ultimate singles and a Smash Ultimate 3v3 Squad Strike bracket. There’s also a cosplay contest, tabletop gaming competitions, meet and greets with TierZoo and Jacob “Alpharad” Rabon IV, and Alpharad’s own casual ruleset invitational for Smash Ultimate.

Even with all that competition from other events Smash Ultimate’s main events are sure to not disappoint. The game is slated to have many legendary players including Leonardo “MKLeo” Perez, Paris “Light” Ramirez, Nairoby “Nairo” Quezada, Samuel “Dabuz” Buzby, and Gavin “Tweek” Dempsey in attendance, so we can expect some very high level play to be displayed at the event. If you’re interested in watching Frostbite 2019, check out the schedule and/or the tweet below.

This pinned post should have everything you need for the upcoming event. Whether you are an attendee wanting to #ComeToFrostbite this weekend or a fan who wants to watch us live on stream all weekend, this is for you:

Why watch Frostbite when I can get Frostbite?

*jumps into a snow bank naked*

So excited for this tournament. The invitational, the crew battle, singles, rivals of aether, the cosplay contest!!! There's so much going on and I love it!
Also, that crew battle trailer was top tier!!
RIVALS SQUAD WHERE YOU AT
You must log in or register to reply here.
Share:
Facebook Twitter Reddit WhatsApp Email Link
Top Bottom