Guide Flux's "How to do obscure things w/ Fox" series!, Video "how to" series 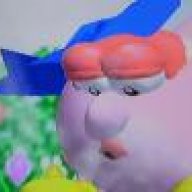 how to beat FluxWolf's Fox in tournament 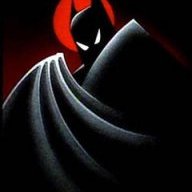 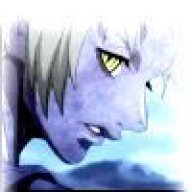 Dude Meneks seriously type them out for me I'll use them! This is all about helping others and myself improve, so everyone is welcome to contribute. I have very little ideas for things that are actually useful/practical enough to make a legit tutorial about...

I guess more or less ideas for instructional videos, and I guess ideas for techy stuff. I want to get some recording equip so I can make 2-3 min combo vids.

At this point it seems the intructional videos already out, cover pretty much the fundamentals of how to play the game, everything else is learned through watching matches and combo vids.


I came up with an idea of a maneuver when you're above someone on a plat form, its a different form of tomahawk.

Basically it could be done out of dash since it involves a shield drop, you basically shield drop, then LATE reverse laser so that you're facing the person then grab.

Usually what would happen if you simply just drop platforms is that you would not be facing them, the LATE reverse laser is so that you will, which would essentially make your movements appear a lot faster and the opponent has less time to react, the shield drop is for swag(LOL, no it can be used to have a point in a lot of situations)..

I think mini combo vids that display new utilization of old moves would be really good. I've been messing around trying to multishine grab people with falco lmaoo, and other stuff like that haha

nice i could def do some stuff involving laser turnaround cancels thanks, keep em coming!

Are you going to smym?

Most likely yep, you and Luke gonna be there?

Yessir, I already called off.

Idk if hes going or not, we need to get a **** ton of matches in. iirc don't you smoke? Lmao gotta get that done as well

Working on the next vid today so look forward to seeing it by tonight, focusing on side+b cancel stuff to show people. I think they can be really useful if implemented into your game properly.

Just put it together heres the link... i know the sound sucks but you don't really need to know what I'm saying anyways, I'll fix my mic for the next one for sure!

In the beginning when you were asking about what options marth has vs the fox side b, The marth could just walk alllll the way to the edge so he shows that balancing animation and d tilt from there? I don't think it could be sweet spotted with a shortened

Yeah I think thats the best/simplest thing to do, I feel like when i use this it's cuz i know a tipper is coming though so idk haha

edit: actually idk I'm gonna test that... cuz you can do longer cancels too.

next one not coming til tomorrow, friend has class tonight so won't have time

Alright so I know a lot of people care, but sorry I haven't been able to stick to my vid a day plan... I did start a streaming schedule though and tomorrow I'll be working on the next episode while streaming! So it will be up soon, and feel free to tune in tomorrow at 10a-7p for some smash! www.twitch.tv/fluxwolf thanks everyone.

Check out a few of my matches, I'm pretty much player 4 the entire time.

Theres matches with trail, tink, and mattdotzeb in there

Theres a bunch of matches where I did terrible but eh

I was watching you guys for a few hours... looked fun, can't wait for SMYM it's coming up soon!

uhh somehow got here while trying to post somewhere else? idk... Give some insight on SHDL. Hearing someone explain things makes me pick them up faster. For example I can multishine and shine oos with much more consistency now after watching some videos and looking at the rhythm while it's being explained.

I'll try and make a simple vid for you Blacktician, though that is something that is very hard to 'show' someone how to do; it mainly requires muscle memory/practice in order to get it down. Most people use Y to jump then B twice real fast but I can't do it that way so I use up on the control stick then B twice right as u leave the ground, first laser should be shot as you're rising up! 2nd one on the way down/at max jump height, thats the main thing to take into consideration when practicing it if it just won't work for you for some reason.

I did however come here to announce that I'm working on the next vid... 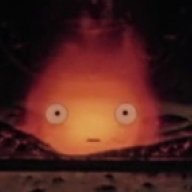 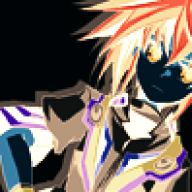 I need help getting more consistent at "the hook" - jump-canceling upsmashes using the X or (preferably) Y button and pressing up on the c-stick simultaneously. I'm not sure when my controller registers the input from the c-stick, so I'm not sure when I mess it up and Fox does a full jump if I'm pressing the stick or the button too early. Any recommendations on how to improve? Currently I can only perform the hook correctly roughly 1/8th of the time I try it. I would prefer 7/8 or 8/8... 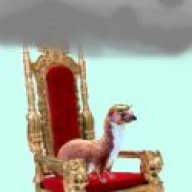 I have an obscure bit of tech for Fox involving side b's. It's more of a fun little thing than anything.

Basically, You know how you can run off platform on certain stages to get a perfectly timed platform cancel on illusion? Well, on Dreamland it seems like it is impossible to do this technique quickly after running of a side platform. However, I've found that the wind blowing affects Fox even during and at the end of the illusion animation, meaning that if you time it correctly, running off of a side platform and doing side b will platform cancel on the other side when the tree is blowing in the same direction as you are traveling.

Not useful at all except in the most convenient of situations, but when it's useful, it could be quite useful. :/ 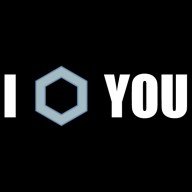 Primeval Weasil said:
I have an obscure bit of tech for Fox involving side b's. It's more of a fun little thing than anything.

Basically, You know how you can run off platform on certain stages to get a perfectly timed platform cancel on illusion? Well, on Dreamland it seems like it is impossible to do this technique quickly after running of a side platform. However, I've found that the wind blowing affects Fox even during and at the end of the illusion animation, meaning that if you time it correctly, running off of a side platform and doing side b will platform cancel on the other side when the tree is blowing in the same direction as you are traveling.

Not useful at all except in the most convenient of situations, but when it's useful, it could be quite useful. :/
Click to expand...
Also, you can dash -> fall -> shine cancel side B in order to edge cancel without the wind. Take a look at the Perfect Dark combo video https://www.youtube.com/watch?v=xwDHs6UXgR8&t=117 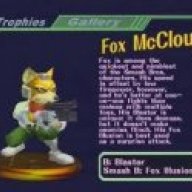 Instead using the jab in a Thunder's combo you can use a down-angled F-tilt.

The F-tilt won't 'jab-reset' your opponent but can set up an edge-guard if they are at a high % where a Thunder's wouldn't work and a shine-Usmash wouldn't kill.

At lower %s you can also get a grab from it if you're fast enough to dash in though it's more of a mix-up as it's not guaranteed-
a regular Thunder's is better unless your opponent likes to SDI your jab.
You must log in or register to reply here.
Share: Facebook Twitter Reddit WhatsApp Email Link
Top Bottom