Everything You Need to Know About the North America Open 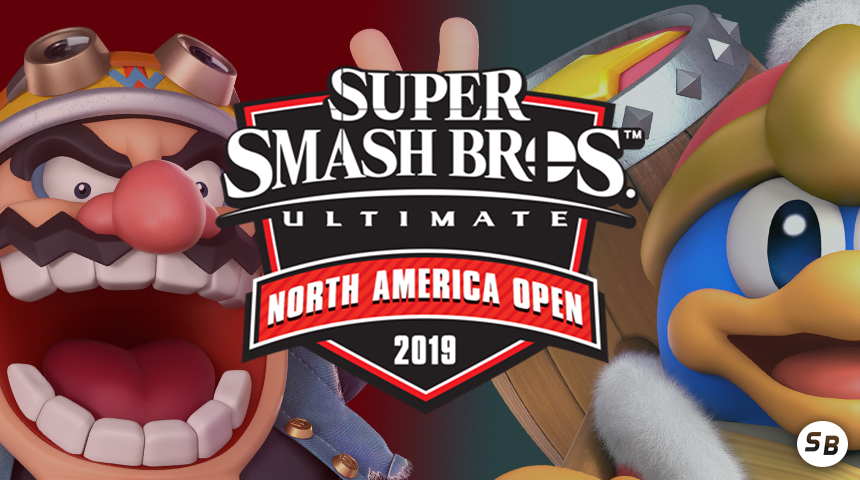 Nintendo’s Super Smash Bros. Ultimate North America Open is right around the corner. Here’s what you need to know if you want to compete in it!

The North America Open will consist of twelve online qualifier events along with a finale where the twelve qualifier winners will compete in person at PAX East on March 30th, 2019. Each region will get three waves of these qualifiers-- the first wave will start on February 2nd, the second wave on February 16th and the third wave on March 9th. The qualifiers will use a best-of-one, single-elimination format using time rather than stocks with items on.

The qualifier finals for these events will be held on separate dates and live-streamed, the first wave on February 9th, the second March 2nd and the third on March 9th. During the qualifier finals, the ruleset changes to best-of-three, single-elimination singles matches with three stocks, items still on. After that, the winners of each qualifier final will be pitted against each other at PAX East. They will start with items on in a best-of-one, 3v3 elimination squad strike round robin bracket with three players on each team. The competitors will then be reseeded based on their performance, into a double-elimination, best-of-three 3v3 squad strike, items on, bracket. The two teams that reach Grand Finals will then play best-of-three, 3v3 tag team squad strike games with items on to decide which team will be victorious.

To participate in these events, you need to pre-register on Battlefy. Don’t procrastinate if you’re interested; each qualifier event is capped at 2048 entrants. If you want further clarification on the rules, the full ruleset can be viewed here on Nintendo’s official webpage.

Author's Note: Are you interested in signing up for the Super Smash Bros. Ultimate North America Open? What do you think about the unorthodox rulesets they are using for this event? Please let us know in the comments!
Last edited: Jan 31, 2019

The only word I can think of to describe this is absurd.

Like, who the **** came up with this excuse for a ruleset?
This is the most legit rule set I’ve heard of in my life. The only way it can get better is with 5v5 squad strikes, custom smash, a 1 stock supersudden death (1 out of 1) for winners finals and for the grand finals a Smashdown with no mercy with 5 stocks, gust bellows only and spirits on as well as custom balancing decided randomly beforehand. By the way, there better be NO banned stages and FS meter better be on the whole time. You also have to go random stage every time to avoid unfair advantages for characters.
Last edited: Jan 31, 2019
Honestly this is the ruleset we should've been using since 2003. How could we have been so blind?
Bruh Hosting A Tournament And Its Not Even Coin Mode Smh

AttackDogs.Co said:
Bruh Hosting A Tournament And Its Not Even Coin Mode Smh
Click to expand...

Coin mode isn’t in Ultimate
I’m sad too
Last edited: Feb 1, 2019
Still waiting on Tourney Mode and Squad Strike for Online just to have some variety. I'm honestly surprised online Tourney Mode wasn't pushed by Nintendo themselves since they made an online tourney event for their other games for the Switch.
Century Smash should be a competitive game mode
Do Nintendo just not care about the grass roots community? If I ever meet the person who came up with this abortion of a ruleset, I'm gonna biff them in the scarf. I'm insulted for those who worked hard to build it to what it is today, and i'm not even one of them lol.

Also, will Nintendo allow the standard Smash to go ahead at PAX? I can see them shutting it down so they can get more eyes on their way of doing things.
I do not know what I love more. The fact that there is a standard rules tournament or the reaction to it. Good stuff.
Why is stamina not included
I’m FrEaKiNg OuT gUyS
Last edited: Feb 1, 2019
this puts me in physical and mental pain
>no spirits
it's like they don't even want to attract the casual audience
I'm tieing the noose as I'm typing this
You must log in or register to reply here.
Share:
Facebook Twitter Reddit WhatsApp Email Link
Top Bottom