A Look At Thunder Gaming's Problems by Omni 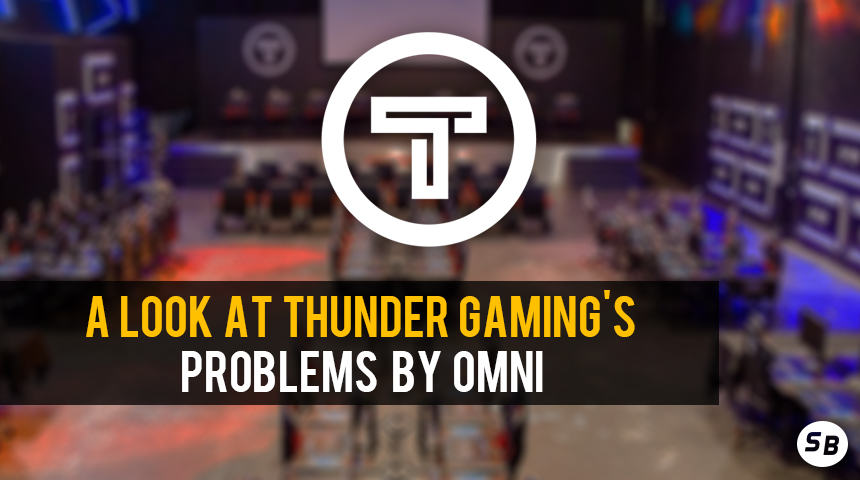 In his most recent video titled The TRUTH About Thunder Gaming, Stephen “Omni” Silver provides an in-depth look at how Thunder Gaming came to be and what led to them being ridiculed by many people within the Smash community. Although Omni is not as critical of Thunder Gaming as others have been in the past (even saying that the people there were very friendly with him), he is not afraid to voice his concerns about what the company is currently doing wrong. A few examples of Thunder Gaming’s problems brought up by Omni include their horrible PR, them being heavily disorganized, and their Cease & Desist letter sent to a Youtube Content creator which they publicly displayed on their Twitter account.


In addition to Omni’s insight and opinions of Thunder Gaming, the video also contains an exclusive clip sent to Omni by Christian Bishop - the CEO of Thunder Gaming who is the source of a lot of the company’s drama. In the clip, Bishop attempts to clear things up about multiple rumors regarding both him and Thunder Gaming that were viewed as detrimental by many.

Omni’s video comes after many notable members of the Smash community have decided to not renew their contracts with Thunder Gaming for 2020. A few of these names include Victoria “VikkiKitty” Perez, Keith “MightyKeef” Ford, and Bassem “Bear” Dahdouh.

Author's Note: What are your thoughts on the Thunder Gaming? Let us know in the comments below!
Last edited: Jan 19, 2020

Princess Rescuer said:
I wonder what the top 10/25/50 most notorious Smash fans are. Am I on the list?

Uh... what does this have to do with the article?
This was about a notorious Smash fan.

I've gotten pushback for my opinions on DLC characters. I hope I'm not that notorious.

Princess Rescuer said:
This was about a notorious Smash fan.

I've gotten pushback for my opinions on DLC characters. I hope I'm not that notorious.
Click to expand...

I mean the article was actually about an analysis of an eSports company, but sure whatever.

Princess Rescuer said:
This was about a notorious Smash fan.

I've gotten pushback for my opinions on DLC characters. I hope I'm not that notorious.
Click to expand...

You are confusing a casual Smash fan who posts on Smashboards with a competitive Smash player who plays and trains for money who are endorsed by companies....