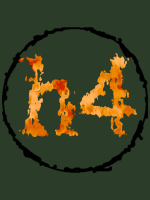 h4
Contributor
h4 is an engineering grad student by day and a game enthusiast by night. He loves chess, Settlers of Catan, Ultimate Frisbee, and of course, Smash. He also has a small YouTube channel: Smash Gambits.
Ten Proven Tips to Improve Your GSP (Number 9 Will Blow Your Mind!)
Today, we’re not just talking about how to get into Elite Smash--we’re talking about 10 proven tips to launch your GSP past the blastzone!
Article Comedy Corner Guide Super Smash Bros. Ultimate
Continue…
Super Smash Bros. Ultimate CAN be Balanced for Competitive Play: Here’s How
Competitive Smash players have long believed it is impossible for the developers to balance gameplay for both casual players and tournament players. Since most of Nintendo's sales are from casual players, the competitive community has always resigned itself to surviving awkward balance patches.

Until now. Read this article to find out how the developers can (and are) simultaneously balancing for casual and competitive play!
Editorial Nintendo Super Smash Bros. Ultimate
Continue…
Top Bottom