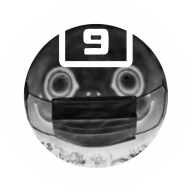 Smash Lord · From I know you're reading this. Vote 2B.