Your Main(s) for SSBU 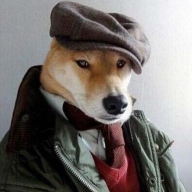 The first character I mained in Smash 3DS and is, by far, my strongest character. I always feel like I have answers to almost any problem when I use him.

Has a very fast playstyle that can consistently apply pressure throughout the match, often forcing opponents to approach and capitalizing on it.

Amazing neutral game with not only one of the best projectiles in the game, but also an f-tilt that goes further than Marth's. Overall, great onstage, but his vertical recovery leaves something to be desired.

A heavyweight that has a sword almost as big as him and hitboxes to match, enough said. 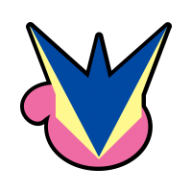 I'm still trying out everybody to be honest! But currently I'd consider my mains being...

- I played them some on the 3DS and didn't mind them and figured I'd try them out in Ultimate. Holy cow did they click with me so far! Landing those green balls into enemies off the ledge feels good! They are a fun character and grossly underrated. I'm also one of the few male ones you'll run into.

- This cat has some personality and those throws and Side B feel really satisfying. I have killed myself plenty though with his wonky recovery though! I was rooting for him but didn't really expect him to click for me as heavy characters usually aren't for me, but he really has and I do enjoy him quite a bit though he isn't one of my bests.

- Always found him generally cute as this little underdog box guy but I'd only kill myself with him on the 3DS. I could barely beat the classic mode in it with him!!! But in Ultimate? He's my highest online currently! I'm so proud of the little boxer man, he was an underdog for my attention going into this and is quickly raising on my personal favorites list! He probably should be over Incineroar at this point, but Incineroar is my most played currently overall.

- I really love the Froakie line, so it's no wonder I love Greninja in smash. I haven't played him as much as the others though, but I'll work on that. I'm not sure I'll end up succeeding with him as much as I'd like though from what I have played of him, but I'm going to try.

Also interested in and have played some of to varying degrees. I keep forgetting to try out . Wolf hasn't been doing so well though honestly, even though he was my most played in Brawl.

- We dem Onett boys. Always and forever. I still have my EarthBound cartridge and the box it came in. Feels good to have Ness play so freaking well in this game. Dair is actually useful again!

- A new character pick. I love his spacing tools and there's something just so satisfying about getting that Up Air *thwack* with the fly swatter to kill a floaty character.

- Honestly I thought I was gonna go Ridley, but K. Rool is just so fun to play. Those hits are so satisfying, and I just LOVE his Ftilt.

- My second main from Smash 4. I don't really like the way he feels in Ultimate - I know some folks think he's way good, but honestly I was really good with him in Smash 4 and here he feels like a downgrade. I still want to keep playing him though because it's fun to watch people lose their minds when the gyro comes out.

- My Star Waifu breaks my heart. She got some of the worst nerfs in this game. Yeah she and Luma have some unique frame perfect techs but honestly its incredibly gimmicky and I feel she's lost much more than she's gained. I may end up giving up on her someday, but for now I still want to try to make her viable.

- Faster, stronger, and longer range, yet still manages to get bodied, plus they cheezed him out of good Ganoncides and footstools. Oh well, none of that matters when you land that SICK SLAMMINDORF DOWN AIR.


I'm passable with and , plus I started trying out and and they're kinda fun... for anime sword characters. I'd like to see if I could get good with and , and I'm actually really excited for .
I

Ganondorf is my main as of now, but I need to greatly improve on him in combos (never really try combos because I'm bad), because at this point, my playstyle is just Flame Choke and Wizkick spam, which probably isn't fun to play against whether you know how to counter it or not.

Samus (mostly Dark Samus though) is my secondary, but all these close calls I have as playing her are just signs of a new playstyle needed. I'm trying to figure out how to use her grab properly, and of course, I need to improve on combos. I don't really like playing Dark Samus though, because it makes me feel oddly edgy. 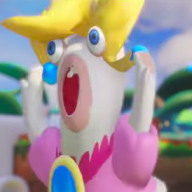 - Best waifu in the game atm and I mained her in Smash 4 too. I love how much surprising stuff you can do with all her moves and what kind of dumb options you can pick sometimes. And this time it feels like I actually have a chance while fighting toptiers!

- Was my main in Brawl and secondary in Smash 4, I love his speed and agility and goddamn an offstage thunder feels good.

- A lot of fun but not main worthy. 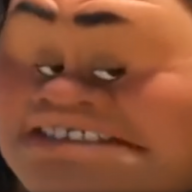 Primary: His bomb is incredible. All that needs to be said.

Secondary: He is far, far better than he was in Sm4sh, better aerials and less lag make him a more viable option

Tertiary: He's fun as all hell

I've been trying out new characters recently and my list has changed tremendously.


Main 2:
Donkey Kong's emphasis on meteor smashes really suits my playstyle as a player who prefers to launch people off and get the spike off on them.

Main 3:
Palutena is a much better version of her from Smash 4, who I tried to main for a while before I realized she was trash even without considering tier placement and dropped her. In Ultimate, she really does live up to her title as a goddess.

Main 5:
Projectile characters are a good counter to King K Rool, who I struggle against. A projectile side smash makes Mega Man quite unique among the cast, and his powerful aerial abilities like Up, Forward, and Down Air allow him to be the king of the skies. Dash attack, up tilt and neutral special allow him to be very reliable in neutral. He has an excellent recovery and has a good answer to projectiles in Leaf Shield.

Main 6:
Ganon's powerful attacks and great offstage killing power made me fall in love with him. Between down air, up air, and Flame Choke, Ganon is very reliable in the air and is a force of nature on the ground. Just don't get launched too far away! 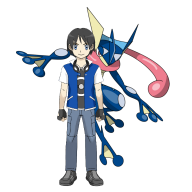 Main : Because he's my favorite pokemon / And I liked his playstyle 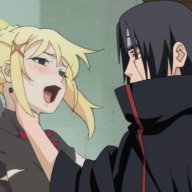 : she is life. Loved her in smash 4 so casual but draws from all the badasses of the game. Wizard foot, header spike kinda like Mario's fair and her movement just feels right for me, she has a freaking charge shot. Deep breathing and header cancels give her a fake reusable item with more axes to work with as well as a limit break. She truly is flexible.
: smash 4 brought me to her. She just gave that generic laugh and from then on i loved her battlecries and just messy vibe. Tbh I miss her old reflect.
: been playing him since Brawl and I think my niche is reusing items and controlling space. R.O.B is my heavy. 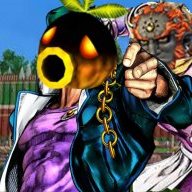 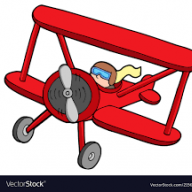 Main 1: I have a lot of nostalgia for this incarnation of the character from the Pac-Man World series, and his moveset is really unique and fun to mess around with people with. I'm still finding new ways to launch the hydrant into my friends.

Main 3: Disable is fun when you pull it off, and I like his floaty physics and powerful psychic abilities. 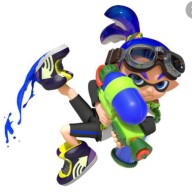 Main 1: He was my main in Smash 4, so I know how to play him, that's pretty much it. Also short hop F-AIRing and landing tipper forward smashes is probably my favorite things to do with a controller or life in general. I do however keep trying to perfect pivot out of habit when I play as him.

Mains 3: The Mario Bros. Obviously I cheated a bit and put two characters here but I use both of them equally or very close to it. Basically I can always rely on one for me to play decently, and I can always rely on one for a good time. Mario was my secondary in Smash 4 because I watched Ally play and was inspired and he's a very easy character to pick back up so I didn't feel the need to train that much with him so I could focus on Marth. Luigi is just hilarious to me. I never really touched him until a few months before Ultimate because he never made sense to me. Then I found the down throw into pretty much every thing else combo. But in Smash 4 I couldn't do a lot of things necessary to play him like mash down-B or land up-B. So I gave up on playing him. I did still play him but only online, because for some reason when I tried to play in the most confusing way possible I'd win with ridiculous stuff like using side-B three times in a row and landing a miss fire, or rolling 11 times and then down smashing. But now in Ultimate you don't need to mash down-B and I don't know if they made it easier to land up-B, but I've been landing it a lot more than I did. Gimping someone with the new plunger Z-air made me laugh out loud.
Last edited: Apr 6, 2019
You must log in or register to reply here.
Share:
Facebook Twitter Reddit WhatsApp Email Link
Top Bottom