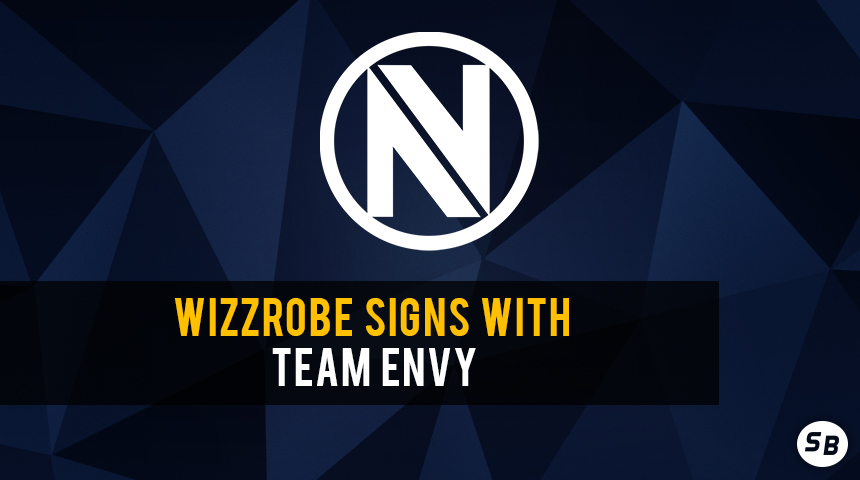 Finally, THE TIME HAS COME.

I am now @Envy Wizzrobe!

I'm more excited than words can describe to be given this opportunity from the Team at Envy! #TeamEnvy

More motivated than ever to win.
Thank you. pic.twitter.com/eifpbGTcnv

Team Envy, formerly known as Team EnVyUs, is a Dallas, Texas-based esports team that started in 2007 in the Call of Duty scene. Since then, the team has expanded into many games and according to Forbes is the tenth most valuable esports team, worth about $95 million. Currently, they are most known for their Overwatch League team the Dallas Fuel. Wizzrobe is the first player in any Smash game that Team Envy has picked up.

Wizzrobe has spent by far the most time as Melee’s best unsponsored player. In fact, on last year’s MPGR, he was the only player in the top 15 without a sponsor. It’s surprising Wizzrobe didn’t get a sponsor any sooner, with his impressive performances over the years. After he won Smash ‘N’ Splash 5 with two wins over Juan “Hungrybox” Debiedma, the Melee world collectively held its breath to see what sponsor would be lucky enough to pick him up. He was the first to win a major tournament with Captain Falcon since Joel “Isai” Alvarado at MOAST 3 in 2005. Showing his multi-game prowess, Wizzrobe also managed to place in the top 8 in Super Smash Bros. Ultimate.

With Wizzrobe now sponsored, the next best unsponsored player is Edgard “N0ne” L. Sheleby, whose sponsor Allegiance folded earlier this year. We’ll have to see if N0ne’s Captain Falcon can attract a sponsor as effectively as Wizzrobe’s.

Author’s Note: Do you think sponsors are becoming more or less interested in Melee? Let us know in the comments!

Ever since Wizzy won Smash N’ Splash 5 with falcon, I was hoping to see a team sponsor him because of how skilled he is, especially since falcon hasn’t won a major in an extremely long time. Looks like I don’t need to worry so much anymore, as that wish has been granted.
This is awesome!
About damn time.

Making Falcon relevant again is in itself a feat.
He was bound to get signed after that Smash N' Splash win, he is the first Falcon to win a super major since, I believe, Isai at MLG Los Angeles 2005

14 years without a Falcon super major win, that is insane! So happy for Wizzy, he's an absolutely nutty Falcon.
This is a memorable moment. R.I.P Hax
He should've been signed back at Zenith 2013, but it's nice to see him finally get the call.
Seeing another high tier organization like Envy enter the scene is a really good sign towards the future, especially within Melee; large orgs don't tend to sign too many Smash players, but it encourages them all to have at least one or two high profile players. Hopefully this also leads to more monetary stability these players dipping in and out of donation goals to attend majors.

hazrdous said:
He was bound to get signed after that Smash N' Splash win, he is the first Falcon to win a super major since, I believe, Isai at MLG Los Angeles 2005

14 years without a Falcon super major win, that is insane! So happy for Wizzy, he's an absolutely nutty Falcon.
Click to expand...

It depends on what qualifies as a supermajor. I debated putting either Moast 3 or MLG LA 2005, because while MLG was later, Moast had a larger bracket and better competition. Either way, it's been quit a while.
You must log in or register to reply here.
Share:
Facebook Twitter Reddit WhatsApp Email Link
Top Bottom