January 2016 has come and gone, and with it, a huge month for Smash 4. The start of 2016 was an incredible rollercoaster, with the second largest Smash 4 tournament of all time and major announcements regarding the game's future. As per usual with the series, the State of Smash 4 takes an in-depth, comprehensive look into Smash 4's competitive metagame during the past month, including community news, major tournaments and various other events. Without any further delay, it's time to get started with January's events for Smash 4.


Character Developments​
With the patch coming in February, tournaments would be running the same version for this entire month. Cloud hype was definitely still ripe, as Komorikiri, M2K and others were playing Cloud at this point and tearing through players. Cloud's appearance in singles events was actually less observed compared to his appearance in other formats, notably Genesis 3's doubles and crews. Three of the 16 players in Top 8 doubles, for instance, were Clouds, with an all-Cloud team taking 4th and Ranai/Komorikiri taking first with a Villager/Cloud team, making one of the most intense doubles Grand Finals sets of Smash 4.


Grand Finals of doubles, lasting 52 minutes.
​
Crews, on the other hand, saw Japan's team absolutely dominate with Komorikiri as the backbone, crushing stocks out of many teams and clutching it out in Crews Finals. In addition to Cloud being all the rage in doubles, singles saw plenty of Cloud, with many players picking him up due to his strong abilities. Players like Rain, M@V and more picked up Cloud and saw additional success.

While many characters had their own splashes and moments in the spotlight, there was one character that dominated singles this month, and that's Meta Knight. Many top-level Meta Knight players have had lots of success this month. Despite Leo, considered to be one of the best Meta Knights in the world, being absent at Genesis 3, Meta Knights came in full force; Tyrant, Ito and Abadango all placed within the top 64 at the event, with Tyrant placing 13th. PAX Arena saw Jbandrew taking 5th with a solo MK. Tyrant saw major success in the 2GGT series, placing 4th in the ESAM Saga, and 1st in The False Awakens. Abadango took 1st in the Niconico Tokaigi Championship, triumphing over Nairo, Komorikiri, and others with his Meta Knight.

January 15th to January 18th saw one of the most anticipated tournaments of all time, namely, Genesis 3. Genesis took the spot of the January supermajor of 2016 due to Apex being targeted for a Spring date. Wii U had 3 major events, including Singles, Doubles and Crews.

Nearly every major player and big-name Smasher was present at the tournament. North America brought the entire arsenal: ZeRo, Nairo, Dabuz, ESAM, Vinnie, Void, and others brought out their best for the event. Mexico brought out power players like Hyuga and Regi, though Leo was unable to attend. Europe brought big names like Ixis and Mr. R. Japan, however, was in full force. Ranai, 9B, Komorikiri, Abadango, Nietono, Rain and many other Japanese players were in attendance to have a chance at winning Genesis 3.

Singles started off with a variety of upsets. Nairo was 2-0'd by Hyuga's Toon Link early on. Rain was sent to Losers by 6WX, and Trela lost the Ryu ditto against DJ Jack, to name a few. Shockingly, Losers saw the defeat of a handful of big names: 9B lost to Zex, Abadango went out at 49th thanks to Zinoto, Vinnie was defeated by MrConCon, and Mew2King was taken out by Big D. In the end, 32 competitors made it out of Pools, though some were in places that weren't expected.

Top 32 saw some interesting matches, including ones that may have been expected in top 8. Losers Round 3 saw Nairo and ESAM duel in a close Game 5 set, with Nairo attempting to use Dr. Mario but finding more success after switching back to ZSS. Larry Lurr, after getting sent to Losers in a 3-0, went on a strong Losers run, taking out Fatality, 6WX and Mr. R in incredibly close sets to make it to Top 8. After Komorikiri, one of the potential picks to win the event, was taken out by Mr. R, he was taken out by Marss. These grueling matches led the world into the Top 8, consisting of ZeRo, Dabuz, Ranai and FOW in Winners, and VoiD, Larry Lurr, Nairo and Marss in Losers.

Genesis 3's Smash 4 Top 8 is likely one of the best Top 8s that the game has ever seen, with the world's finest being present and long-awaited matches finally happening. ZeRo was met with fierce opposition by Dabuz in Winners Semis, barely clutching out a 3-2 victory, and Ranai took advantage of the Ness/Villager matchup to score a 3-1 and meet ZeRo in Winners Finals. Losers saw VoiD and Larry Lurr duke it out, with VoiD taking a 3-1; Nairo and Marss had back-to-back games before Nairo took game 4. After FOW was taken out by VoiD, Dabuz's set vs Nairo gave him an incredible amount of momentum. Not only did he 3-0 Nairo, he defeated both Ranai and VoiD in 3-1 sets, allowing him to meet ZeRo for the runback from Apex 2015. In the end, ZeRo managed to clutch it out against Dabuz in a 3-2 victory, winning Genesis 3's Smash 4 Singles.

Doubles was quite intense as well. A major upset happened early on, with ZeRo and Nairo, the team poised to take the event, taken out in Round 1 and sent to Losers by Marss and Pugwest with a 2-0. The long run featured many other grueling sets, but most of the expected picks made it to Top 8. Cloud was a mighty force in terms of character selection, however; 3 of the players in Top 8 played Cloud, including Nietono and Rain's Cloud-only team. However, Winners Finals ended with Ranai and Komorikiri's strong synergy slamming down Abadango and Mr. R to Losers with a 3-0. After a bracket reset, Ranai and Komorikiri clutched it out and stood above Nairo and ZeRo. The full set can be viewed above.

Alongside singles and doubles, Crews ran. Ten teams from around the world brought together some of their best players to enter crews. America brought forward SoCal, NorCal, Midwest, Texas, MD/VA, Southwest, Tristate and Florida. On the international front, Japan and Mexico appeared. With world-class players in attendance and entering on various teams, including Komorikiri, ESAM, ZeRo, Ranai, Regi, Hyuga, FOW, MJG, and many others, it was a spectacle.

Japan came as a dominating force, with Komorikiri and Ranai being major anchors for the team. After driving through many other teams, they met SoCal in Grand Finals for a brutal gauntlet. In the end, Japan clutched it out against them with only two stocks remaining. Ranai acted as the MVP throughout the entire set, taking out 6 stocks and surviving to incredibly high percents through masterful DI, techs galore and ample use of Lloid Rocket.

Tournament Spotlight​
While Genesis 3 was the main event of the month, there were plenty of other big tournaments that occurred. Here's a few of the ones worth watching for January:

The Smash 4 Backroom Tier List v1.0​
On February 1st, a few days before the brand new patch was released, the Smash 4 Backroom unveiled their very first tier list for Smash 4. With the new version on the horizon, it works as a great snapshot for the 1.1.3 metagame, adding Cloud into the mix for a total of 56 characters. 50+ voters were gathered to help with the creation of this list, assigning characters into 20 individual tiers, with no differentiation per tier. Voters included many of the game's top/high level players, various community leaders, and so on.

Here's the official graphic for v1.0.​
The very first 4BR tier list was released along with an announcement from the 4BR regarding the tier list, which can be read here.

Green arrows indicate the player has advanced in rankings; red indicates a drop in rankings. Players are listed by their Smashboards account.
​
You can view the complete list here. The Smashboards Rankings System holds tons of brackets and info for many Smash games, and holds a history of brackets all the way back to 2002. If you want to help out with this major project, check out the application thread and the Tournament Rankings forum.


Community News​
January 2016 had plenty of news and major announcements to cover. Here's a timeline of many stories that happened this month:


In Review​
2016 started off with a bang. Here's a quick summary of many of the events that have occurred in January:

Looking Forward​
February 2016 has already started off strong. Here's a few of the events and developments that occur during this month:

Closing Words​
It was no surprise that this would be quite the month for Smash 4. With Genesis 3 now said and done, it gave way to 2016 and the growing amount of events that are popping up. With the release of the new content, the meta for Smash 4 will surely reach new heights in this wild ride.
Last edited: Mar 8, 2016 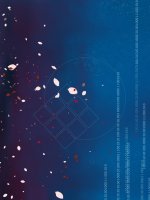 Edit: missed it by that much...
Last edited: Feb 13, 2016
It sure has been an amazing yr so far and happy to see it growing so much everyday.

Liberation said:
Nintendo announced that they would be partnered with Nintendo on January 8th.
Click to expand...

I think something is off there...
Yeah, my bad; it's been fixed.
I...didn't know that Ganondorf was supposedly the bottom of bottom tier. What.
tfw mentions abadango out at 49th losing to zinoto but doesnt mention who knocked him in losers

hint:
<<<
Petition to ban the use of "clutch" for State of Smash February edition.
The fact that there's already a tier list without Bayoneta and Corrin is strange since they probably knew they were right around the corner
Genesis 3 chat was cancer tbh
You must log in or register to reply here.
Share:
Facebook Twitter Reddit WhatsApp Email Link
Top Bottom