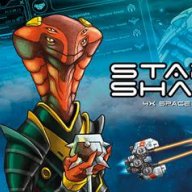 Note: This support thread, especially its intro comment, is currently a work-in-progress. I also don't know how to submit a support thread to a moderator to get it approved.

The Imperial is a class from the dungeon-crawling JRPG series Etrian Odyssey; a class that unleashes ludicrously powerful attacks using a vibrating, engine-powered sword called a Drive Blade, the most notable weapon in the Etrian Odyssey games.

What kind of playstyle could the Imperial bring (besides using a sword, for those that are tired of sword users)? Well, probably one where the Imperial unleashes slow, but highly-damaging strikes that take a while to be used consecutively.