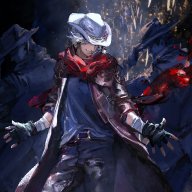 Welcome to the Roy matchup discussion. 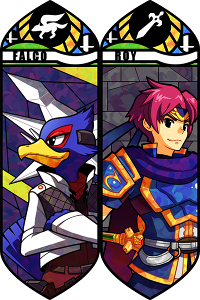 All credit goes to Quas-quas for the original images.​
Here's a link to the main post: SSB4 Falco Matchup Discussion - Main Post. This will be more for general matchup discussions like making a suggestion and such. Or, you could head over to the social thread and ask there: Where We Prefer The Air And The Points Don't Matter!. Or PM me if you really have to, but don't make a habit out of it.

Oh, and if you guys and girls want to play each other to have fun or learn about the MU, check out the NNID and FC sharing thread on the Falco boards: http://smashboards.com/threads/anyone-want-to-exchange-nnids-or-friend-codes.386513/.

There's also the regular NNID and FC sharing threads in the Online discussion if you just want to ask anyone to play.

Notice: Some rules, guidelines, and tips. Some of these are a given since you joined any forum.

1. Be respectful of each other. No insults, no trolling, no flaming, or any of that nonsense.
2. Be aware that some of the discussions can and will be old, so don't call out someone for "wrong" data if that post was referring to say, patch 1.0.3 stuff.
3. Be impartial; learn to see things from other sides. So, don't boast about all the advantages. Notice weaknesses and strengths from both parties.
4. Stay on topic.
5. Have fun.

And here is a frame speed ranking of their regular attacks and grabs - no Specials yet, sorry - to clear up on things since sometimes a move may feel slow, but it's actually fast and vice versa. Plus more information doesn't always hurt. Data from Roy's Frame Data and http://sixriver.web.fc2.com/ssb4/Character_data.htm - search for ロイ. 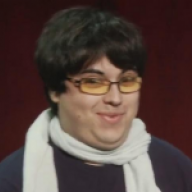 Falco's grabs are slower than Roy's. In a game like Smsah 4, where shields come out frame one and they're a really good option, but in the air... that neutral air and back air are really scary against him. Smash attacks, theyre kinda the same and in the tilt area, Falco wins.

The problem with this matchup for me is the difference in killpower. From what I've seen with Roy, he wants you up close and the base of the sword sweetspot kills almost everyone early. Falco, though he has some of the best edge guarding and some pretty strong smash attacks, I'm curious on how he can fight Roy in that difference.

Overall, I see it more as a tie. Roy's a really strong character with garbage recovery, which in Falco's case can edge-guard the hell out of him, but Roy's kill power makes up for that. I'm kinda torn. Anyone can help me out? 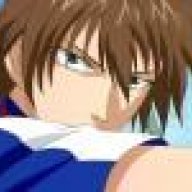 The artist formerly known as 'shmot'

I don't really see edgeguarding roy as a very viable option. His UpB has super armor and a really large hitbox. I've actually never managed to trade a fair with it (and I've tried many times).

Haven't really fought Roy with Falco, so I'm gonna take your word on it.

Attila_ said:
I don't really see edgeguarding roy as a very viable option. His UpB has super armor and a really large hitbox. I've actually never managed to trade a fair with it (and I've tried many times).
Click to expand...
It only has super armor on the ground, but since it's a disjoint and disjoints are hell for Falco, it's not going to be fun. At least it doesn't stage spike as quick as Dolphin Slash. There's also Roy's magnet hands which is the longest ledge grab range I have ever seen.

Ffamran said:
It only has super armor on the ground, but since it's a disjoint and disjoints are hell for Falco, it's not going to be fun. At least it doesn't stage spike as quick as Dolphin Slash. There's also Roy's magnet hands which is the longest ledge grab range I have ever seen.
Click to expand...
Roys and Mario's magnet hands... ughh. But Roy's Up special disjoint is actually bad for Falco? How so? I'm still kind of a new Falco main, so I'm not 100% sure how to play this character 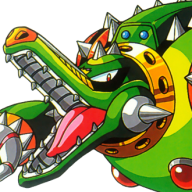 I actually play some Roy hard body as well but not often did i do this MU left me post some of my thoughts on the matter.

Roy is a scary mofo once he has you pinned down in the corner. He's as fast as Shiek running wise and his air speed is 3rd best in the game however alot of his frame data is pretty similar to Macina so there's that and Roy wants to poke at you, tech chase you which his down tilt can help do at higher percents which knocks down and setup traps and corner you that that's is when is most scary and especially with rage. Almost everything he has is a kill move BTW from dash attack, up tilt, f tilt, smash attacks to all of his specials so you always have to cautious. And his grab game is pretty good down has some good combos at low to mid percents especially on fast fallers and fatties and a setup throw so at higher percents please don't airdodge otherwise if the Roy reads it prepare to eat a flare blade, f tilt or f smash and Roy has combos off of f throw at low to mid percent as well and up throw being a kill move as well. D tilt is also safe on shield and Roy can keep on poking your shield till you do something like jump roll or something else if you roll away it's whatever Roy wants to corner you and if you roll towards him you asking to get hurt if Roy reads it. Flare blade is also a good move with kill power when it's charged around halfway through and flare blade has little cool down so always trying to attack Roy after it is a big risk cause you can eat a jab, up tilt, f tilt, down tilt, down smash, up B which has super armor grounded and is a kill move and worst of all F smash if you blindly charge it and what I have been doing for people not used to Roy is allow myself to get hit to condition after flare blade to think it's unsafe to throw out on whiff then at higher percents and they are used to attacking me thinking its a punish I drop a f smash, f or f tilt when their back to the ledge. Speaking of the ledge flare blade is also decent at beating ledge jump, neutral get up and can trade or beat get up attacks for a couple of characters IDK about past the 100% mark since there is less invisibility frames on ledge the higher percents as well but i imagine it would be better. As for Roy's offstage game he can't go as deep as Marth due to his heavier weight, fast falling nature and recovery so he can instill fear into you with fair and kill you off stage and fair you even more on some stages with platforms like SV and T&C with Roy wants to SD himself while trying to kill you and if you start air dodging off stage he can use flare blade and try to kill your airdodge and as for his ledge trumps bair is pretty much it along with flare blade and can hit on the ledge along with d tilt and down smash so no F smash on the ledge unless your head and your hitbox is poking above the ledge which F smash hitting is a maybe still need more testing as for stage spike Roy usually want to conserve his jump or a bair or follow his opponent and up b along with you.

Falco wants to be in people's grill and Roy wants to corner you and pin you down and both wanna kill each other early especially Falco cause rage insert move here by Roy is not fun to deal with and edgeguarding Roy can be a little tricky cause of his up B and trading but Fair gimps are fun vs him and stealing his jumps with blaster. Your punish game wants to be on point cause you don't want him getting momentum and bodying you at a percent you don't want to be at. He does have less range than Marth outside of his f smash cause he steps forward before swinging hitting tip f smash is meh at times. As long you play smart keep up the juggles and pressure and don't let him get momentum swinging in his favor than Falco should be fine as long you stay away from the edge cause of sweetspotted f smash. As for Roy stages SV is ok, T&C is fun for him cause of the side blast zone, BF is good, FD is meh, Lylat is mixed cause of the tilting of the stage in my experience, Halberd is good for Up smash and up B kills, DH is ok and Delfino is ok for him as well and i can't comment much on CS with Roy i don't go there often. If I find more info regarding the MU i'll post them here but IDK what ratio to give this MU.

I will post these links for the curious and studious folk though. 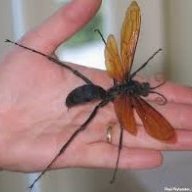 I'm not sure about Falco being in people's faces. He's more a bait punish who exerts pressure in the air. Roy has tools, but for all extensive purposes, Roy loses, hard.

Falco can simply perfect shield through Roy's SH fair, and then proceed to juggle him, which is easy because Roy's pretty heavy.
Falco's starting jab is excellent in comparison. Roy is essentially combo fodder.

The only hope I can see Roy having is that the players are fighting on a small stage where Roy can take advantage of his mobility, and the Falco main screws up an OOS option.