Smashboards, the world’s largest competitive Super Smash Bros. community, has entered a sponsorship agreement with Syndicate 2016, a multi-day international European event for both Melee and Smash for Wii U and the biggest Dutch tournament to date. Smashboards will make a contribution towards the TO budget and will help promote the event through its social media network.

“As longtime members of Smashboards, we are happy to receive support from the website that our community saw its beginnings on. This will boost our means to make Syndicate the best event it can be and serves as a reminder that Smashboards truly is the home of the competitive community.”
- Syndicate TO Staff

The sponsorship is a continuation of support for the European Smash community, which has included deals with Sweden’s BEAST series and streamer GeekyGoonSquad before.

Smashboards is the largest community of players and fans of the Super Smash Brothers series. Established in 2000, the site boasts over 200,000 members and over 19,000,000 posts, reaching over a half million unique Smashers every single month. The hub of the Super Smash Brothers community, members contribute nearly 10,000 posts daily, discussing everything from Smash strategies and news to Smash tournaments. Visit www.smashboards.com to join the Smash community today. Smashboards is a property of Xyelot LLC.

The Netherlands has the oldest scene in Europe, hosting their first tournaments within months after Melee’s PAL release in 2002. In the 14 years since, the Dutch scene has grown exponentially and brought forth players like Amsah, Zgetto, Jeapie and Mr-R.

Syndicate is a collaboration between the TOs of the country’s main tournament series, Avalon and GGWP, who have left their mark with frequent events featuring players from all over the world. It will take place on September 10th and 11th in the country’s central hub for events and festivals: Jaarbeurs Utrecht. Recently, the TO team started posting updates for confirmed top players, which up till now include the likes of Armada, Android, Professor Pro, Mr-R, iStudying, S1, Jeapie, Zgetto and many more. The Smash 4 tournament will notably be played out with 3 stocks, as tends to be the norm for European majors.

For more information, you can visit www.syndicate-events.com or check out the event listing on Smashboards. Registration has gone live over on Smash.gg.
Last edited by a moderator: Jul 22, 2016 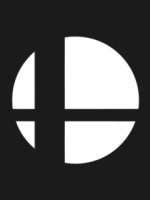 Smashboards
Home Of The Smash Community
Originally founded in August 2000 under the formal name of 'Smash World Forums', Smashboards has served as a home and central hub for the Smash community as it's grown from its humble beginnings to the globally recognized scene it is today.

This site grew a lot over time to sponsor.
"The Netherlands has the oldest scene in Europe"

Why are we being told the URL for Smashboards in an article on Smashboards?

Spak said:
Why are we being told the URL for Smashboards in an article on Smashboards?
Click to expand...

It's a news article, so Syndicate will post it on there website probably and some other news organization might use it.
YES NETHERLANDS YES.
Welp, I'll expect a Link in top 8 then, since it's Europe.
Huh, haven't heard about these "Smashboards" guys before. They sound cool, tho. I'll be sure to check out their forums later.
No Izaw yet . I hope he shows up!

notsuchabadguy said:
Huh, haven't heard about these "Smashboards" guys before. They sound cool, tho. I'll be sure to check out their forums later.
Click to expand...

O heard there is a cool user there call Mew - 2Chainz. I hope I get to meet him.

Mew - 2Chainz said:
O heard there is a cool user there call Mew - 2Chainz. I hope I get to meet him.

Wow could you be anymore obvious??? I mean WOW.

notsuchabadguy said:
Huh, haven't heard about these "Smashboards" guys before. They sound cool, tho. I'll be sure to check out their forums later.
Click to expand...

Again WOW with the obviousness, just WOW.... I heard there's this badass on this site... but his name is certainly not Sasori of the Red sand.
Lets hope this goes well and becomes a great event everyone can enjoy.
To re-iterate, my name's not really Larry.

Radical Larry said:
To re-iterate, my name's not really Larry.
Click to expand...

... Oh? But then why name yourself as something your not... not asking for your real identity but still... I honestly thought it would be the coolest thing if someone went on anything as their real name but different.
Please stay on the the topic of this article. Thanks.
I will attend this shieeeeet bois
... I'm assuming then your from the Netherlands? good luck m8, your gonna need it.

Spak said:
Why are we being told the URL for Smashboards in an article on Smashboards?
Click to expand...