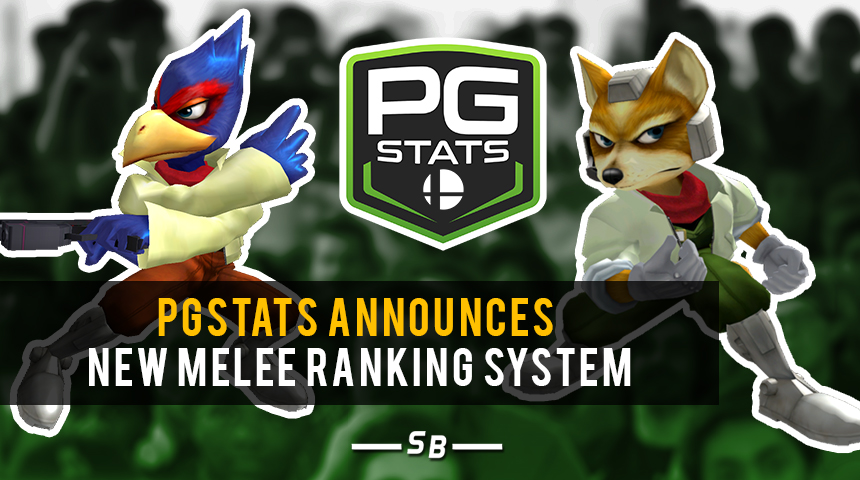 Panda Global Stats (PGStats) announced on Twitter that they will be taking charge of the Super Smash Bros. Melee ranking system. Working alongside the Melee It On Me (MIOM) team, they are set to produce the next top 50 ranking through a series of published articles, the first of which is set to be released on July 23rd. Melee rankings will continue to be released twice a year.

The MIOM rankings have long been driven by prominent Melee statistician Daniel “Tafokints” Lee and his unique method of ranking players through a combination of ballots and statistical analysis of tournament results. With his new job at Counter Logic Gaming, Tafo has found that his workload is too much to handle while properly continuing the ranking system on his own. He will, however, continue to contribute to the new ranking system as an advisor.

PGStats stated that their new ranking system will stay faithful to the long respected MIOM system and will utilize polling and tournament statistics to create their list of top players. The system will use a new form of statistical analysis under Andrew “Practical TAS” Nestico, a gifted statistician in his own right.

For those unfamiliar with Panda Global and their history with the Smash community, PGStats has been praised by the Smash 4 community for their impressive work on the Panda Global Ranking, a ranking for Smash 4 players, currently sponsors prominent Melee players like Justin “Plup” McGrath and Zain “Zain” Naghmi, and even co-created events like Too Hot to Handle, a Miami tournament that was held in 2017.

You can learn more about PGStats and the new ranking system by visiting their blog!
Last edited: Jul 5, 2018